Mali heads to polls despite coronavirus and fears 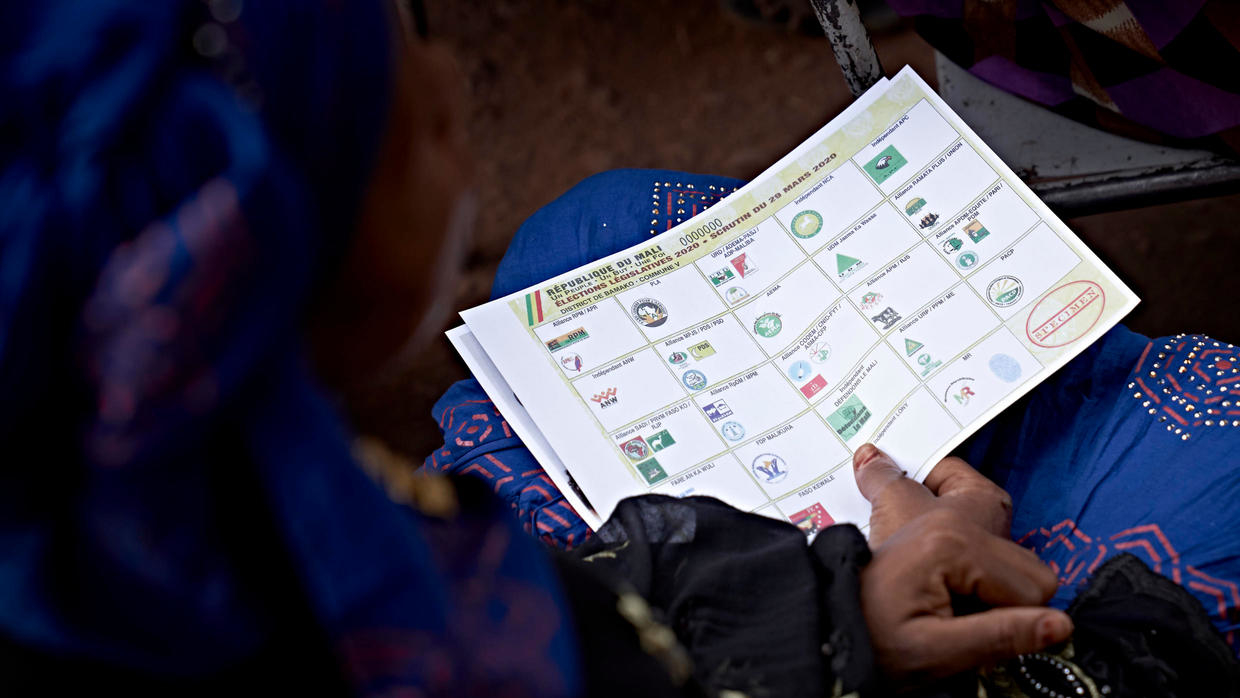 Malians headed to the polls on Sunday for a long-delayed parliamentary election just hours after the country recorded its first coronavirus death and with the leading opposition figure kidnapped and believed to be in the hands of jihadists.

There were security fears about the vote even before the war-torn West African country recorded its first coronavirus infection on Wednesday.

Some 200,000 people displaced by the near-daily violence in Mali’s centre and north will not be able to vote, because “no mechanism has been established” for them to do so, a government official said.

There were also fears that the impoverished state of some 19 million people—where large swathes of territory lie outside state control—is particularly exposed to a COVID-19 outbreak.

Late Saturday, just hours before polls were scheduled to open at 0800 GMT Sunday, the country’s first coronavirus death was announced, with the number of infections rising to 18.

The poll will see new MPs elected to the 147-seat National Assembly for the first time since 2013, when President Ibrahim Boubacar Keita’s Rally for Mali party won a substantial majority.

Parliamentary elections were meant to take place again in late 2018 following Keita’s re-election, but the poll was postponed several times, largely due to security concerns.

After Sunday’s first round vote, a second round is scheduled for April 19.

Casting a shadow over the vote is  the fate of veteran opposition leader Soumaila Cisse, who was kidnapped on Wednesday while campaigning in the centre of the country.

Cisse, 70, who has been runner-up in three presidential elections, and six members of his team were abducted in an attack in which his bodyguard was killed.

He was “likely” being held by jihadists loyal to Fulani preacher Amadou Koufa, who leads a branch of the al-Qaeda-aligned GSIM active in the Sahel, according to a security source and a local official.

Cisse and his entourage were probably now “far from where they were abducted,” the security source told AFP.

The government’s election spokesman, Amini Belko Maiga, has admitted that voting conditions were not ideal.

“It’s true that we cannot say that everything is perfect, but we’re doing the maximum,” he said, referring to the threat of coronavirus.

He added that hand-washing kits had been distributed in the countryside, while in the capital Bamako, authorities would make masks and hand sanitisers available.

Cisse’s Union for the Republic and Democracy (URD) on Saturday urged its supporters to turn out in even greater numbers.

“In these difficult times our country is going through, more than ever, the party’s activists are resolutely urged to redouble their efforts for a massive participation in the March 29, 2020 elections,” the country’s main opposition party said.

However several other opposition parties called for the vote to be postponed due to coronavirus fears.

The country has been plagued by conflict since 2012, when rebels captured much of the country’s arid north.

Jihadists overtook the rebels in the north and swept into the country’s centre, accelerating a conflict which has killed thousands of soldiers and civilians.

Despite the numerous difficulties, experts nonetheless hope that Sunday’s election will lead to reforms that might drag Mali out of its cycle of violence.

In particular, the hope is that the new parliament will implement reforms from a peace agreement brokered between the Bamako government and several armed groups, in Algiers in 2015.

Implementation has been painfully slow, although this year saw the Malian army deploy units made up of both former rebels and regulars, one the provisions of the Algiers agreement.

The pact also provides for the  decentralisation of governance in Mali, a demand of some of the rebel groups.