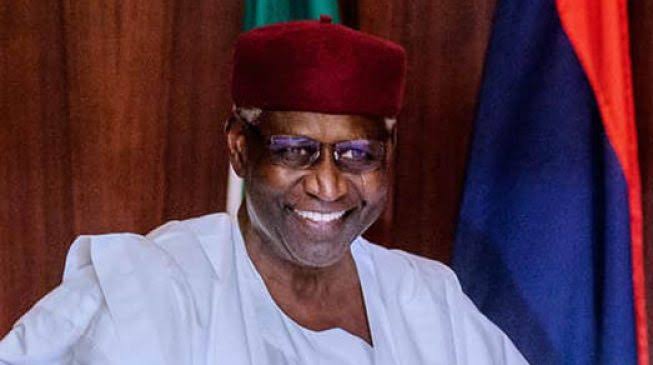 Anyway within weeks Malam Abba had moved to the Newsroom and was an articulate member at the daily editorial conferences. Moreover he and I became firm friends ever since. If I recall correctly we both left the services of New Nigerian within a short time of each other.

After New Nigerian, Malam Abba worked at NDDC and Zamfara Textiles – a state-sponsored investment company and a private manufacturing outfit – valuable experience in later life – and soon grew out of those jobs.

Constantly striving to improve himself he went to Warwick University in England -where General Gowon also attended after leaving Nigeria as Head of State – and acquired an Honours Degree in Sociology and thence to the world-famous Cambridge University where he graduated in Law before returning to Nigeria.

When a group of sponsors including Malam Ahmed Joda, Mr. Philip Asiodu and Malam Isma’ila Isa Funtua floated a new newspaper, The Democrat, Malam Abba was nominated and unanimously accepted as its Editor. His previous experience in the New Nigerian and his quality education enabled him to run the newspaper with aplomb.

Malam Abba served as Company Secretary with the burgeoning African International Bank. But as I said Malam Abba grew out of every job he held hitherto.

when Mr. Hakeem Bello-Osagie assembled a team of investors and managers to help revive the collapsing UBA, Malam Abba was persuaded to join the group and after weeks of diligence the group acquired UBA and Malam Abba joined the Bank as a Senior Executive. Needless to relate, he eventually became the Bank’s Chief Executive and on retirement was persuaded to remain as non-executive Vice-Chairman.

These times coincided with the country’s return to democracy and Malam Abba was among those enthusiastically espousing the cause of General Obasanjo. On his selection as PDP candidate, a group of women and youths in the PDP lobbied Obasanjo to pick Malam Abba as his Vice Presidential running mate. After heated debates, Obasanjo eventually picked Alhaji Atiku Abubakar.

In the 2003 elections, Malam Abba was in opposite camps with President Obasanjo. General Muhammadu Buhari had declared his intention the previous year to contest the presidency and Malam Abba joined his team and worked wholeheartedly in all the campaigns through the drudgery and injustices of the 2003, 2007 and 2011 elections without losing hope or sight of the ultimate goal.

Perseverance paid off and in 2015 General Buhari under the banner of APC (an amalgam of CPC, ACN, ANPP and break away factions of the PDP and many other smaller parties) won the Presidential elections. To his great surprise, the President appointed Malam Abba as the Chief of Staff.

Fortified by the rigours of a Cambridge education and varied experience in Banking, industry, investment and journalism, Malam Abba set himself the task of defining the role, functions and status of the Chief of Staff. He started by consulting previous incumbents of the position he could reach as a way of educating himself of the challenges ahead of him.

All future Chiefs of Staff will henceforth be judged by the benchmark of Malam Abba Kyari. Next, he assembled a team of very competent staff who worked incredibly long hours, 7 days a week to analyse, itemize, disaggregate knotty problems and advise the President. Malam Abba was an exacting taskmaster and his staff were relieved if he travelled outside the country. But to a man they valued, respected some even liked him.

Malam Abba was at odds with many senior members of the government on economic policies. Many Nigerian elites tend to lean towards the Bretton Woods one-size-fits-all solutions long discredited and demonstrably failed in so many so-called Third World countries. Malam Abba tended to look inward for solutions and was not an ideologue. He was heavily influenced by two Nobel Laureates, the great West Indian Economist, Professor Arthur Lewis and the eminent Indian Professor Amartya Sen, the latter Malam Abba frequently called to exchange views.

Despite holding firm views, his advice to the President was dispassionate, even-handed and did not hide unpleasant facts, in the best traditions of public service. In point of intellect, he stood above all Ministers and Special Advisers in this government. But personally he was modest, ever willing to learn, ever willing to help others.

Malam Abba leaves a widow, the estimable Hajiya Hauwa and four children, Aisha (Amma), Nuruddeen, Ibrahim and Zainab. The children have all been well educated and are able to pursue their own careers.

Few people knew that over ten years ago, he turned his house in Maiduguri (since he no longer resided there) into accommodation for IDPs. At some stage there were 75 people whom Malam Abba was feeding, clothing and looking after; in addition to their children’s education. Later, the numbers got larger. Malam Abba never said a word to anybody about this. Amma and her siblings are not the only orphans Malam Abba left!

He lived a fairly simple life and habitually wore a red cap, white clothing and black shoes. He had to be forced by his friends to change the cap and he wore the shoes to the ground before buying a new pair!

According to hospital reports, his body fought hard in face of deteriorating complications, but his time had come. We remember him with sadness in our hearts and tears in our eyes…