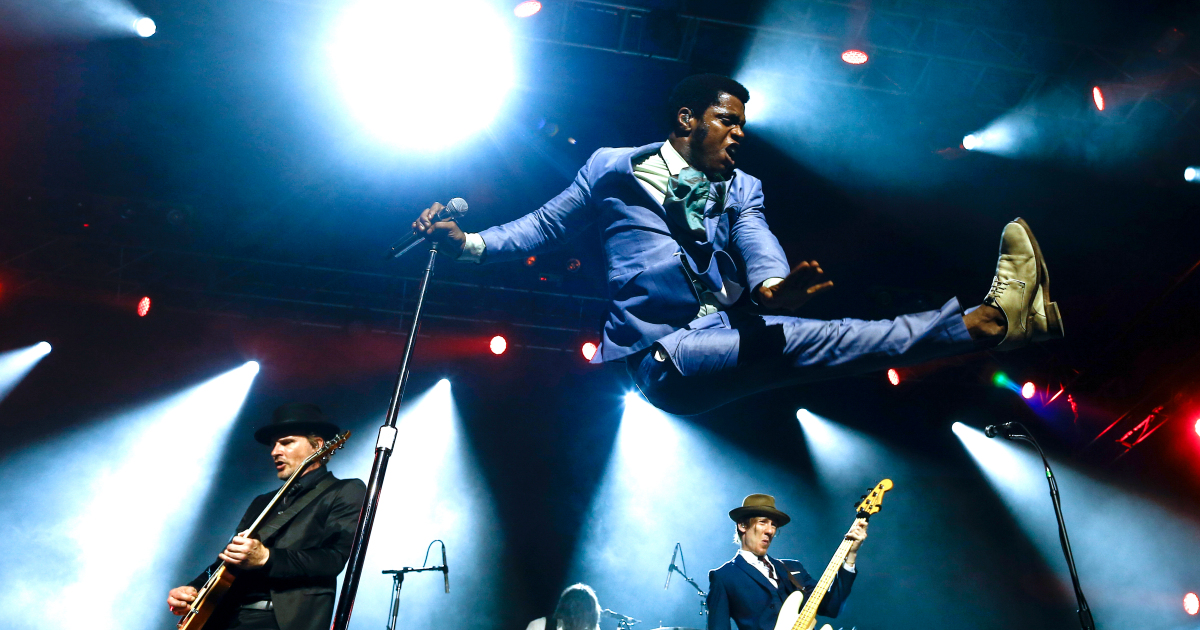 Melbourne, Australia – Peter Noble recalls the moment he had to shut down his music festival only hours before it was due to open.

“That was a shock-horror, trauma situation for not only me but my entire team,” he told Al Jazeera.

Noble is the director of Bluesfest, an annual Australian music festival which has seen stars such as James Brown, BB King and Norah Jones perform on stage.

Held in the popular coastal tourist destination of Byron Bay in northern New South Wales, the award-winning Bluesfest draws about 25,000 people into the region, generating millions for the local economy.

However, the effect of COVID-19 saw the festival closed by Australian health authorities the night before it was due to open, on the basis of a single case in the region.

“We were ready to go and we were in discussions right up until the night before the cancellation by public health order,” said Noble. “I still shake my head and go: ‘Did that course of action, was it the only one available?’

The 2021 cancellation earlier this year came after last year’s event being called off. In 2020, they were given three weeks’ notice.

The cancellation of music events due to the coronavirus has hit the Australian music industry hard across the board.

Not only have large festivals like Bluesfest been shut down, smaller pub gigs have also had to close, tours have been cancelled and even the capacity to rehearse and record restricted due to ongoing lockdowns.

Economic modelling by consultancy firm PwC Australia indicates that the Australian music industry was worth 1.82 billion Australian dollars ($1.36m) in 2019 – a figure expected to plunge as much as 90 percent in 2020.

Stalwarts of the Australian music scene You Am I saw their 32-year march come to a near halt in March 2020 as a result of the pandemic.

The band members live in different Australian states and due to restrictions on travel, even had to record their new album remotely.

“We just had to adapt,” bass player and manager Andy Kent told Al Jazeera. “We’ve managed to get a record made somehow when we weren’t even in the same state.”

The Australian music industry has traditionally relied on touring and live performances to generate income and for artists to gain exposure.

You Am I, who began playing together in 1989, understand full well the importance of live performance for new and emerging bands.

“If you’ve got 2,000 people in a room, your merch [merchandise] sales will be up,” said Kent. “And if you tour a lot, that’s a lot of people who are engaging with you and therefore your profile goes up and more chance you might played on the radio or your record sales will go up.”

Kent tells Al Jazeera that while You Am I were fortunate to have more than 30 years of experience and a solid loyal fan base to draw on, the lack of touring and performance opportunities creates a huge challenge for new and emerging bands.

“That fundamental core playing in front of that amount of people is very important to the music business and those touring bands,” he said.

Yet emerging Indigenous soul singer Kee’ahn rose to the challenge, releasing her debut single Better Things in the middle of 2020.

With her home city of Melbourne in the midst of a months-long lockdown, Kee’ahn felt it was actually the right time to launch the song.

“I was like, I really want to put this song out because I love it and I think it could be helpful during this stage of everything,” Kee’ahn told Al Jazeera.

With no opportunity to perform live or tour to support the release of Better Things, the song still attracted radio airplay from the online release alone and even won an award at the 2020 National Indigenous Music Awards.

“Everyone was online [due to the lockdown] so it blew up that way,” Kee’ahn said.

The singer – whose name means “to dance, to sing and to play” in the Indigenous Wik language of her family – says the lockdown has opened online opportunities that many musicians may not have previously considered.

“Personally, I’m really interested [in how] Tik Tok and Instagram have influenced how music and [how] artists can capitalise off streams and start a music career without really doing any live gigs,” she said.

However, despite the opportunities from online engagement, Kee’ahn also acknowledges the limitations.

“It’s not the same doing it online via Zoom,” she said. “But it’s highlighted how more accessible music can be online for folks who cannot go in person. I [still] think live music is really important.”

“I just don’t want this to be the end of live music major events in Australia as a result,” he said. “I see people turning to streaming events and that really concerns me.”

Musicians and artists were able to access the Australian government’s Jobkeeper allowance, a minimum wage welfare scheme designed to assist workers who became unemployed due to the COVID-19 fallout.

Noble says live music, in particular, is vital, not only for the concert-going experience for audiences but also for the income it generates for musicians.

“As the earnings from CDs became basically zero and streaming is zero, the music industry is reliant on live performance for its income,” Noble said.

“And I now start to see streaming events occurring replacing live music events. I can guarantee you the payments from those for the artists do not equal or come anywhere near what artists get paid for live performance.”

Noble says the Australian government should support the music industry in the same way that it has supported the return of sports.

Tens of thousands of people can now attend sports matches and an Olympic team has been sent to Tokyo, despite Australia having some of the most draconian travel restrictions in the world as a result of COVID-19 – to the point that even citizens have been unable to return home.

Yet rigorous social distancing measures have dramatically reduced live music venue capacities and laws prohibiting dancing have even been enacted.

“There’s a joke that goes around the industry that all the musicians should run on the stage wearing a football jumper and kick a ball into the audience and we won’t be cancelled,” said Noble. “But there’s a lot of truth to that joke.”

Despite the challenges that COVID-19 has presented, Noble is organising Bluesfest for the third time.

Now to be held in October with an all-Australian line-up, he says it was “very difficult for us to rise up and get off the mat.”

The festival – and live music – may yet be tested further.

COVID-19 has returned for an encore and Sydney is in lockdown amid a new outbreak driven by the more transmissible Delta variant.