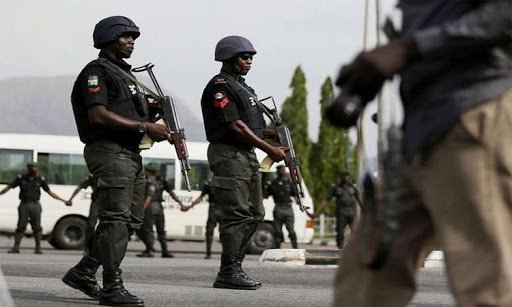 The Commissioner of Police,  Lagos State, Mr Hakeem Odumosu, and heads of other security agencies in the state have assured residents of protection of life and property during the lockdown period.

The Lagos State Police Public Relations Officer (PPRO)  DSP Bala Elkana, made this known in a statement released on Sunday and made available to newsmen in Lagos.

Elkana said the Police, Army, Air Force, Navy and the Department of State Security (DSS) had embarked on a team patrol across the state to boost the confidence of residents.

“The commissioner and other speakers addressed residents of the various communities in English, Yoruba, Igbo and Hausa Languages.

“The commissioner of police reassured of the unwavering commitment of law enforcement agencies in the state to protecting  lives and property,” he said.

Elkana said that the CP advised residents to shun rumour mongering and the spreading of fake news.

“Odumosu  described the rumour making the rounds on social media that a gang of criminals known as ‘one million boys’ was planning to attack some communities in Lagos state as baseless.

“The CP said the command, in the last four months, had incapacitated the gang and other criminals with the arrest of over 800 suspects, and recovered  over 40 different firearms.

“The commissioner on assumption of duty launched a special operation known as ‘Special Strike Force on Social Miscreants’ with a mandate to identify the various cult and gangs in the state, isolate them, and bring them to justice.

“The operation, which is intelligence driven, took the battle to their doorsteps, targeted their top hierarchy and dealt decisively with them.

“The war against cultism and gangsterism requires a collective approach,” he said.

Elkana said that the CP  urged community leaders, traditional rulers, religious leaders, landlord associations, among others to support the ongoing onslaught on criminal elements in the state.

He also urged parents to monitor the activities of their children and wards and ensure that they were not recruited into any criminal gang.

“The spontaneous creation of vigilante groups by youths in various communities, which is one the of the principles of community policing, has to be monitored and controlled by the police for quality assurance.

“Such vigilante groups must conduct themselves in a way that their activities will not create more tension and panic.

“This can be witnessed in the manner some of the groups in the last few days, were seen displaying dangerous weapons and burning tyres,” he said.

According to Elkana, the Nigeria Air Force has deployed helicopters to join those of the police on aerial surveillance in the state.

“Both the air force and police helicopters have been seen hovering around and providing air support to the Special Forces on ground.

“They are working closely with operatives from other services to provide round the clock patrol and surveillance across the state,” he said.

Elkana said  the command appreciated the Lagos State Government and its citizens for their support in the ongoing onslaught on criminal elements.

“Odumosu also thanked the Inspector General of Police for supporting the command with both human and material resources in combating crime in the state.

“The commissioner assures residents that, ‘no stone will be left unturned’ until Lagos state is completely rid of criminal elements,” he said.

Elkana said that tension had reduced in all the communities visited with the heavy presence of policemen on patrol, and in other parts of the state. (NAN)