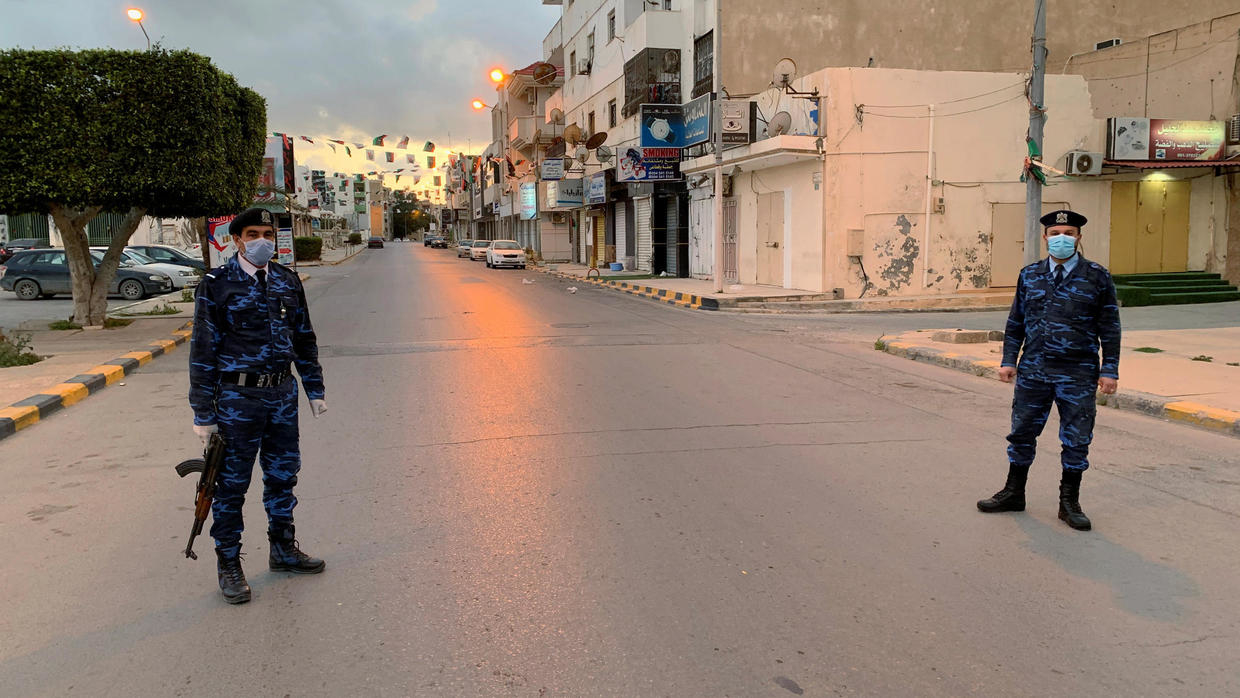 Libya’s UN-backed government based in the capital, Tripoli, has announced a lockdown that will last 10 days starting on Friday to slow the spread of Covid-19 in the war-torn country. Meanwhile, France is pushing for the UN Security Council to discuss the implementation of ceasefires in the world’s worst conflict zones to curb the deadly virus from taking further hold.

The besieged Tripoli administration ordered the shutdown of all large markets and non-essential shops in its territory, and banned cars from the roads.

Citizens wearing masks may venture out by foot from 8am to 2pm, the statement said. Banks, a main source of crowding in recent weeks, would also close.

The government, which rules a shrinking corner of the country’s west, had initially left it to local officials to impose most of the restrictive orders. But as confirmed infections rose to 35, including one death, it accepted a proposal from the National Center for Disease Control to take harsher steps.

On Wednesday, French President Emmanuel Macron said he hoped the five permanent members of the UN Security Council – Britain, China, France, Russia and the United States – would “in the coming days” be able to discuss and endorse UN Secretary-General Antonio Guterres’ call for a ceasefire to all conflicts in the world, including in Libya, in order to tackle the Covid-19 pandemic.

Guterres has warned that the deadly virus is threatening international peace and security and that it can potentially lead “to an increase in social unrest and violence that would greatly undermine our ability to fight the disease”.

Macron, who spoke to FRANCE 24’s sister station Radio France Internationale (RFI) in an interview on Wednesday, said he has pushed for the five permanent members to hold a video conference, and that he is now only waiting for Russia’s President Vladimir Putin to accept the invitation.

“When he does, we can have this video conference and therefore endorse it (Guterres’ call) with great solemnity, strength, and even more efficiency,” he said.