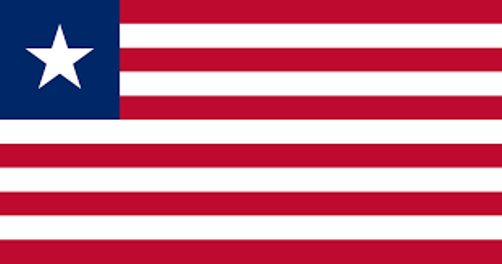 The Government of Liberia through the Ministry of Agriculture (MOA) has launched the National Oil Palm Strategy and Action Plan (NOPSAP), identifying oil palm as one of the priority crops to spur agricultural growth and development under Pillar II of its Pro-Poor Agenda for Prosperity and Development (PAPD).

The Ministry of Agriculture on Thursday, April 14, 2022, officially launched the five-year strategy and action plan on oil palm production in the country at Corina Hotel in Sinkor, Monrovia.

Agriculture Minister, Jeanine M. Cooper, at the launch said the initiative is important but stressed a need for the establishment of an oil palm development fund.

She praised the Liberian palm oil as being the second agricultural export with high quality acceptable worldwide.

Madam Cooper encouraged partners in the oil palm sector to use the Action Plan to develop the sector and boost Liberia’s oil palm industry.

She said with the five-year oil palm strategy, she believes affected communities would now have a clear roadmap to benefits necessitated by the social corporate responsibility of companies in the operating areas.

“This strategy will go a long way in developing our palm oil sector and providing unity in the affected communities,” the Minister added.

She stressed that the strategy will help in the commercialization of palm oil in large quantity.

At the same time, Mr. Galah Toto, Lead Coordinator of the National Oil Palm Strategy said the plan is intended to access finance for sustainable palm oil development in the country, among others.

Moreover, the Swedish Embassy’s representative at the launch, Mr. Jenkins Flahwor, promised the Embassy’s commitment to work with the MOA in areas that are of priority to the country.

Mr. Flahwor indicated that the Swedish Embassy has a 5-year strategic plan covering biodiversity, climate change, amongst others, and as such, there would be areas in the National Oil Palm Strategy that could be supported by the Government of Sweden.

The launch of the National Oil Palm Strategy and Action Plan highlights the genesis of palm oil production in Liberia.

According to the strategy document, prior to the civil war, the government here solely owned oil palm plantations. Plantations were also owned communally with aid from the government and managed by cooperatives or held under trusteeship by managing communities.

But the situation has now changed, and production of oil palm is being done by medium and smallholders as well as concessionaires. Oil palm is the most widely grown tree crop in Liberia by about 21% of households, which accounts for approximately one-tenth of employment in the agricultural sector.

The NOPSAP aims to guide public and private institutions, small to large-scale producers, technical and civil society organizations participating in the sector to achieve common objectives. The overall goal of the NOPSAP 2021 -2025 is to place the oil palm sector as a strategic engine for national and inclusive rural economic growth.