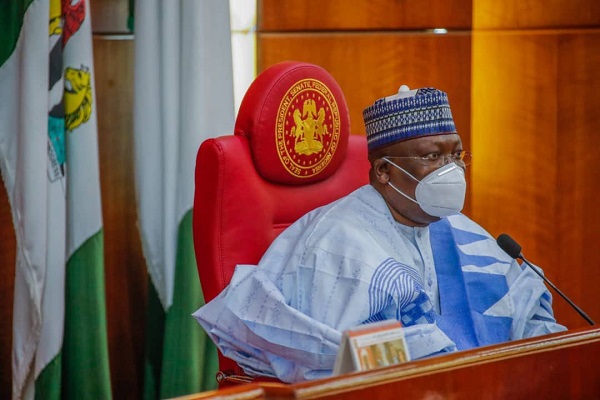 The President of the Senate, Ahmad Lawan, sent his felicitations to the government and people of Yobe state on the occasion of the 31st anniversary of the creation of the state.

Lawan in a personally signed statement, acknowledged the contributions of the past and present leaders to the development of the state and urged the people to continue to promote peace and security in the state and give maximum support to their leaders.

The statement reads: “I felicitate the government and people of Yobe State as we mark the 31st anniversary of the creation of our dear state.

“I salute the founding fathers for their dream that gave birth to the state. I also thank the past and current leaders of the state for their commitment and dedication to the collective aspirations behind the creation of the state.

“Yobe State is our collective pride and its development will continue to be the focus of our people.

“Yobe state has experienced tremendous transformation over the years. Like every other state, however, our state has its challenges but with continued unity of purpose among all Yobeans, these challenges will serve as opportunities for further development of the state.

“Let us all continue to promote peace and unity in the state and give our maximum support to the government of the state.

“I specially congratulate my friend and brother, the Governor of the state, His Excellency, Mai Mala Buni, for sustaining the tempo of development in the state. Your Excellency, let me assure you of our continued support for your administration.

“Governor Buni has demonstrated great capacity and commitment in handling the developmental and other challenges of the state. I am confident that with the continued support of all Yobeans, he will take our state to greater heights”.