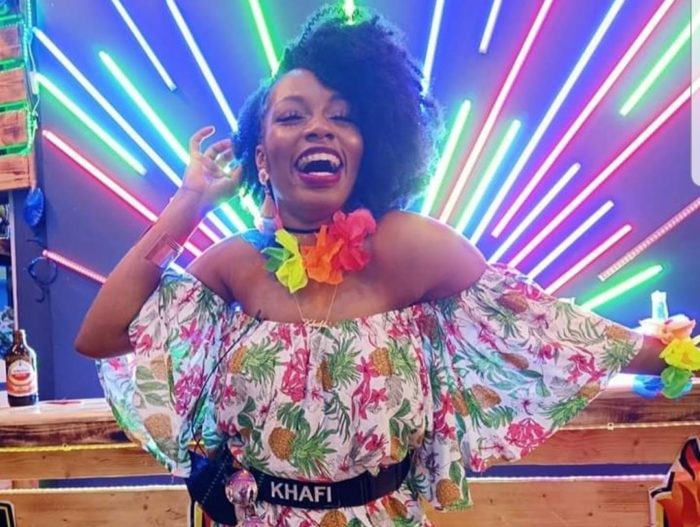 Khafi Kareem has been evicted from the ongoing Big Brother Naija season four.

News Agency of Nigeria (NAN) reports that the UK Metro police officer was evicted during the live show on Sunday.

Khafi, who was put up in a strong competition with Tacha, Mike and Seyi, got on stage in her usual, bubbly demeanor.

When the nomination reel was played for her, she told host Ebuka Obi-Uchendu that she was surprised Ike nominated her seeing as they both bonded in the house.

NAN reports that Ike, on Thursday had revealed that he planted a condom by Khafi and her love interest, Gedoni to imply that they had sex.

While both Khafi and Gedoni had denied that they had sex, they also insisted that their romantic feelings for each other were real.

In the post eviction interview, Khafi said that she bonded with Gedoni in the first week because they were both up for eviction.

She told Ebuka that she believes he loves her as much she loves him, adding that she was a forlorn lover when he was evicted.

She announced that she would be moving to Lagos from London and plans to go into acting and presenting.

During her stint in the house, Khafi was Head of House, won one million Naira and part of Team Lagos and a car.

NAN reports that Ebuka announced that there will be no eviction next week, although the veto power of chance task will still hold. (NAN)