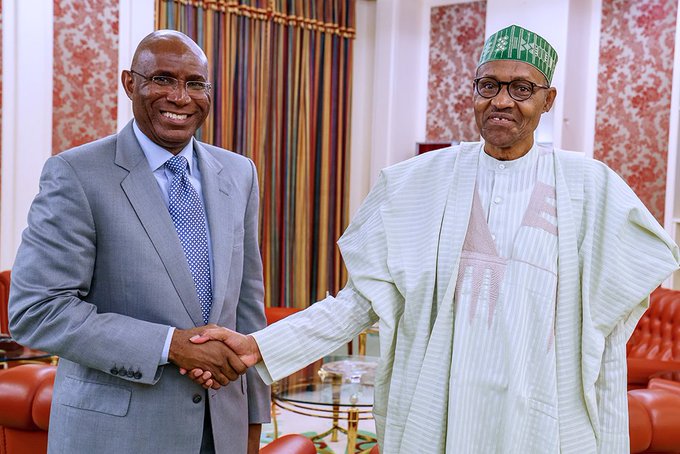 Deputy President of the Senate, Sen. Ovie Omo-Agege has called on Nigerians to join hands with the present administration to solve the security challenges facing the country.

He also called on politicians to stop politicising security issues, noting that there was need for concerted effort to tackle insecurity in the country.

A statement by his Chief Press Secretary, Mr Owede Agbajileke, indicated that Omo-Agege made the call in Abuja at a national discourse on Peace, Security, Unity and National Reconciliation.

The event was organised by the Global Initiative for African Development (GIFAD).

Represented by his Senior Special Assistant on Strategic Security, retired Col. Melvin Usman, the senator said: “Rather than brood and curse over these vices, lets us join hands to proffer solutions.

“These vices are creations of men and as such the solutions cannot be above man.

“As we know, internal security is mainly exclusive to the central government, and the President has stated that the Federal Government is addressing the issue with the States Governments.

“For the states themselves, they can pursue policies that emphasise on those good things that bind us together and avoid those that tend to divide us.

“This should be the same for all types of groups in Nigeria, be they are ethnic, religious, civil society organisations, non-governmental organisations, student groups and other pressure groups.

“Even with the private sector, it is a veritable form of social responsibility all over the world for business organisations to promote peace and security around them.

“It is only where there is peace and security that business can truly thrive.”

He expressed the willingness of the 9th National Assembly to play its part by passing necessary legislation to help tackle the challenges.

“On our part in the National Assembly, we will continue to pay attention to your views and also legislate on those aspects of our existing laws where amendments are needed.

“New laws to address areas of gap will also be enacted as they are identified.

“I am now calling on all of us to help identify such gaps,’’ he said.

Earlier in his address GIFAD Chairman, Dr Onwubuya Breakforth, pointed out that the challenge of insecurity should not be left in the hands of government alone as it required collective efforts from all stakeholders. (NAN)