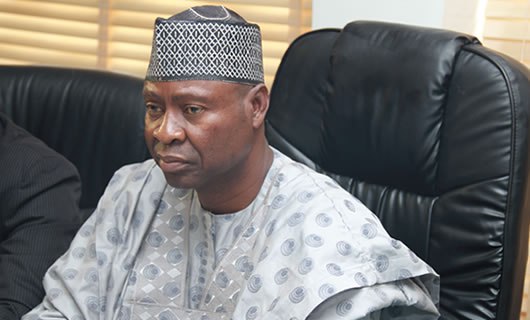 The Industrial Training Fund (ITF) has decried poor perception and absence of clear policies on technical skills acquisition in the country.

Sir Joseph Ari, ITF Director-General who made this known at its first National Skills Summit in Nigeria, expressed worry over the challenges facing the organisation.

News Agency of Nigeria (NAN) reports that ITF organised the skills summit to provide a forum for a broad spectrum of stakeholders to collectively deliberate on ways and solutions to tackle unemployment and skills acquisition problems in Nigeria.

“Till date, many Nigerians still believe that hands-on skills are a preserve of the poor and disadvantaged in the society as they are viewed as dirty, dreaded and dangerous.

“This perception and other challenges have led to skills shortages in trades and vocational areas that Nigerians should be well equipped to perform,’’ he said.

Ari also decried lack of synergy and co-operation between agencies with mandate for skills development for job creation leading to desperate efforts that were yielding little results.

According to him, he formed his views from a Skills Gap Survey in six priority sectors of the Nigerian economy that was conducted by ITF in liaison with the United Nations Industrial Development Organisation (UNIDO).

Ari said that the survey showed that in spite rising unemployment, vacancies still existed in several sectors of the economy that were still reliant on foreign labour to be filled.

According to him, if more than 20 million Nigerians are not employed and yet technicians are imported, the answer can only be that Nigerians have not fully embraced skills acquisition as a sustainable alternative to white collar jobs.

“This mindset and the perception that hands-on skills are for a certain group of Nigerians has to change,’’ he advised.

The ITF boss identified another problem as disconnect between the schools and the needs of the industries.

He said that this formed the subject of a presentation by the Human Capital Group at the Financial System Strategy (FSS) 2020 International Conference on the state of the Nigerian educational system.

According to the presentation, the emphasis in Nigerian institutions has been on verbal activity rather than skills acquisition and problem solving activities.

He said the presentation also noted that the educational system had not been tailored to meet developmental needs of the nation.

“Closely related to this is the absence of a reliable Labour Market Information (LMI) that would have guided Nigerians in career choices and institutions of learning on industry needs.

“Consequently, institutions of learning and human capacity development institutions work on a whim, in the dark and without any form of guidance.

“The effect of this is that institutions train potential workers on skills that are not needed by the labour market,’’ he said.

He said in order to address these problems, ITF organised the summit on “Skills for Employability and Job Creation, and Strategies for Developing Employability Skills in Nigeria’’ and “Industry Needs and Education Curricula,” as sub themes.

Amb. Mariam Katagum, the Minister of State for Industry, Trade and Investment, said the Federal Government had placed a lot of emphasis on skills acquisition as a vehicle for job creation and poverty reduction.

Katagum said skills acquisition was one of the enablers of the National Enterprise Development Programme (NEDEP), adding that it was the path to go as many countries globally have taken similar approaches to reduce unemployment to single digit figures.

Katagum, also the Chairperson of the skills summit lauded the ITF for convening the summit and initiating other novel programmes that have turned around the lives of thousands of Nigerians across the country.

She said that the summit was coming at a crucial time in the country, as the rising unemployment had led to the insecurity witnessed across Nigeria today.

“To address the insecurity challenges, we have to create jobs by equipping Nigerians with skills to take advantage of the policies that have been put in place while striving to align our educational system to the current needs of the country,’’ Katagum said.