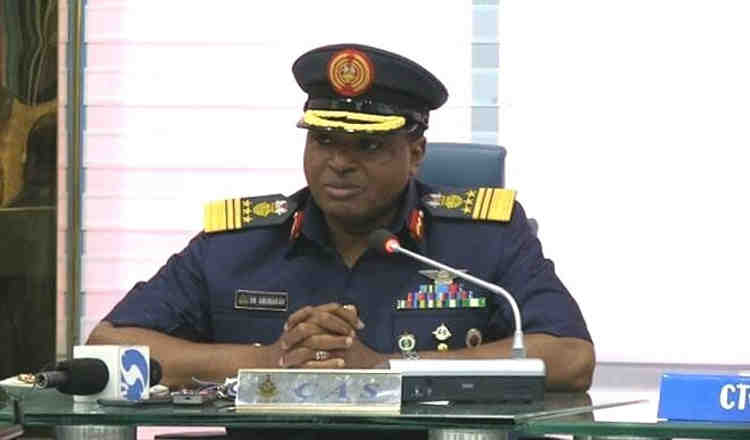 The Nigerian Air Force (NAF) says it is awaiting the delivery of 18 aircrafts to boost its air asset.

The Chief of the Air Staff, Air Marshal Sadique Abubakar, disclosed this at the opening of a two-day capacity building workshop on Strategic Communications on Tuesday in Abuja.

Abubakar, who was represented by AVM Kingsley Lar, Chief of Administration, NAF Headquaters, noted that the unflinching support of the Federal Government has enabled the Service to acquire 19 brand new platforms.

He said the NAF had also reactivated 20 erstwhile unserviceable aircrafts, while another 18 aircrafts have also been ordered and awaiting delivery.

Abubakar said that the Service had executed over 900 infrastructure projects including office and residential accommodations, messes and recreational facilities as well as schools and hospitals, amongst others.

“We have been able to raise accommodation sufficiency from 35 per cent in 2015 to about 72 per cent today. This is in spite of the fact that the strength of the Service has almost doubled within the same time frame.”

”These newly acquired and reactivated platforms have added significant impetus to the fight against insurgency and other forms of criminality in the country,” he said.

He said the NAF in recognition that the human being is the most important success factor, has invested enormously in human capacity development in the past four years.

”As a result, an unprecedented number of officers and airmen/airwomen have been trained in different categories of air and ground operations, both locally and abroad.

”This is predicated on the firm belief in the importance of purposeful training to develop competencies and skills of personnel to ensure combat readiness for the effective and efficient execution of our constitutional roles,” he said.

Earlier, Air Commodore Ibikunle Daramola, NAF Director of Public Relations and Information, said the training would improve the capacity of participants and expose them to new techniques in participatory and collaborative strategic information management.

”Information management in this digital age cuts across all sectors of the society and involves various players, including those who have an intellectual and moral understanding of critical national issues.”

He noted that information management has advanced beyond merely churning out press releases and news stories.

He said the NAF Directorate of information has keyed into this new paradigm with the establishment of the Social Media monitoring centre, where personnel actively engaged the public and manage NAF narratives. (NAN)