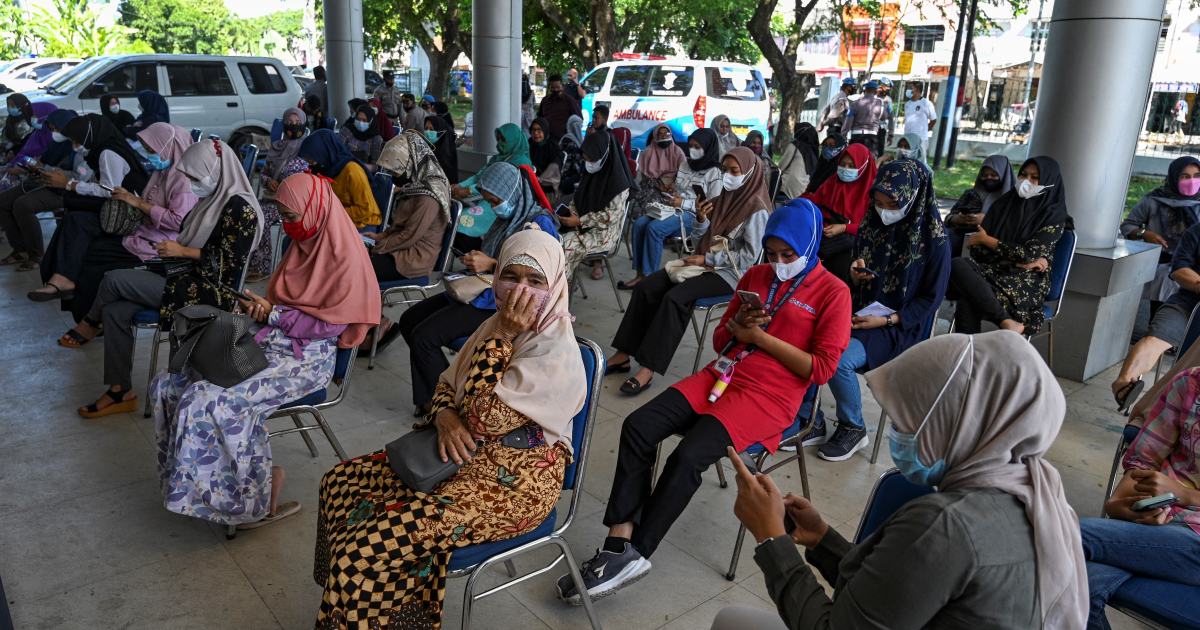 Indonesia has become Asia’s COVID-19 epicentre with hospitals overwhelmed, particularly on the densely populated island of Java and on Bali.

Indonesia extended its COVID-19 restrictions by a week to August 2 to try to curb infections, President Joko Widodo has announced, after the government said it would add more intensive care units amid a rise in deaths.

Indonesia has become Asia’s COVID-19 epicentre with hospitals deluged, particularly on the densely populated island of Java and on Bali, where oxygen supplies are running thin.

“I’d like to thank all Indonesians for their understanding and support for the curbs that have been effective for 23 days,” the president, known as Jokowi, said on Sunday, adding that COVID infections and hospital bed occupancies had declined, without specifying by how much.

Considerably looser than the previous curbs, Jokowi said the government would gradually adjust some restrictions on “some activities”, while allowing traditional markets and restaurants with outdoor areas to open, with some limitations.

Some businesses, from salons and laundries to vehicle repair shops, are now allowed to open.

Indonesia, the world’s fourth-most populous country, has had more than three million coronavirus infections and 83,000 deaths, according to official data. The spread, driven by the highly contagious Delta variant, has shown no sign of slowing.

Research organisation Our World in Data said the country had a death rate three times higher than the global average.

Indonesia’s daily death toll has been consistently above 1,000 since July 16, with experts saying the numbers are likely to be higher due to low coronavirus testing. On Friday, it reported a record daily number of 1,566 COVID-19 deaths.

Senior Minister Luhut Pandjaitan, who oversees the COVID response on Java and Bali, said on Saturday that “deaths have risen due to a number of factors: full hospitals, patients admitted with low saturation or dying unmonitored in self-isolation”, adding that ICUs would be added in areas which have reported the highest number of deaths.

Countries in Asia are seeing some of their worst outbreaks to date, with Indonesia becoming a new global hotspot as Vietnam and Thailand face new anti-virus rules.

Representatives of two of the world’s leading coronavirus research groups in the US have expressed concerns that the situation in Indonesia is ripe for the emergence of a new COVID-19 variant of concern.

“The more infections in a community, the more a chance for a new variant,” said Ali Mokdad, a professor of health metrics sciences at the Institute for Health Metrics and Evaluation in Seattle.

He also expressed concern about this week’s Eid al-Adha religious festival and the “activity around it”.

Thousands of security personnel have been deployed around the country to enforce the travel ban, after a similar order at Eid al-Fitr in May, the end of the fasting month of Ramadan, did little to stop people from travelling.

Less than 7 percent of Indonesia’s population of 270 million has been fully vaccinated, with Southeast Asia’s largest country primarily reliant on shots produced by China’s Sinovac Biotech.