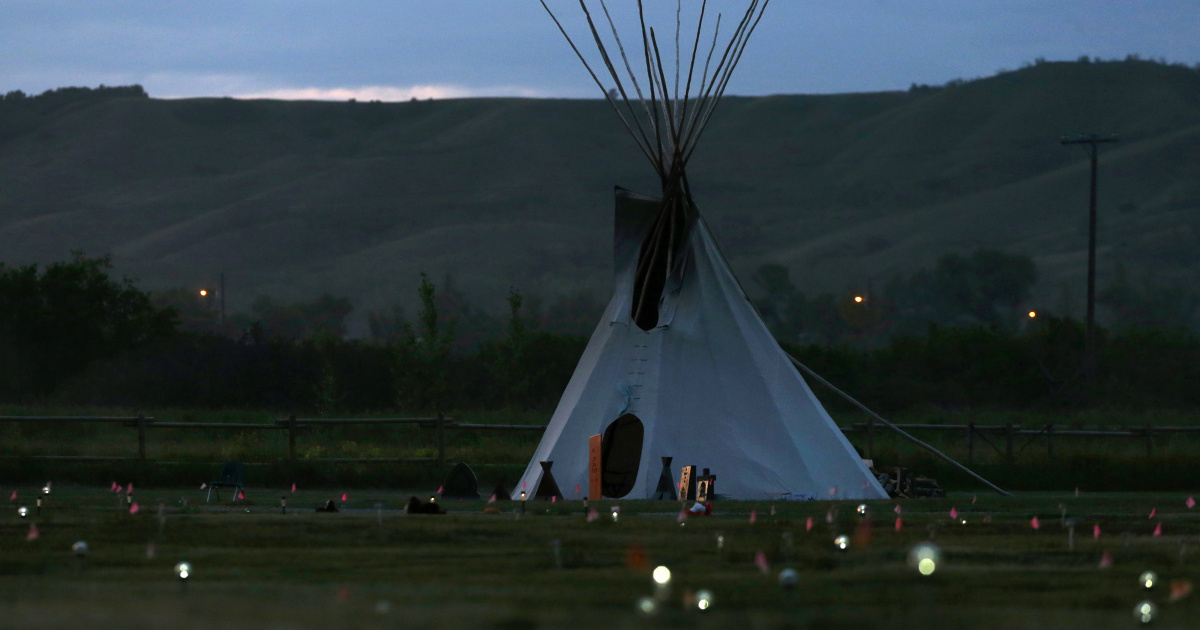 Toronto, Canada —“All of us should feel the pain of the Indigenous community here … because we have seen what imperialism does to our countries back home,” Aarij Anwer, Imam of the London Muslim Mosque in Ontario, said during Friday’s prayer, livestreamed on social media.

On Friday, Anwer was one of 75 Imams across Canada who offered condolences and expressed solidarity with Indigenous people following the discoveries of unmarked graves, now totalling more than 1,000, at forced-assimilation institutions known as residential schools.

The Canadian Council of Imams and Justice For All Canada led the coordinated effort to raise awareness. In a statement, the Imams wrote, “The discovery of hundreds-upon-hundreds of graves of innocent children — stolen from their families, abused, tortured and starved in the name of European imperialism — has left us numb with pain and shame.”

During prayer, Anwer called upon his fellow Muslims to show solidarity with Indigenous people, sharing the story of his grandfather fleeing Delhi after the 1947 British-sanctioned partition of India and Pakistan. “All of you have similar stories, I can guarantee you that,” he said. “So if any community should feel the pain of imperialism and colonialism and brutal murder, it should be us. And that’s why our sympathies for the Indigenous should be even more, our support for them should be even more, because we know what that feels like.”

From the late 1800s until 1996, Canada forcibly removed 150,000 Indigenous children from their homes and kept them in institutions run by church staff, who cut their long hair, and forbade them from speaking their languages or practicing their cultures. Many were physically and sexually abused. They were tortured in an electric chair, starved, and put through nutritional experiments.

The Truth and Reconciliation Commission (TRC), in a years-long inquiry to document thousands of survivors’ stories, described the institutions as “incubators of disease” where many children died of tuberculosis. Some died from exposure after escaping the jail-like conditions; some died in fires because, to stop children from running away, the institutions ignored instructions to run fire drills or install fire escapes.

The TRC identified 4,100 children who died at the schools, though experts believe the true number is much higher. The purpose of the institutions was to kill Indigenous culture to make land and resources available to settlers. The TRC concluded the practice was “cultural genocide”.

Anwer said he felt compelled to act on a human level and because his faith instructs him to stand with the oppressed, and against the oppressor. “It should disgust everyone who reads about this,” Anwer told Al Jazeera. “They saw these people as sub-human, our Indigenous family.”

Anwer said many Canadians still do not realize the level of atrocity that was committed in these institutions. “I don’t even remember reading about this in school,” he said over the phone Friday. “I remember reading about D-Day, confederation, John A. Macdonald, all these figures, but I think it was merely a footnote in history books, if even mentioned. As Canadians, we have to face this reckoning of this dark history this country was built upon.

“It’s not something that we brush under the rug,” he added.

Friday afternoon, Taha Ghayyur, executive director of Justice For All Canada, delivered a sermon at a mosque in Mississauga, Ontario. As he explained what happened in residential “schools,” some people in the audience nodded, others looked upset, and a few widened their eyes in surprise. Ghayyur said people approached him after to express that they had heard about the recent discoveries of mass graves, but had no idea why this was happening.

“It needs to start with awareness, and this is why acknowledgement is the first step,” Ghayyur said. “Symbolically, it’s a very powerful statement coming from religious leadership.”

Ghayyur said Muslim communities can relate to this — from Palestinians to Rohingya people to the Uighur community. He said Uighur people in Canada told him they were “reliving” experiences of mass detention camps in Xinjiang as they learned about residential “schools” in Canada.

Addressing Indigenous communities, Ghayyur said: “We share your pain — we do not know your pain — but we would like to be there in solidarity with you.”

“We stand with them, because they have been wronged,” Anwer said at the mosque Friday. “And we will have to, as a community, find the courage to stand up to the status quo that allowed this to happen.”