How will the low number of young voters play out in August? 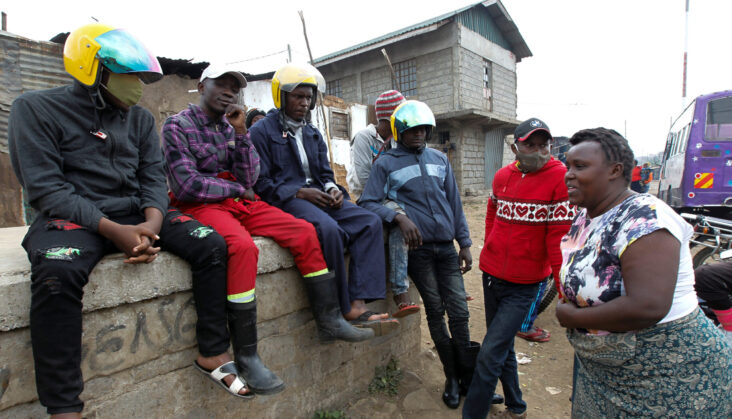 Kenya is considered a country of the youth, with those under 35 years comprising 75% of the country’s 47.6 million population, according to the 2019 population and housing census.

The number of Kenyan voters aged between 18-35 who have registered to vote for the August polls has dropped by 5.27% compared to 2017, according to the final voters register released by the IEBC on Monday.

Despite a decrease in the number of young voters, the 38.94% of non-registered voters will in fact play a huge role in determining who between the two top contenders – Deputy President William Ruto (aged 55) and former Prime Minister Raila Odinga (aged 77) – wins the presidency on 9 August.

What’s holding back the youth?

According to Elias Mutuma, a political analyst based in Nairobi, many young voters are showing little interest in this election because of unkept promises by politicians in the past, particularly with regards to unemployment.

Benson Wakoli, a 24-year-old employee at a small telephone shop in downtown Nairobi, is among those who did not turn out to register to vote. He says he does not trust politicians to bring about the necessary change.

“I can’t waste my time and vote for people who keep on lying to us,” he tells The Africa Report.

I did not register because I was busy looking for money to take care of my two children, politicians will not feed my family

Caroline Mutai, a 26-year-old single mother of two, is currently jobless. She also believes that elected politicians only care about themselves once they get power and forget the plight of the youth.

READ MORE Kenya 2022: Who will win the great race?

“I did not register because I was busy looking for money to take care of my two children, politicians will not feed my family,” she says.

The low number of young voters will affect the presidential front runners who are depending on them to clinch their win, says the political analyst.

“Both [Ruto and Raila] are worried about the youth vote,” Mutuma says.

Despite promises from both candidates on economic liberation for the youth should either one win in August, the low number of young registered voters shows evidence of scepticism.

“My government will liberate you, we shall construct economic zones for you,” Raila said when launching his manifesto in Nairobi on 6 June.

Ruto recently told young people in Nairobi that if he wins, his administration will make available KSh50bn ($425,000) for loans to young entrepreneurs. “The coming government will be for the youth, the hustlers.”

Names to watch among the youth

Professor George Wajackoyah, one of the four presidential candidates, is gaining traction among the youth, thanks to his agenda to legalise bhang (cannabis) while his counterpart David Mwaure scrambles for this important voting bloc.