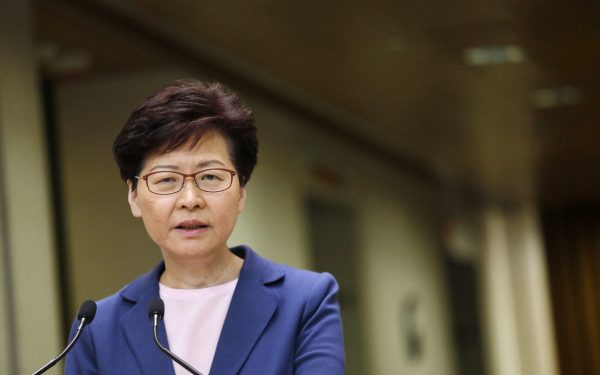 Hong Kong leader Carrie Lam said on Tuesday most civil servants would gradually return to work from May 4, but the government had not yet decided whether to ease travel and social distancing restrictions.

The lockdown is due to expire next week.

The financial hub reported no new coronavirus infections for a third day on Tuesday.

This brings some relief as the city grapples with economic ruin triggered by the disease that comes on the heels of months of crippling anti-government protests.

Looking to ease the way out of a lockdown, Lam said outdoor sports facilities, libraries and museums would also reopen from Monday,although they would still be subject to a ban on gatherings of more than four people.

Social distancing restrictions have led to a lull in protests in the Chinese-ruled city in recent weeks, with some democracy activists expressing concern the rules could be used to curb demonstrations, a suggestion Lam rejected.

“When considering whether to continue the restrictions or not, the major consideration is firstly to safeguard public health and to ensure citizens’ health.

“Secondly, to consider the impact of these measures on the economy and different industries, and thirdly, their psychological impact on people,” Lam said.

The government said last week that social distancing and travel curbs would be extended until at least May 7.

A key consideration for Lam will be whether to ease cross-border travel restrictions with mainland China, where the virus is believed to have originated in December, and is now largely under control.

Health Secretary Sophia Chan said compulsory quarantine for all visitors to the city would be extended to June 7, although cross-border students and professionals would be exempted.

The government would discuss any further lifting of cross-boundary restrictions with mainland authorities, she added.

Joining cities around the world in the battle to halt the virus, Hong Kong has shut schools and many people work from home, although some have started to return to offices in the past couple of weeks.

While people are slowly returning to public transport and shopping malls, it’s rare to see anyone not wearing a surgical mask.

Hong Kong has confirmed 1,038 cases and four deaths since the outbreak began in January. (Reuters)