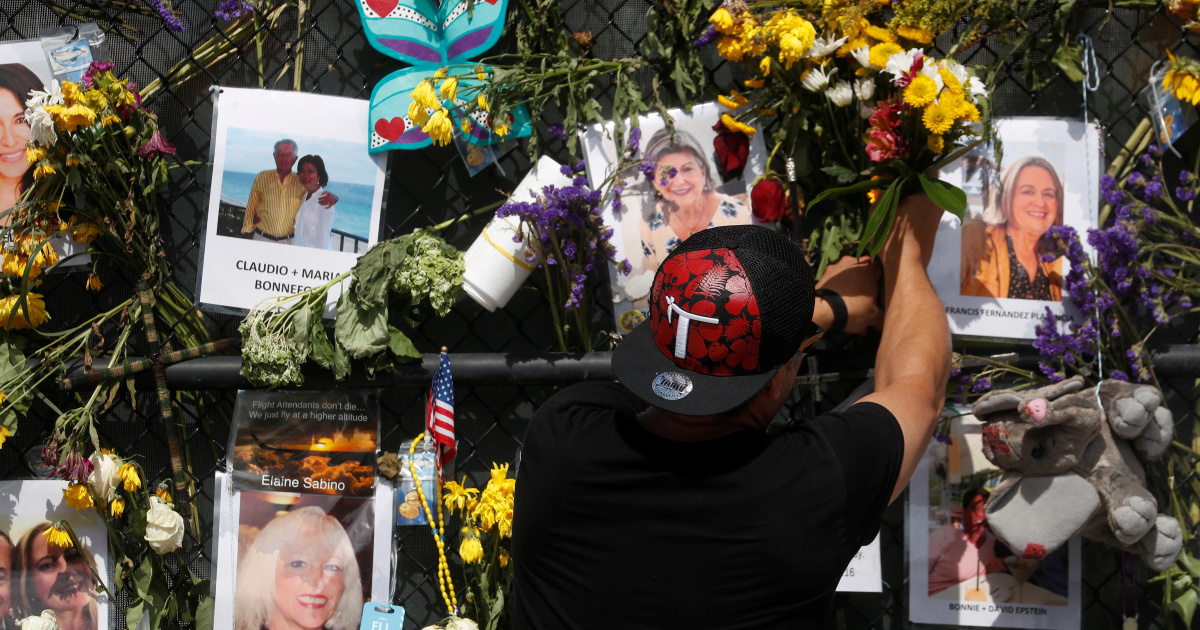 Dozens of people remain unaccounted for as investigation into what caused the Champlain Towers South to fall continues.

The official death toll of the partial collapse of a 12-storey building in south Florida continues to climb, as authorities said on Saturday that emergency workers had recovered seven additional bodies from the rubble.

The death toll from the collapse of Champlain Towers South in Surfside, Florida, last month has now reached 86, while 43 people are still listed as missing.

“It is a staggering and heartbreaking number that affects all of us very, very deeply,” said Miami-Dade County Mayor Daniella Levine Cava.

Levine Cava told reporters that 62 of the corpses recovered so far have been identified as part of what she described as “the largest ever non-hurricane emergency response effort in Florida’s history”.

After clinging to hope for two weeks after the June 24 collapse, the authorities on Wednesday finally ended the rescue part of their work to focus on the search for remains.

Rescue workers and emergency support teams from Florida and several other states have laboured in 12-hour shifts, 24 hours a day for 16 days in physically and emotionally taxing work amid oppressive heat and in dangerous conditions.

Hope of finding survivors was briefly rekindled after workers demolished the remainder of the building on July 4, allowing access to new areas of debris. Some voids where survivors could have been trapped did exist, mostly in the basement and the parking garage.

Investigators have not determined what caused the Champlain Towers South to fall apart without warning, but attention has been focused on a 2018 engineering report that warned of structural deficiencies.

Meanwhile, a debate has begun among members of the stricken community over what to do with the site where the Champlain Towers South once stood, with attorneys for some of the victims’ family members suggesting it should be a memorial to the dead.