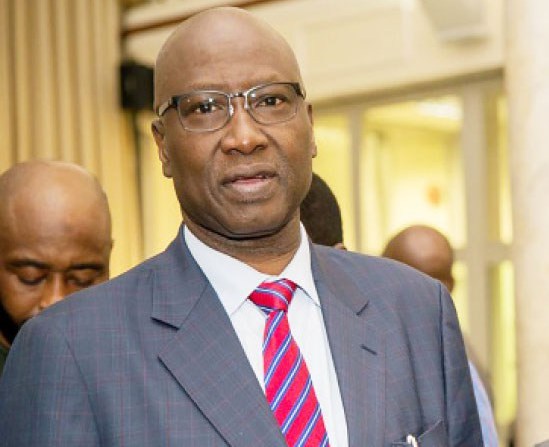 The Open Justice Initiative (OJI), has appealed to Mr Boss Mustapha, Secretary to the Government of the Federation (SGF), to investigate the leadership tussle in the Association of Local Governments of Nigeria (ALGON).

Mr Donald Ayibiowu, OJI Executive Director made the appeal in a petition addressed to the SGF and made available to newsmen on Tuesday in Abuja.

The petition was titled; ‘Complaint Against Alleged Abuse, Misrepresentation and Impersonation in Association of Local Governments of Nigeria (ALGON); Request for Inquiries and Appropriate Action.

“We write to draw your attention to the prevailing constitutional imbroglio on the presidency and leadership of ALGON, and seek your further action to stem the situation,’’ Oji stated in the petition.

It said the group was writing to the SGF because he was the coordinating force of the Federal Government with corresponding oversight on the administration of due process in the country.

Ayibiowu said the election of Mr Alabi Kolade as ALGON President, was a violation of its Constitution, especially since he was not a member of the association as revealed after the election.

According to him, Kolade`s purported election is contrary to the Supreme Court landmark decision delivered by Justice Mohammed Uwais in A.G. Lagos State versus A.G. federation (2004) Electronic Law Pavilion.

“The election of Alabi Kolade as President of ALGON clearly became an uncouth violation of the sacrosanct provisions of ALGON Constitution, particularly sections 4, 5, 14 and 15,’’ he said.

He said permanent members according to ALGON Constitution, consist of all Chairmen, Vice Chairmen and Councillors in the 774 Local Government Councils of the country.

“However, shortly after his election and sequel to public and stakeholders’ scrutiny, members became aware that Kolade is not a chairman of any of the local government councils as stated in the amended 1999 Constitution before he was erroneously appointed as president,“ he said.

He said Kolade had however, continued to occupy ALGON secretariat illegally and was carrying on as its president with impunity, in collusion with some self-styled officials he appointed.

He described the development as impersonating the presidency and ALGON Secretariat, adding that its National Executive Committee (NEC), had met to address the situation to no avail.

“We hereby request your inquiry into on this matter with a view to setting the records straight and sending the right signal to all relevant government agencies,’’ he said.

Ayibiowu stressed that the immediate action of the SGF would help save ALGON from the brink of collapse.

He added that OJI decided to intervene because of its commitment to promoting advocacy on Justice Sector Reforms and Justice to all. (NAN