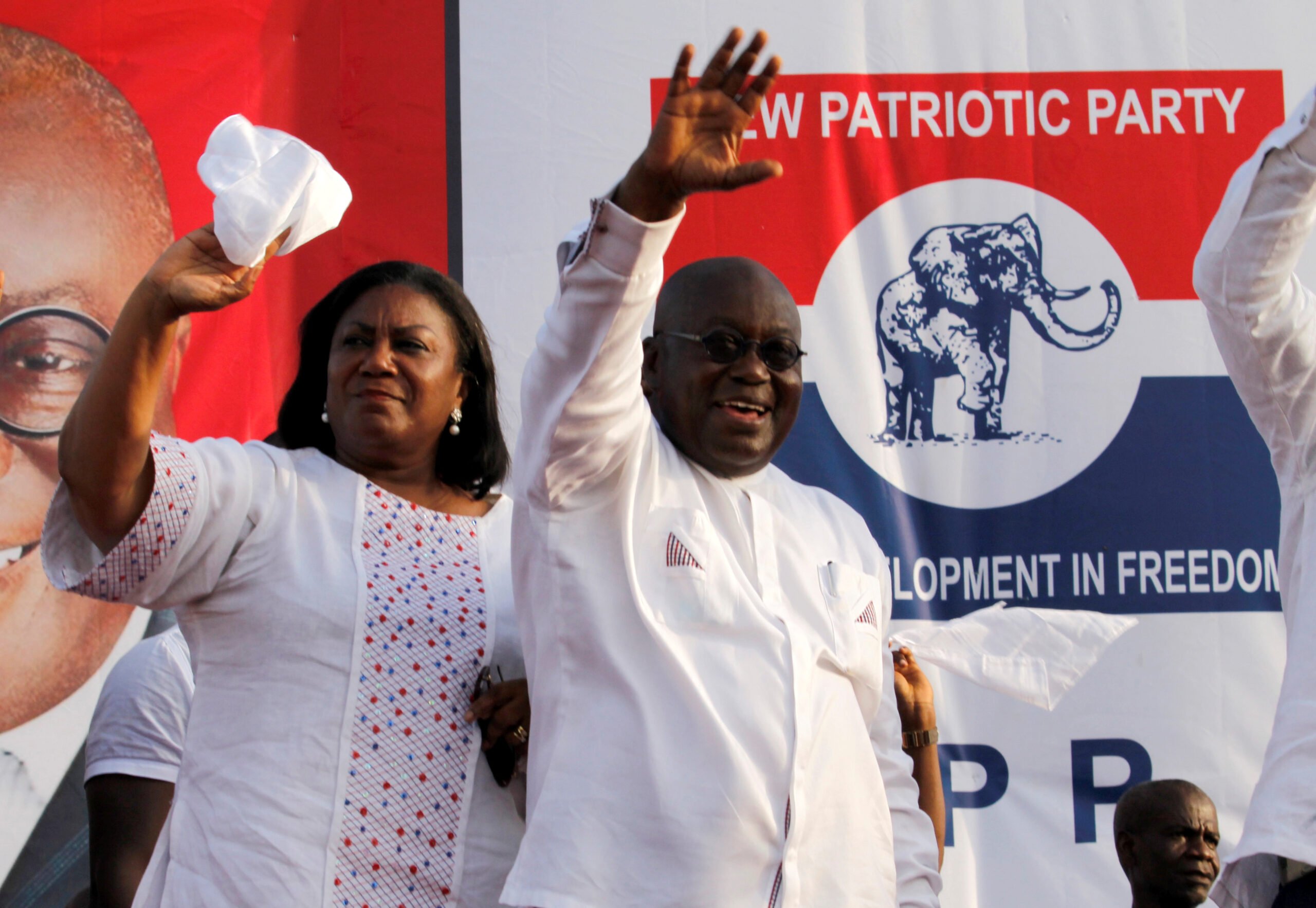 A French/Burkinabé artist and editorialist.

For some observers, the term ‘first lady’ is akin to a celebrity in a glossy magazine. However for others, it encompasses the determined political influence of Benin’s Rosine Soglo and Côte d’Ivoire’s Simone Gbagbo as well as the extravagances of Tunisia’s Leïla Trabelsi Ben Ali and Zimbabwe’s Grace Mugabe.

Conversations regarding the first lady sometimes even lead to incongruous statutory debates, for example, in the case of Niger’s former president Mamadou Tandja and Gambia’s President Adama Barrow, who engage in polygamy.

When the status of these first ladies – and the benefits that come with the title – is brought up, many who consider the office as void of any democratic legitimacy often grind their teeth. One country with rather peaceful political customs was recently the subject of controversy surrounding this same subject.

A few weeks ago, the Ghanaian parliament voted on an amendment that allows wives of the president and vice-president to receive nearly $47,000 – the average salary of many of the country’s ministers – over a period of four years. Ghanaians had already been posting messages with the hashtag #FixTheCountry to express their concerns about how the national budget it being used, so activists quickly targeted the first lady’s salary.

A bout of fiscal virtue

On 13 July, Rebecca Akufo-Addo announced that she was not only rejecting parliament’s offer but also that she would “pay back all the allowances received” since her husband came to power – approximately ₵899,097 (about $151,800), according to an estimation by the local press. This bout of fiscal virtue seems to be coming at a time when her husband’s regime is backtracking on its policies.

Will the position of the Ghanaian first lady set a precedent in terms of official or unofficial spending, at a time when the practice of nepotism is proving to be more and more tempting? In hindsight, former presidents Abdoulaye Wade’s and Ibrahim Boubacar Keïta’s decisions to appoint their children to governmental positions may have been ill-judged.

As a matter of fact, the National Democratic Congress (NDC) – Ghana’s main opposition party – recently said: “Mr. President, your government is not acting for all Ghanaians, but for your family.”

Should first ladies stick to voluntary work instead of playing ‘Madam President’? This is not just a continental issue.

Just as political dynasties  exist among the Bushes (of the US) and Michels (of Belgium), Western heads of state have also been taking the time to examine their spouse’s formal roles, often under the pretext of trying to improve transparency.

For instance, when France’s President Emmanuel Macron arrived at the Élysée Palace, he announced that he would be giving his wife Brigitte Trogneux a real status. However, “not one paid by the taxpayer”.