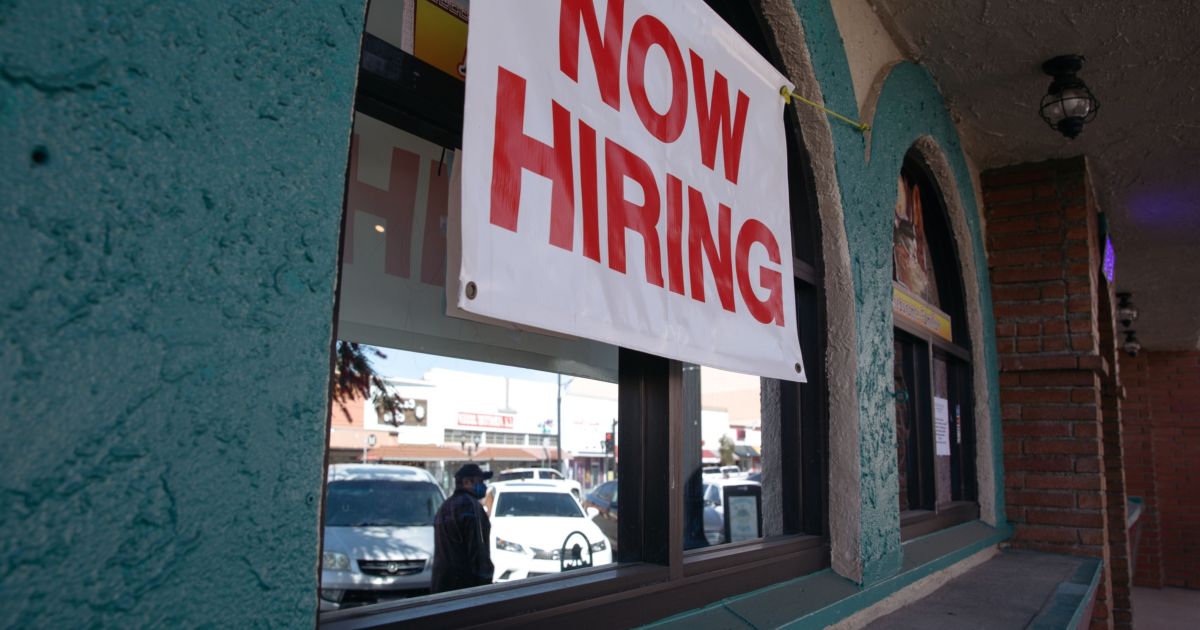 Every summer in the United States, teens across the country pound the pavement in search of gainful employment. But this year, teens belonging to Generation Z, the cohort born between 1997 and 2012, are finding a motherload of job openings to choose from.

Among them is 16-year-old Hailey Hamilton of Flower Mound, Texas. She recently quit her job at a pizza restaurant, confident that she could quickly land a new one at her local mall.

“Everyone is looking to hire right now,” she told Al Jazeera. “Everyone is understaffed.”

Sixteen-year-old Wren Carter of Minneapolis easily landed a job at a fast-casual salad restaurant in April after texting the general manager, securing a phone interview, and getting hired on the spot.

“My mom threatened to send me off to camp if I didn’t get a job to get responsibility and experience instead of doing nothing all summer,” Carter told Al Jazeera. “I did want to earn extra money.”

Over in Tennessee, 19-year-old Addison Howard tested just how valuable his teenage labour has become when he decided to return to work at a fast-food restaurant that employed him three years ago.

“When I first started in 2018, I was getting $7.50 an hour, but they increased it to $12 this summer when I came back,” he told Al Jazeera, adding that he was unwilling to accept anything under $10 an hour.

In Maryland, Olivia Gyapong found work as a cashier at a Safeway grocery store. “I was just trying to find a random summer job; I didn’t know what I was going to do, but tons of places were hiring — I had a lot to choose from,” the 18-year-old told Al Jazeera.

Everyone is looking to hire right now.

The US economy had a record 9.2 million job openings in May, the most recent month for which data is available.

Many of the jobs that are going begging are in customer-facing services industries: restaurants, bars and retail shops that are gearing up operations as consumers unleash pent-up demand.

Unable to be picky, many businesses are choosing to hire teens while unemployed adults — some 8.7 million of them in July, according to the US Department of Labor — remain on the sidelines.

Less than a third of the nation’s teens were employed during the summer of 2020. This year, though, they have roared back into the jobs market with a vengeance.

In May, 33.2 percent of US teens aged 16-19 had a job — the highest since 2008. The share of teens in employment slipped back to 31.9 percent in June, but climbed again to 32.7 percent in July, placing the share back above pre-pandemic levels.

While many entry-level jobs come with the usual trappings that teens look for — satisfying their parents’ requests or stowing away extra cash for purchases or college — Gen Z’ers are also learning unique lessons about the pitfalls of the US labour market thanks to the “post”-pandemic context of their employment.

It’s mostly high schoolers and I see them working 40- or 50-hour weeks.

Stepping into the jobs breach

The mismatch between the number of job openings and jobless adults in the US has become the subject of heated debate.

Some observers say myriad factors are keeping unemployed workers from finding new positions, such as early retirement, too many businesses chasing the same set of skills at once, an ongoing lack of childcare options, fears of contracting COVID-19, and a desire to avoid the growing number of vaccine mandates by employers.

Many Republicans are blaming the $300-a-week federal weekly top-up to state unemployment benefits for enabling adult workers to be pickier about the next job they’ll take. As a result, dozens of states — the majority of them led by Republican governors — have decided to withdraw from federal unemployment benefits programmes before they expire in early September.

Regardless of what is stopping grown-ups from taking advantage of a jobs market awash in opportunities, it is not dissuading teens from stepping into the breach.

Howard and Gyapong are pulling double duty this summer, balancing the service industry jobs they do for cash with other commitments they’ve taken on to advance their career and public-service goals. Gyapong is interning for a member of Congress in Washington, DC, and Howard is running the camera for a local baseball team and managing livestreams and music for a nearby church.

While Howard chooses to burn the candle at both ends in separate jobs, he says many of his fellow teens at his service gig are overworked, thanks to chronic understaffing.

“It’s mostly high schoolers and I see them working 40- or 50-hour weeks, doing a part-time job with full-time hours,” he said. “Maybe their parents are making them pay for college or they’re buying a car, but I think it’s sad sometimes that these teens are working 30-, 40-, 50-hour weeks.”

Hamilton said that she and many of her fellow part-time employees at the pizza restaurant where she was employed until June consistently worked more than 40 hours a week, thanks in large part to a lack of staff.

“Everyone is understaffed because of COVID and all of the unemployment. A lot of people said ‘honestly, I don’t need this job’ and they left,” Hamilton said. “We get so much put on us — we’re running a whole store and we’re in charge of everything.”

A lack of training has also been problematic for some of these teens.

“It’s kind of like we all don’t know what to do sometimes. We’re all severely undertrained,” said Carter, the salad restaurant employee. “I kinda just got thrown in on my first day. I still don’t know how to prep half of [the ingredients], so I just stick to the things I know how to do.”

And customers are not always understanding of the challenges Gen Z summer workers are facing.

“Adults would come in and scream at us because stuff is wrong or taking too long,” said Hamilton. “It’s just a bunch of kids working here.”

“I wish people would just treat others with more kindness, especially those coming into work — you don’t know their story or what they’re going through,” said Howard.

The rude customers, long hours, and lack of training have made some of these young employees far more compassionate toward adults who are choosing not to re-enter the labour market for now.

Hamilton said she was far more frustrated with adult customers at the pizza restaurant who seemed to be oblivious to the current employment situation than workers who are opting to stay at home and collect unemployment.

Gyapong sees it as “a reflection of how poorly people are paid in this country, that they’re making more money by not working”.

Howard also hopes the shifting landscape of the US labour market convinces policymakers to raise the federal minimum wage, noting “There are families working over 40 hours just to get scraps of money.”