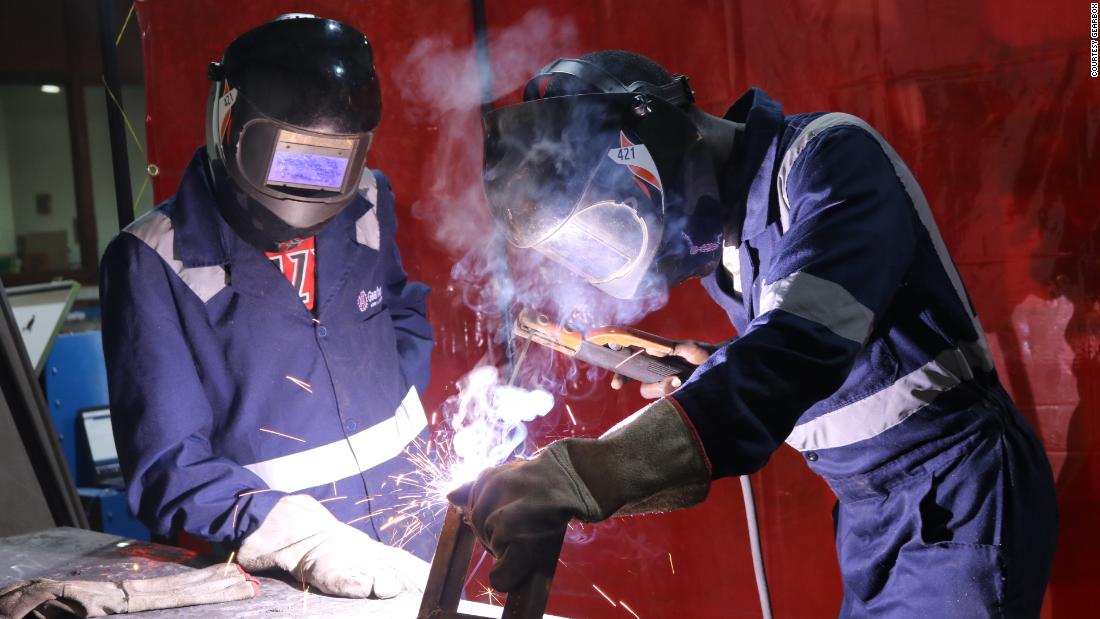 In Nairobi, engineer Kamau Gachigi is trying to change that. He set up an innovation lab called Gearbox, providing entrepreneurs with the equipment to realize their concepts.

Gearbox offers access to materials and equipment including 3D printing, laser cutting and electronic circuitry at a high-tech, 20,000-square-foot shared maker-space. It helps cut costs for inventors by providing access to assembly machines through a membership model.

Gearbox also operates an equipment training academy, a mentoring program, and a contracting business for innovators who need to make a prototype, but don’t want to build it themselves.

“You can walk in here, have no interest in actually using the equipment yourself, but come and say to us, ‘I’d like you to design something for me that does A, B, C, D’ and we work out with you what it will cost,” he says.

It means a more diverse range of people can create hardware startups, he adds.

Nairobi is nicknamed “Silicon Savannah” for its many software startups. Gachigi is hoping Gearbox will spark a wave of hardware-focused companies, so more Kenyan entrepreneurs can design products entirely in the country.

Then, once they have a working prototype, many will send their blueprints to China or India for cheaper mass manufacturing. Gearbox hopes to provide the ability to mass produce in the future for a completely Kenyan manufactured product from start to finish.

Gachigi was teaching engineering at the University of Nairobi in Kenya when he noticed that talented students and faculty were seeing their ideas go unrealized because of a lack of access to equipment to build prototypes. He created a fabrication laboratory at the University of Nairobi in 2009, which was equipped with computer-controlled machines that anyone at the university could use.

“It was a great success,” Gachigi says. “A lot of them ended up developing products that could earn them money.”

In 2011, he opened Gearbox, where Kenyans have created clever solutions including solar-powered irrigation systems, water-saving gadgets and an engine device called a “speed governor” used on Nairobi buses to keep them from going too fast. Systems engineer Nicholus Kimali developed the prototype at Gearbox.

With no engineering background, Kenyan social entrepreneur Esther Mwangi was able to use Gearbox to develop an enterprise called EsVendo. She created a sanitary pad vending machine for schools and public spaces, since one in 10 girls in sub-Saharan Africa miss school because they lack access to sanitary products.

Kenyan innovator Roy Allela, whose niece was born deaf, wanted to find a better way for her and other deaf children to communicate. He used Gearbox to develop Sign-IO, a set of high-tech gloves that convert sign language into audio. Sensors attached to the gloves interpret hand movements into speech via an app.

Gearbox is planning to expand its reach so more Kenyans can make an impact. Gachigi is building 10 satellite maker-spaces in rural areas where carpenters, among others, can access better equipment and produce more pieces.

In 2017, he launched the Gearbox International Foundation, which provides technical, management and financial support to help other countries build shared spaces for innovators to make, create, and problem-solve.

“Our vision is for a mushrooming of industries in localities across the country and the continent,” Gachigi said. “That really is our goal; to make industrialization a grassroots-type of phenomenon.”