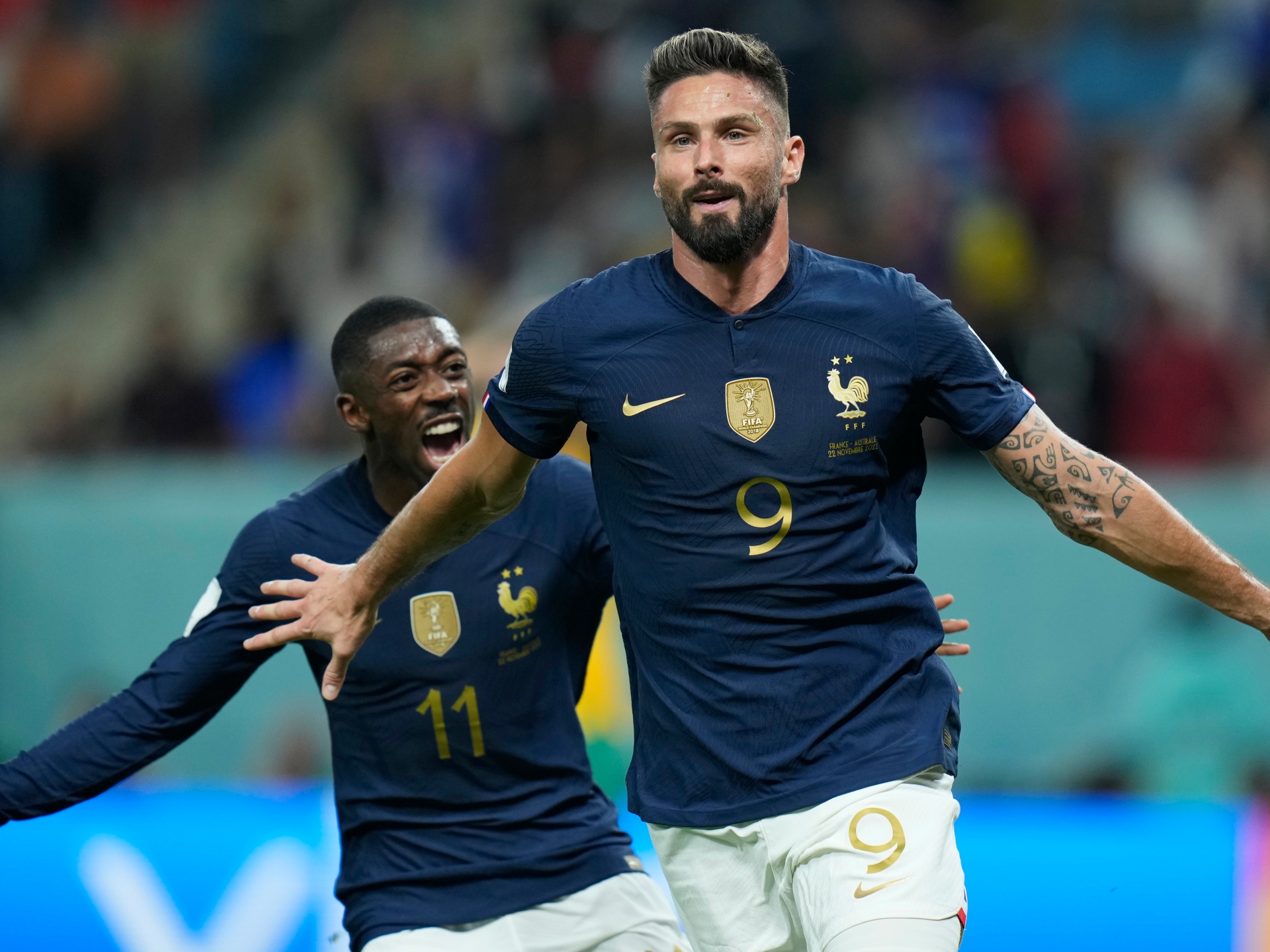 France came back from an early scare to put four past the Socceroos, with Giroud grabbing two.

Australia’s Socceroos had shocked the world champions by scoring a ninth-minute goal, with Craig Goodwin side-footing the ball into the top corner.

The underdogs would no doubt have drawn inspiration from this morning’s shock defeat of Argentina by Saudi Arabia.

With French fullback Lucas Hernandez limping off after being injured while attempting to block the cross that led to the first goal, France could not have asked for a worse start.

But Hernandez’s brother, Theo, took his place in France’s defensive line and less than 20 minutes later was instrumental in setting up Adrien Rabiot’s first goal for Les Blues – snuffing out Australia’s early confidence which saw Mitch Duke hit a shot just wide of the uprights.

Five minutes later, with a little more than half an hour on the clock, Giroud, who at 36 became France’s oldest player in World Cup history, found himself with a near-empty goal as a result of an excellent French press.

France took the lead and never looked back.

A chance for Australia’s Jackson Irvine in the dying moments of the first half, coming against the run of play, rattled off the post, sending a warning through a French team at risk of complacency.

France continued to dominate in the second half. Though Australia posed a threat on the counterattack, they invited pressure by sitting deep.

Spectacular defending by the Socceroos saw an effort from Antoine Griezmann cleared off the goal line but their defence was not enough to stop Kylian Mbappe from using his head to find his goal in the 67th minute. Five minutes later, Mbappe broke down the left and put in a cross headed home by Giroud for France’s fourth.

“We got a scare but reacted quickly afterwards. Even if we could have scored more goals, we found each other, we were efficient,” said Giroud.

“It’s very good for our self-confidence to have turned things around. We’ll have to learn from these little mistakes however.”

Giroud, now tied with Thierry Henry on a record 51 goals for France, was in the starting 11 due to the injury of Ballon d’Or winner Karim Benzema, who will miss the entire World Cup.

“He needs to do some tests but it seems pretty serious. That’s the big black spot tonight,” Deschamps said.

Meanwhile, Australia coach Graham Arnold said his team ran out of gas against a superior side.

“Look, at the end of the day, they’re are a quality side. They are world champions for a reason,” he added.

“I thought the first half, we did well. Second half, we ran out of legs a bit, but that’s the type of level of those players play at.”