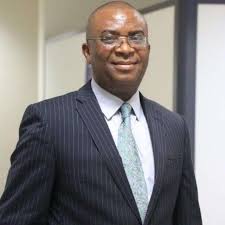 The Central Bank of Nigeria (CBN) has injected the sum of 218.41 million dollars into the retail Secondary Market Intervention Sales (SMIS).

The bank’s Director, Corporate Communications Department, Mr Isaac Okorafor made this known in a statement in Abuja on Friday.

Okorafor said 18 million Yuan  was also injected in the spot and short-tenored forward segment of the inter-bank foreign exchange market.

He said the development was in continuation of the CBN intervention in the inter-bank foreign exchange market.

He disclosed that the intervention, like in previous exercises, was for requests in the agricultural and raw materials sectors, adding that the Chinese Yuan on the other hand, was for Renminbi-denominated Letters of Credit.

Okorafor further expressed satisfaction over the stability of the foreign exchange market which, according to him, was largely due to sustained intervention by the apex bank.

He assured that the CBN management would remain committed to ensuring that all the sectors of the forex market continued to enjoy access to the needed foreign exchange.

According to him,  this is to ensure that the stability in the foreign exchange market will continue to attract investors .

News Agency of Nigeria (NAN) recalls that the bank was on Tuesday offered authorised dealers in the wholesale segment of the market the sum of 100 million dollars, while the Small and Medium Enterprises (SMEs) and the invisibles segments each received the sum of 55 million dollars.

Meanwhile, N358 was exchanged for a dollar at the Bureau de Change (BDC) segment of the foreign exchange market, while CNY1 exchanged at N46 on Friday. (NAN)