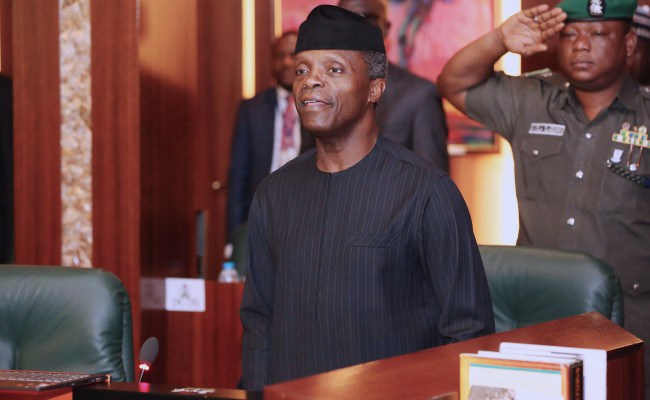 President Muhammadu Buhari is currently in Addis Ababa, Ethiopia, for the 33rd Ordinary Session of Presidents and Governments of the African Union.

The President is, however, expected back in the country today.

The meeting was heralded by the National Anthem, the Christian and Muslim prayers.

Afterwards, the Secretary to the Government of the Federation, Boss Mustapha, with the permission of the vice president, called for a minute of silence in honour of those killed in the latest Boko Haram attack in Borno.

The minute silence was also observed in honour of late Vice Admiral Patrick Koshoni, who died on the Jan. 25, aged 77, after a brief illness.

“So, he has served in three different capacities in the cabinet of the Federal Republic of Nigeria,’’ Mustapha said. (NAN)