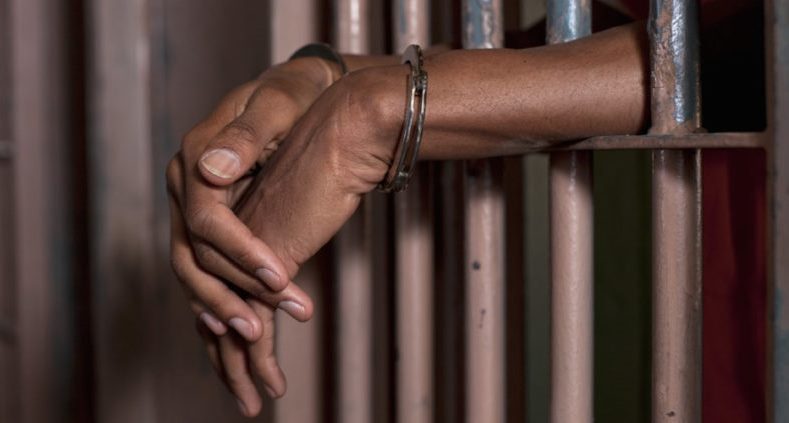 Justice Muslim Hassan of a Federal High Court in Lagos on Friday sentenced a 58-year old farmer, Yesiru Onajobi, to a jail term of 10 years for rape and defilement of his teenage daughter.

The Judge, who noted the rising wave of rape in the society, ordered that the convict would serve 10 years imprisonment without option of fine.

The News Agency of Nigeria (NAN) reports that the convict, a resident of Bogije St., Ibeju, in Lekki Lagos, was charged to court in 2011 on a two-count charge of having carnal knowledge of his 13 year-old daughter.

He was prosecuted by The National Agency for the Prohibition of Traffic in Persons (NAPTIP).

The Prosecutor, National Agency for the Prohibition of Traffic in Persons (NAPTIP), had told the court that after the death of Onaboji’s wife, he took custody of his only daughter who is a twin, while her brother was with relatives.

The convict was said to have engaged in repeated sexual adventures with his daughter, with whom he shared the same bed and restrained her movement or interaction with neighbours.

Although the convict had pleaded not guilty to the charge, the case suffered some set backs and adjournments as he had no legal representation for several months while he was in custody.

The trial, however, subsequently commenced after a lawyer was provided for the convict from the Legal Aid Council.

In his lengthy judgement on Friday, Hassan gave a detailed analysis of the facts of the case as reflected in the charge and the various arguments as canvased by respective parties.

The court expressed dissatisfaction at the high rate of rape, defilement, assault and sexual abuse of the girl child, which had become prevalent in the society.

“The issue for determination as formulated by counsel, can be summed into one, and that is whether the prosecution has proved its case beyond reasonable doubt.

“Proof beyond reasonable doubt is not proof beyond any shadow of doubt; once an ingredient of the offence is proved, it is sufficient proof,” he said.

Hassan held that it was difficult to disbelieve the evidence of the victim who he said gave a vivid account of the incidences, adding that her testimony remained constant at all times.

” The evidence of PW1 was consistent both in her examination-in-chief and under cross examination.

“PW 2 also corroborated this evidence and the defendant did not produce any evidence to prove his denial.

“I believe the evidence of PW1 and I hold that the prosecution has been able to prove its case.

“I hereby convict you, Yesiru Onajobi, on this charge and I call for allocutus,”

After listening to a very brief allocutus (plea for mercy) by defence counsel who urged the court to temper justice with mercy, the court held that the charge against the convict was a serious one.

“The right of custody of a child does not extend to abuse as done in this charge.

“The offence of defilement and child molestation is becoming rampant in our society, as one cannot leave his child under the care of his neighbour.

“I hereby sentence you, Yesiru Onajobi to 10 years imprisonment each on counts one and two, without option of fine.

“The terms shall run concurrently from the date of arrest,” he said

The News Agency of Nigeria (NAN) reports that the charge was first filed before Justice Barbara Molokwu in 2011, but was reassigned to Justice Chukwujekwu Aneke, after the transfer of Molokwu.

The case was again reassigned to Justice Hassan following the transfer of Aneke.

During trial, the victim gave a detailed account of how she was repeatedly sexually exploited by her father, who threatened to kill her if she dared to speak to anyone about it.

She had told the court that she slept on the same bed with her father, and had informed him when she discovered she had missed her period.

According to the victim, her father had taken her for test and when the result proved positive, he insulted and accused her of sleeping around while her mates were in school.

She told the court that her father pressed her mouth with a hot iron when she attempted revealing the secret, but added that when her pregnancy began to grow, she then informed her relatives who took her away to her grand mother.

The victim had told the court that when the baby was born, her grandmother refused the baby and she then called her father to take the child.

In his testimony, the defendant told the court that while he was taking the baby home, he was accosted by passengers who accused him of kidnapping for rituals.

He said that he was then arrested by police and after making confessional statements, he was handed over to NAPTIP for prosecution, while the baby is currently in custody of the state.