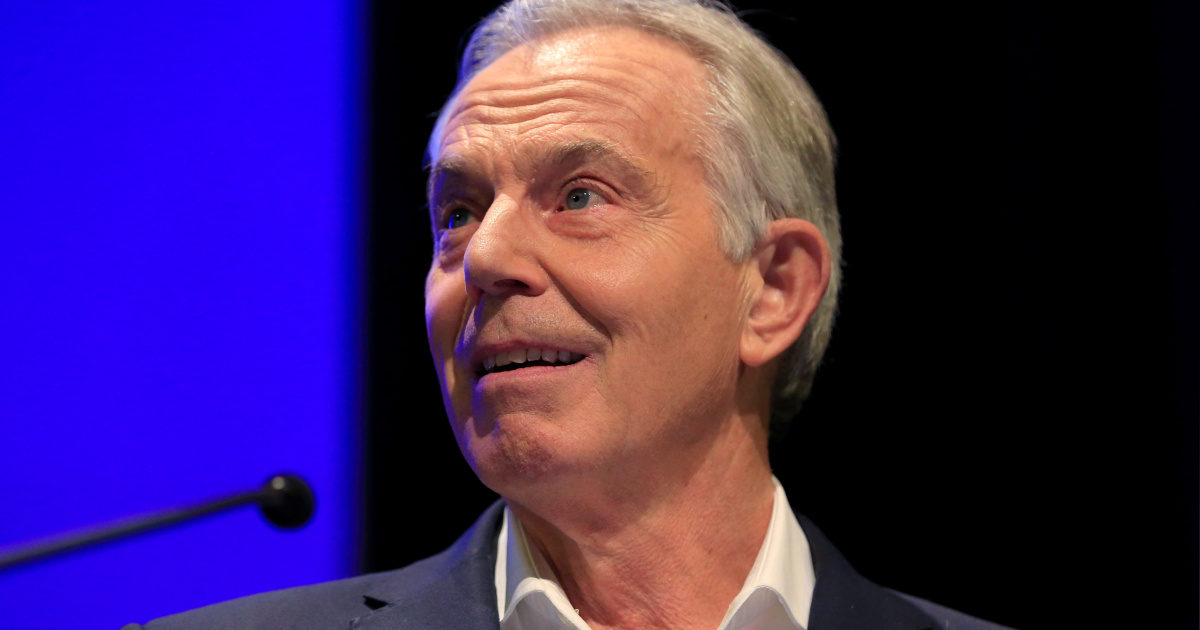 Former UK Prime Minister Tony Blair, who in 2001 took Britain into war in Afghanistan alongside the United States, condemned the “abandonment” of the country as “dangerous” and “unnecessary”.

In his first public comments on the crisis since the Afghan government collapsed last weekend, Blair criticised the US motives for the withdrawal as “imbecilic” and “driven not by grand strategy but by politics”.

“The abandonment of Afghanistan and its people is tragic, dangerous, unnecessary, not in their interests and not in ours,” Blair wrote in a wide-ranging article published on his institute’s website.

“We didn’t need to do it. We chose to do it. We did it in obedience to an imbecilic political slogan about ending ‘the forever wars’ – as if our engagement in 2021 was remotely comparable to our commitment 20 or even 10 years ago.”

The comments will be widely seen as a direct attack on US President Joe Biden, who used the “forever wars” phrase repeatedly during campaigning last year.

Blair, a controversial figure both in the UK and abroad over his strong support for US-led military action in both Afghanistan and then Iraq, argued the withdrawal left “every jihadist group round the world cheering”.

“Russia, China and Iran will see and take advantage. Anyone given commitments by Western leaders will understandably regard them as unstable currency,” he added.

British Foreign Secretary Dominic Raab, who has faced sustained criticism for being on holiday when Kabul fell, conceded late on Saturday that Moscow and Beijing would now play a bigger role in Afghanistan.

“We’re going to have to bring in countries with a potentially moderating influence like Russia and China, however uncomfortable that is,” he told the Sunday Telegragh.

“It will give us a group to exercise greater influence and better convey our messages to the Taliban.”

One of Britain’s longest-serving leaders, in power for a decade from 1997, Blair forged a close alliance with former US president George W Bush during the United States’ “global war on terror”, launched after the September 11, 2001 attacks.

His steadfast support for the increasingly unpopular military interventions in the Middle East was seen as a key factor in him standing down and handing power to his successor, Gordon Brown, in 2007.

In his lengthy article, Blair insisted the West must “give tangible demonstration” that it is not “in epoch-changing retreat” while decrying waning US global leadership.

“The absence of across-the-aisle consensus and collaboration and the deep politicisation of foreign policy and security issues is visibly atrophying American power,” he wrote.

He argued Britain had received “little or no consultation” from Washington over the Afghan withdrawal, and London was “at risk of relegation to the second division of global powers”.

His comments come amid growing discontent at Prime Minister Boris Johnson’s handling of the crisis, including within his ruling Conservative party, with criticism Britain has been far too ineffectual.

In the latest embarrassing revelations, the Sunday Times reported senior government officials had advised Raab to return from a luxury holiday in Crete, Greece, days before Kabul fell, only for Johnson to tell him he could delay.