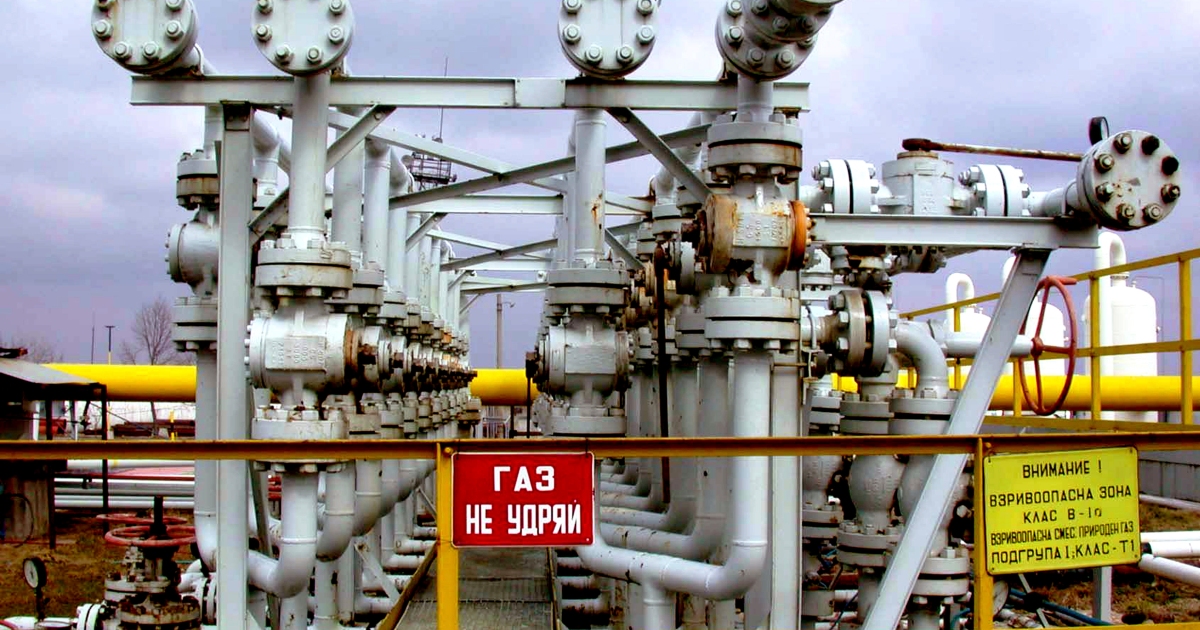 As Poles and Bulgarians worry their cookers and heaters will run dry, the rest of Europe is scrambling to respond after Vladimir Putin’s latest chess move over the Ukraine conflict – cutting off the gas supply to his major customers.

Moscow last week halted natural liquefied natural gas (LNG) deliveries to Poland and Bulgaria and has threatened to do the same to other countries over their support for Kyiv, prompting accusations of blackmail by European nations and the United States.

Putin’s tactic has been widely interpreted as a warning to his opponents in Europe – who also happen to be reliant on Russian gas, oil and other petrochemical products – as well as an effort to replenish his cash reserves. The message: no roubles, no gas.

A day after the Kremlin turned off the tap, the energy providers Uniper, in Germany, and Eni SpA, in Italy, reportedly opened accounts with Russian bank Gazprombank to buy Russian gas, handing Moscow a big win in its efforts to receive payments in roubles.

While challenging the European Union’s efforts to maintain a united front against Moscow, energy companies can stay technically compliant with the sanctions under a loophole that allows them to pay Gazprombank in euros, which the bank would convert into roubles in a separate account.

“Putin’s got this weapon and he’s using it,” Natasha Lindstaedt, a professor of government at the University of Essex and the author of Democratic Decay and Authoritarian Resurgence, told Al Jazeera.

“Not the military weapons he’s using in the war, but the weapon of everyone being dependent on his country’s natural resources.”

“What country would turn away that amount of euros and dollars a day?” Lindstaedt added. “But he wants payment in roubles, which in turn will help fund his war efforts. It makes a mockery of sanctions when Russia is receiving the equivalent of around $850m a day – from the very countries imposing them.”

The Western-led sanctions regime against Russia has crippled the country’s economy and depleted its foreign exchange reserves, prompting Moscow to use its main export to fill the coffers of the war effort with funds from its enemies.

While not unprecedented – the USSR delivered gas and oil to much of Europe throughout the Cold War – the dynamic puts countries that are both major customers and critics of Moscow, such as Germany, in a tight spot.

“Germany is between a rock and a hard place for sure. They depend more on Russian gas than anyone else in Europe,” Lindstaedt said.

“They’ll have to look more towards the Middle East, which is something they may not want to do for other reasons, and what’s galling for them is that Germany has had a strong green movement for a long time, that’s been talking about self-sufficient, alternative energies to gas and oil, so it’s an especially bad predicament for them.”

The European Commission last week announced the creation of a regional task force in Sofia that will now scout for other energy sources before the Bulgarian winter hits, while Polish Prime Minister Mateusz Morawiecki promised to wean his country off Russian gas, after accusing Moscow of “putting a pistol to our heads”.

Benedict McAleenan, a managing partner at Helmsley Energy and senior fellow at the Policy Exchange think-tank in London, said Putin wished to divide European nations and break down their united stance.

“It also works by raising uncertainty in gas markets, which pushes up prices and boosts Russian income,” McAleenan told Al Jazeera. “Poland and Germany had just struck a deal that would help Germany to join oil sanctions against Russia by using Polish pipelines to supply German refineries, and Putin is trying to punish them for it.”

“Meanwhile, Bulgaria’s government has shown support for Ukraine, but it has long had a big pro-Russia element. Putin probably thinks he can switch Sofia’s position by giving those pro-Russian agitators something to talk about.”

Lindstaedt said Bulgaria had more nostalgia for the Cold War than many of the former eastern bloc states.

“Putin has sizable support there, and part of that comes from the reporting of the Ukraine war being framed as unproven media smears and western propaganda,” she said. “So this could be spun as him being forced to take this action.”

If Russia is playing a long game, hoping European leaders can be swayed by public anger over rising energy prices, it has the potential to deliver a lot more economic pain.

“The real price increases have not yet worked through because no supplies have yet been cut off beyond Poland and Bulgaria. I imagine the public response will vary from one country to another.”

With many European countries already facing high inflation, it is unclear whether such a gambit would lessen or harden the resolve against Moscow.

“Really the only routes out are if Russia stops attacking its neighbour, or Europe moves very quickly to a system of lower energy demand, more renewables, nuclear power and a lot more LNG,” McAleenan said. “The other prospect is an international recession, which could help reduce prices, but is hardly something to wish for.”

Lindstaedt said the main lesson for Europe was that it had effectively sleepwalked into such a vulnerable situation.

“Putin has been sending clear warnings for some time that Europe, NATO, or whoever his perceived enemy is, shouldn’t ‘overstep’,” she said. “We’ve had more than two decades to get our act together but now it’s taken on an impetus for completely different reasons.

“It’s a mess that will repeat itself: Biden is pushing for more military aid to Ukraine, US allies in Europe concur, and Russia responds by using its gas supply weapon against those allies. The only real way for it to stop is for the gas to be removed from the equation somehow.”