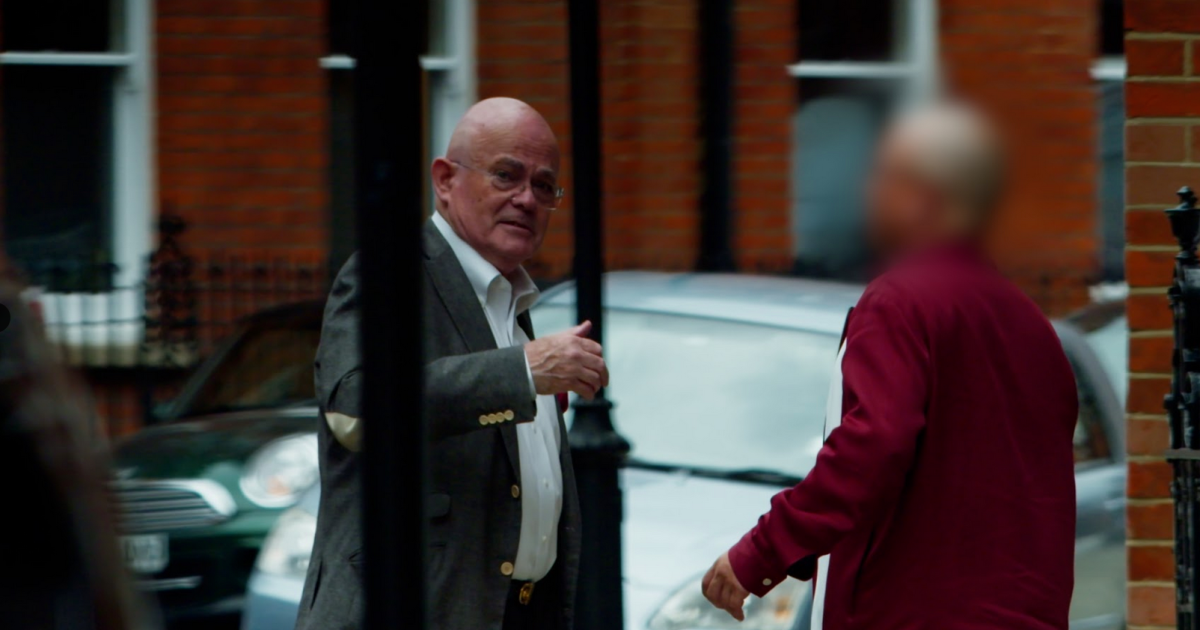 The English Football League (EFL) has launched a review of its Owners’ and Directors’ Test following an Al Jazeera investigation which revealed how middlemen can help convicted criminals buy English football clubs and use them to launder dirty money from abroad.

Responding to the investigation, The Men Who Sell Football, the EFL said the Owners’ and Directors’ Test would be reviewed “in light of the observations made in the programme”.

The EFL, the governing body for the three divisions below the English Premier League, admitted that football was vulnerable to “unscrupulous individuals” and that “people will try to gain access into our clubs”.

Middlemen were covertly recorded in the investigation telling undercover reporters how they use fraudulent due diligence reports and “dirty tricks” and hide buyers’ money and identities behind offshore accounts to deceive the football authorities.

One middleman, Christopher Samuelson, an offshore finance expert, sets up a deal for the undercover reporters – posing as agents for a fictitious wealthy Chinese criminal – to buy Derby County FC for 99 million pounds ($135m).

Another middleman, Keith Hunter, a private investigator and former Scotland Yard detective, was filmed arranging for the criminal investor to obtain a European Union passport, with a new name, to ensure his crimes were hidden from the EFL.

The Owners’ and Directors’ Test bans anybody with an unspent conviction and a minimum 12 months’ jail sentence from owning a football club. It can also require prospective owners to produce “evidence of the ultimate source and sufficiency of funds” to buy and sustain a club.

The EFL refused to answer questions about key issues in the documentary including the purchases of Reading FC in 2012 and Aston Villa in 2016 – deals that Samuelson helped to arrange and which led both clubs into financial crisis.

The EFL said it had measures in place “designed” to stop “unscrupulous” individuals.

It said the British government also “has a role to play” because “breaches of the EFL regulations are also likely to involve breaches of domestic legislation on publication of ultimate control [of football clubs]”.

The EFL said “lax company law regulation” means “people will try [to gain access to our clubs] and we have to be vigilant”.

The investigation’s revelations add to growing pressure on the EFL. In July, an interim report by the government’s fan-led review of football governance – launched after the breakaway European Super League fiasco in April – called for an independent regulator and reform of the football authorities’ financial regulation and governance, including ownership.

Chris Eaton, an international sports integrity consultant, said the EFL must carry out a full investigation and commit to “real reform”.

“The English game has abjectly failed to administer fit and proper persons’ tests to the standards of the international private corporations they seek to emulate,” he said. “Samuelson’s derisory mockery of the rules says it all.”

Eaton said police should investigate Samuelson and Hunter and both should be suspended from involvement in football pending the results of the investigation.

In the documentary, undercover reporters tell the middlemen that their fictitious client, “Mr X”, was sentenced, in absentia, to seven years imprisonment for bribery and money laundering by a Chinese court, had smuggled his money out of China through Macau casinos, and now wanted to invest in an English football club.

Samuelson says he will “defeat the EFL” and gives a step-by-step guide on how the criminal’s money and identity can be concealed using offshore trusts.

He says that Tony Xia, who he helped buy Aston Villa for a reported $105m in 2016, was “a front” for other buyers – but still helped him obtain EFL approval. Xia is currently in custody in China pending a police investigation.

Samuelson also says he obtained EFL approval for Anton Zingarevich, the son of Russian tycoon Boris Zingarevich, to buy Reading in 2012 when “Anton didn’t have any money. I didn’t clear Boris [with the EFL], I cleared Anton,” he says. “I got his father to gift the money to him. They didn’t argue about it, at all.”

Hunter’s contacts in Cyprus offered to help Al Jazeera’s fictitious criminal obtain an EU passport for more than $8m – higher than the cost under the official Cyprus citizenship scheme, which excluded criminals.

Al Jazeera told the passports story in The Cyprus Papers Undercover, released in October 2020. It prompted high-level resignations, EU and Cyprus government investigations, and demonstrations in the Cypriot capital, Nicosia.

The EFL spokesperson added: “We are unable to comment on any individual’s circumstances, or any ongoing investigations … unless and until such time as someone is charged and a judgment has been published in accordance with our regulations.”

Samuelson’s lawyers say he was never told that Mr X had criminal convictions for money laundering and bribery. Had he known of any criminality, he would have ended discussions immediately.

Keith Hunter refuses to engage with the details of Al Jazeera’s findings but said he strongly disputed most of them.