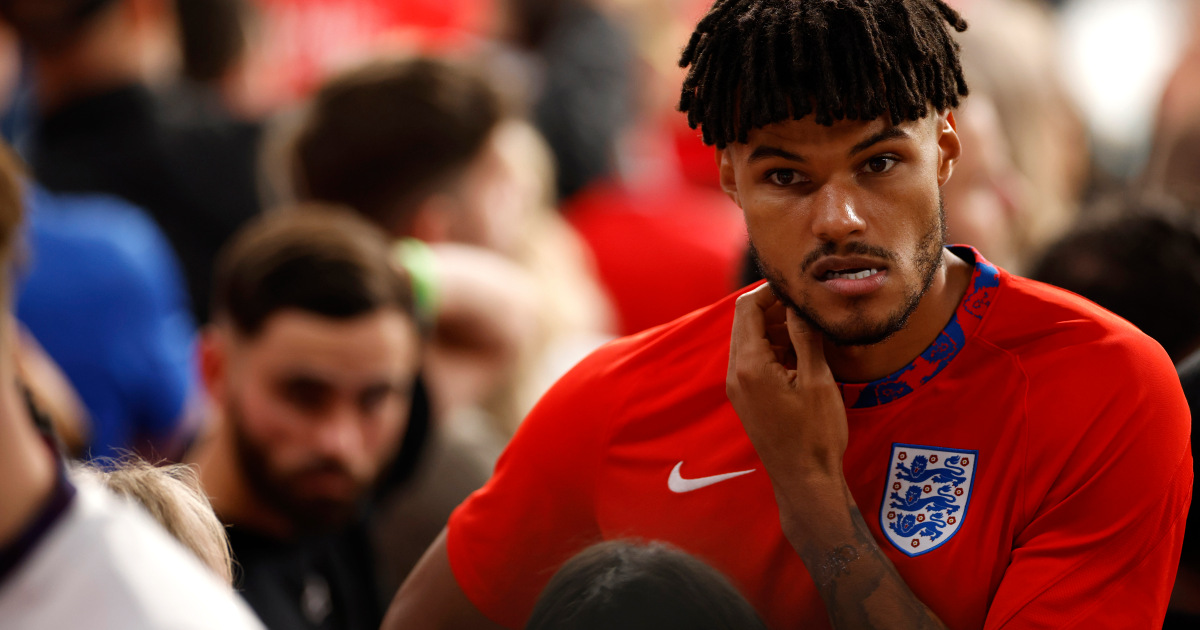 Patel had previously said taking the knee was “gesture politics” and Prime Minister Boris Johnson, who has enthusiastically waged verbal war on so-called woke politics, had also equivocated for days over the issue.

Patel had said on Monday the online racial abuse of the three Black players – Marcus Rashford, Jadon Sancho and Bukayo Saka – after missing penalties in the shoot-out defeat by Italy was “disgusting”, but Mings issued a stinging response.

“You don’t get to stoke the fire at the beginning of the tournament by labelling our anti-racism message as ‘Gesture Politics’ and then pretend to be disgusted when the very thing we’re campaigning against, happens,” he tweeted.

The allegation of hypocrisy levelled against the government by Mings and even some Conservative MPs is particularly dangerous for Johnson, as the England team basks in widespread sympathy after its agonising loss.

Rashford had become a hero to many inside and outside football by successfully lobbying Johnson to provide free school meals for underprivileged children during the coronavirus pandemic.

“I’m Marcus Rashford, 23-year-old black man from Withington and Wythenshawe, South Manchester. If I have nothing else I have that,” the Manchester United forward wrote on Twitter.

“I can take critique of my performance all day long, my penalty was not good enough, it should have gone in but I will never apologise for who I am and where I came from,” Rashford added.

Images on social media showed a mural honouring Rashford in Withington had been defaced before locals covered the hateful language with messages of support.

“Seeing the response in Withington had me on the verge of tears,” Rashford said, as sympathisers planned a protest at the mural later on Tuesday.

Premier League teams have taken the knee since last year following the murder of George Floyd at the hands of a white police officer in the United States.

“Very uncomfortable with the position we Conservatives are needlessly forcing ourselves into.”

“Three lads who were brilliant all summer had the courage to step up and take a pen (penalty) when the stakes were high,” he said.

“They deserve support and backing, not the vile racist abuse they’ve had.

“If you abuse anyone on social media you’re not an England fan and we don’t want you.”

The racist attacks have also been strongly condemned by the English Football Association. Its president, Prince William, said he was “sickened” by the abuse.

At a cabinet meeting, Johnson told his ministers that “the abuse was utterly disgraceful and has emerged from the dark spaces of the internet,” according to his spokesman.

He said that in his meeting later on Tuesday with representatives of social media companies, the prime minister will “reiterate the urgent need for action, ahead of tougher laws coming into force” in the UK.

The government’s planned “online harms bill” will, for the first time, bring firms such as Facebook and Twitter within the orbit of the UK’s communications regulator.

Under the bill, if social media companies fail to take down abusive content promptly, they could be fined up to £18 million ($25m) or 10 percent of their annual global turnover, whichever is higher.