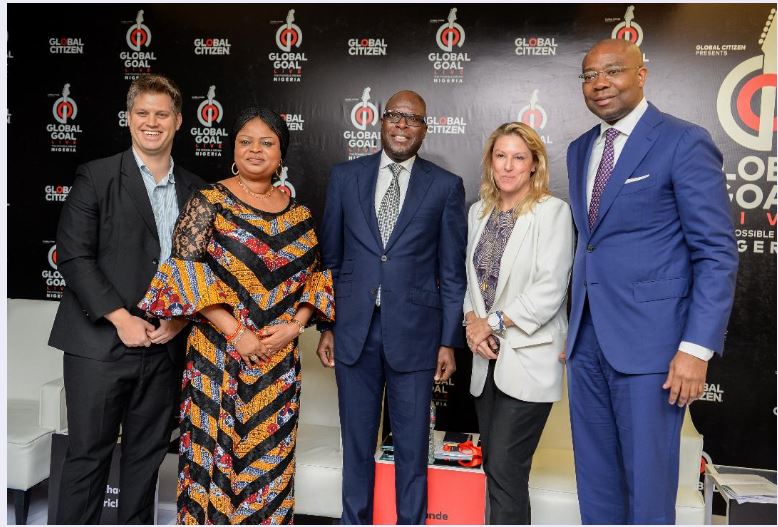 According to the United Nations, in spite of the positive global trend, poverty rates in Africa have increased with Nigeria as one of the countries topping the list as six people fall into extreme poverty every minute.

Current estimates put the number of people living in extreme poverty in Nigeria at 89 million, the highest anywhere in the world, and over 40 per cent of the population.

The World Bank Group says while there has been marked progress on reducing poverty over the past decades, the number of people living in extreme poverty globally remains unacceptably high.

Also, given global growth forecasts, poverty reduction may not be fast enough to reach the target of ending extreme poverty by 2030.

To address these rather stark realities, the Federal Government of Nigeria has pledged to lift 100 million people out of extreme poverty over the next 10 years, an average of 10 million per annum.

To be on target to achieve the United Nations Global Goals by 2030, 120 million people should have been lifted out of extreme poverty between 2016 and now.

The 2019 Bill and Melinda Gates Foundation Goalkeepers report estimates that 83 million people have escaped poverty during that period, demonstrating progress, but falling short of the required rate.

For every year, Africa and Nigeria remain behind the target and the work needed to achieve the Global Goals increases; hence the urgent need to improve indices.

The Global Citizen, in partnership with Teneo, during the UN General Assembly in New York on Sept. 26, launched the “Global Goal Live: The Possible Dream”.

Following suit, the Global Citizen group convened a policy forum for the public and private sector, civil society organisations and the media in Lagos to present the policy objectives for Global Goal Live: The Possible Dream campaign in Nigeria in 2020.

The campaign to be held in Lagos, aims to exceed the South Africa target and mobilise billions in commitments for Nigeria.

Specifically, 2 billion dollars of the money allocated to Nigeria will be used to impact the lives of millions of impoverished women and girls.

Generally, it is estimated that the end of poverty is in sight if an additional 350 billion dollars is secured each year for the world’s poorest countries for the next 10 years.

The Global Goal Live: The Possible Dream campaign in Nigeria for Sept. 26, 2020 will be the largest live broadcast event in history scheduled to hold in Lagos, Nigeria.

The historic 10-hour global media event will showcase simultaneously festivals in Lagos and New York’s Central Park — as well as satellite events in Seoul, Korea, and to be announced in cities in Latin America and Europe.

It will see the worlds of pop, policy, and business unite to create unprecedented change and lasting impact singing and crooning all to achieve an end to poverty.

Speaking at the launch of Nigeria 2020, Chairman, Global Citizen Nigeria, Mr Tunde Folawiyo, said: “Achieving Nigeria’s pledge to lift 100 million people out of poverty in the next decade will only be possible if the public sector, private sector and civil society collaborate closely.

“A coordinated, multi-stakeholder approach is essential”.

Also, Mr Aigboje Aig-Imoukhuede, Vice-Chairman, Global Citizen Nigeria, said that government alone could not win the fight against poverty in the country.

“The government alone cannot deliver the resources we need to win the fight against extreme poverty.

“We must create multiple entry points to allow local and global influencers come together and make a difference. Innovative financing models, creative partnerships and new technology is what this movement to end poverty must deliver,’’ he said.

Global Citizen Co-Founder, Mr Mick Sheldrick, says that the world needs about 350 billion dollars annually to end extreme poverty and achieve the Global Goals in the 59 poorest countries by 2030.

“As we have seen, each year we do not meet this cost, more people will fall into poverty and the cost of inaction will go up.

“That is why 2020 must be a year of urgency where we remind the world’s governments and businesses of the budget gap facing the goals, they all signed up for. We look forward to working with the Nigerian private sector to help drive progress toward the Goals.

“Conclusively, the  work to end extreme poverty still remains a huge challenge and if ending extreme poverty by 2030 is achievable, it requires concerted efforts from both private, public sectors and governments,” Sheldrick said.

People who live in fragile countries and remote areas are most vulnerable and hard to reach, especially as access to good schools, health care, electricity, safe water, and other critical services remain a mirage

Campaigns to get governments, corporations and philanthropists and citizens must be heightened to take action now for people and the planet.

This reinforces Princess Adejoke Orelope-Adefulire, Senior Special Adviser (SSA) to the President Muhammadu Buhari on SDGs, emphasises the need to work together to end poverty.

“Working together and the drive of the private sector of Nigeria coming together to work with the government to make life more beautiful for Nigerians and end poverty in all ramification is a welcome development.

“I have signed in for this and I am sure we will succeed; I urge all Nigerians to sign in too,’’ she said. (NAN)