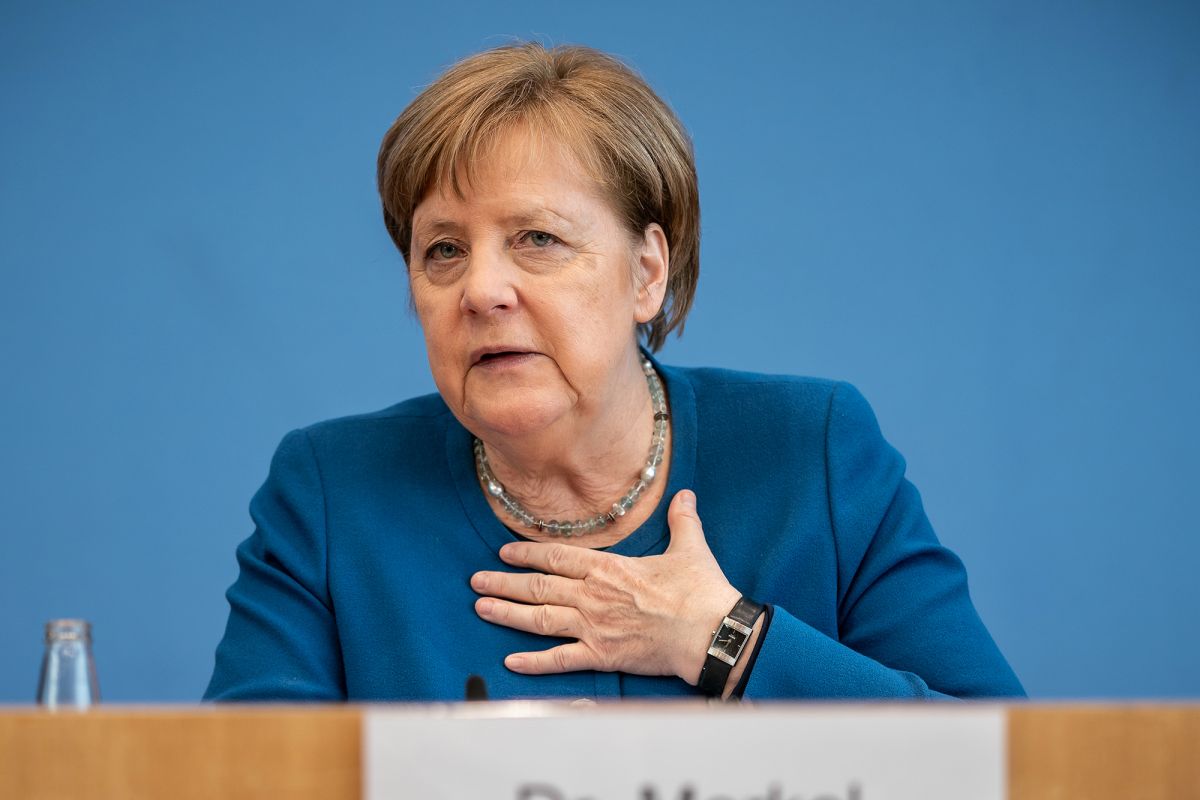 German Chancellor Angela Merkel warned Germans to remain at home over the upcoming Easter holiday, to keep spread of COVID-19 to a minimum.

Merkel said it would be “irresponsible” to give a date for when restrictions on public life would end.

“We will all experience a very different Easter than ever before,” Merkel said in a video message posted late on Friday, in her first remarks to the nation since herself leaving quarantine.

Contrary to their usual traditions, Germans must continue to forgo all social contact over the Easter holiday, the chancellor said in her weekly podcast, in order to keep the spread of the virus to a minimum.

While for many Germans Easter meant going to church, spending time with family, friends or relatives, Merkel said: “But not this year.”

Describing current restrictions as “vital,” she said it would be “irresponsible” to give a date for them to be eased or lifted.

The current rules will remain in place until at least April 19.

Germans have been banned from meeting in groups of more than two people.

Restaurants, theatres, cinemas, bars and children’s play areas are closed, along with many shops.

Speaking hours after she returned to her office after two weeks of home quarantine, Merkel sought to reassure viewers her government was doing everything it could to see the nation through a testing time.

Her comments came after it emerged the German government was working on a series of new measures in response to the coronavirus pandemic.

“Now the work continues from the chancellery,” with social-distancing measures in place, government spokesperson Steffen Seibert said of Merkel’s return.

She went into quarantine on March 22, two days after she had contact with a doctor who then tested positive for the coronavirus.

She herself tested negative three times.

The government has ordered all citizens to stay at home when possible and stick to social-distancing rules to slow the spread of the novel coronavirus.

It has also restricted access to the country and provided aid for hard-hit citizens and businesses.

Another large aid programme is now in the works to prevent bankruptcies among small and medium-sized firms, sources told dpa on Friday.

The measures being discussed include temporarily offering state guarantees as collateral for loans to medium-sized companies.

This could see the German state take over guarantees totalling up to 300 billion euros (324 billion dollars).

The new programme was expected to be finalised by the economy and finance ministries at the weekend, after the European Commission gave the green light on Friday.

The German economy has been struggling to absorb the shock of the coronavirus crisis.

Almost every fifth company is at threat of bankruptcy, according to a survey carried out by the Association of German Chambers of Industry and Commerce (DIHK).

“This includes tens of thousands of medium-sized companies that had been very healthy so far and do not get knocked over so easily,” DIHK president Eric Schweitzer told dpa, warning that not much time is left to avoid an “unprecedented wave of bankruptcies.”

Some sectors were already suffering before the virus hit, with the Mechanical Engineering Industry Association (VDMA) reporting on Friday that orders fell in February by 4 per cent in real terms compared to the same month last year.

“The money must flow quickly to cushion the crisis,” VDMA executive director Thilo Brodtmann said in a statement.

German officials will on Monday also discuss the possibility of introducing more border controls and a quarantine obligation for all people arriving on flights, according to a report by the Spiegel news magazine.

The measures already introduced by Germany are having a measurable effect, the government agency for disease control and prevention said.

For a few days now, a person infected with the new coronavirus in Germany has, on average, been infecting only one other person, according to the Robert Koch Institute (RKI).

In previous weeks, that number had been at five, sometimes even seven.

But the new data does not yet justify an all-clear, RKI president Lothar Wieler said: “We have to get under one (person being infected by another on average). I hope this will happen in the coming days.”

By Friday night, more than 85,100 infections and at least 1,150 deaths had been reported in Germany, according to a dpa tally based on state data. (dpa/NAN)