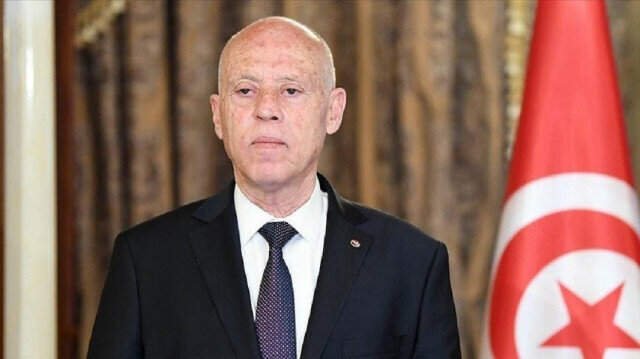 Tunisian President Kais Saied has decried plans by lawmakers to form a “national salvation” government overseas as a “coup attempt”.

“Those behind this attempt have not been arrested, and we have not demanded that,” Saied said in a video clip shared by the presidency during his Saturday meeting with Justice Minister Leila Jaffel.

On Friday, Riad Al-Shuaibi, a political adviser to Ennahda leader Rashed Ghannouchi, told Al-Quds Al-Arabi newspaper that consultations were underway with the Tunisian opposition to form a national salvation government to get the country out of the ongoing political crisis.

Al-Shuaibi said the effort is being led by MP Ahmed Najib Al-Shabi of the Al-Amal Party, calling for all parties to urgently support the initiative to “bring the country out of its crisis before it is too late.”

Tunisia has been in the throes of a deep political crisis since July 25, 2021 when Saied dismissed the government, suspended parliament, and assumed executive authority, in a move decried by opponents as a “coup.”

The North African country is also going through a severe economic crisis aggravated by the coronavirus pandemic amid the ongoing Russian war on Ukraine.

* Writing by Ibrahim Mukhtar in Ankara