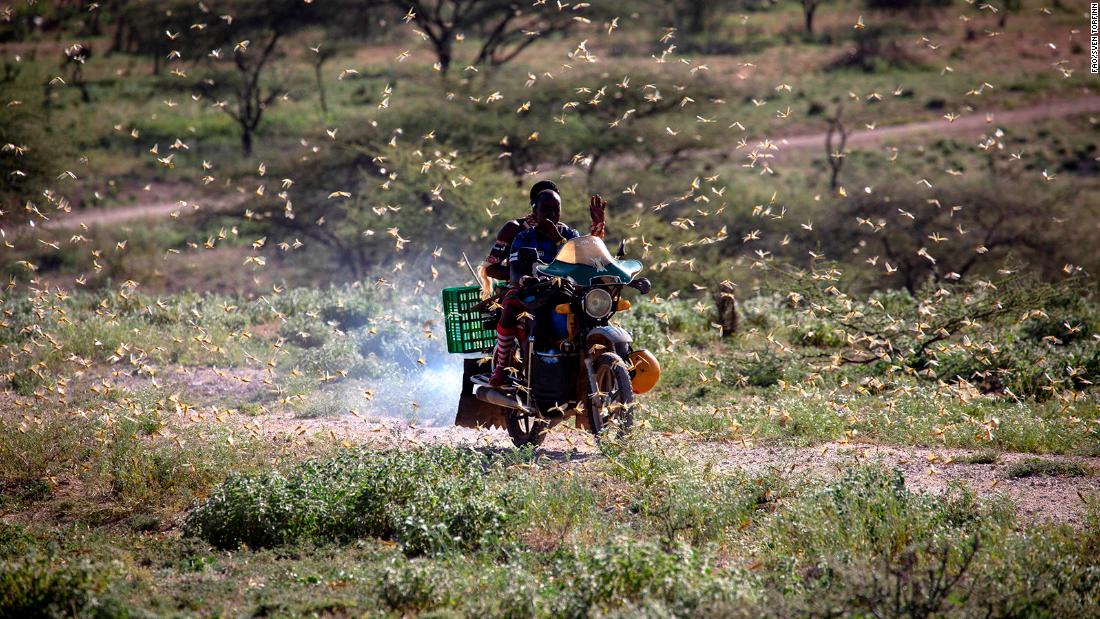 The invasion poses an unprecedented threat to food security in the entire sub region, where over 19 million people in East Africa are already experiencing a high degree of food insecurity, the agency said.

In Kenya, it is the worst invasion in 70 years, and the government is spending $5 million to manage the swarms of locust and prevent spreading.

Invasions of desert locusts are irregular in the region, the last instance occurred in 2007 at a much smaller scale.

“This current invasion of desert locust is significantly larger in magnitude and scale than previously experienced in Kenya and across East Africa,” said Dr. Stephen Njoka, the Director General of Desert Locust Control Organization.

Irregular weather and climate conditions in 2019, including heavy rains between October and December, are suspected to have contributed to the spread of locusts in the region.

“Under a worst-case scenario,” the invasion could become a plague if it is not contained quickly, the FAO said in a statement.

The locusts have already devastated large swaths of food and pasture in the region, but the extent of the damage cannot yet be determined since new swarms are spreading across borders everyday, said Njoka.

While Njoka remains positive the pesticides are working, the rapid and constant movement of the locusts makes it difficult to assess just how effective it has been.

The FAO estimates an increase in locust swarms will continue until June, leading the agency to put in place a six month emergency action plan and suggest it will take USD $70m to contain the swarms across the region.

The desert locust is the most destructive of all food-eating locust species because of its speed and ability to multiply rapidly.

Desert locusts swarms can stay in the air for very long periods of time, traveling up 130 kilometers (80 miles) or more a day, the FAO said.

A swarm the size of Paris can devour as much food as half the population of France, according to the FAO.