Demolition of historic houseboats marks end to Golden Era past 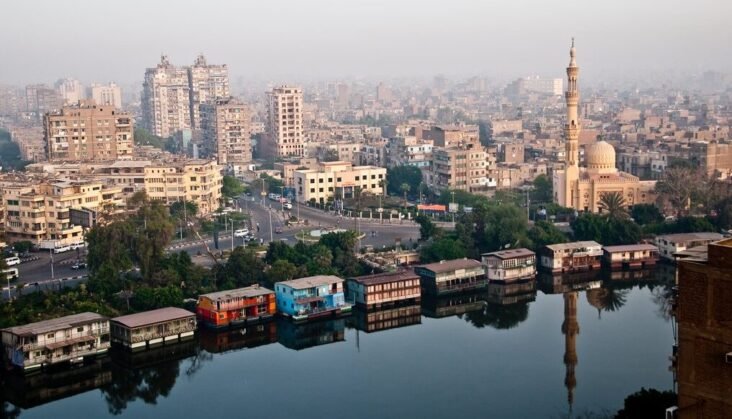 The Cairo houseboats are legendary structures that are part of the making of what culture scholars call Egypt’s Golden Age. They are revered for having served as a gathering place for great Egyptian artists and writers, such as Farid al-Atrash, Muhammad Abd al-Muttalib, Muhammad Abd al-Wahhab, Badia Masabni, Tahia Karioka, Naguib al-Rihani. Since the 1940s, the houseboats have housed many foreigners and expats, including some German undercover agents during WWII.

In mid June, Ahmed Youssef, a 51-year-old employee, was on his way to get breakfast for his family when he received a notice from the Giza governorate to evacuate, as a demolition force would begin tearing down his houseboat in 10 days.

“They ordered us to pick our memories, dreams, and the lives of our parents and children, and go,” Youssef tells The Africa Report. Since 2020, Youssef says he has been trying to pay the fees and register his houseboat, but was blocked from doing so. Part of the letter he received was a fine for LE500,000 ($25,000) for illegally living on state property without a permit.

Youssef insists that for him and his family, as well as for his neighbours, these houseboats are not resorts or summer houses or party spots. “These are the houses that we raise our children in and where we live both the good and bad moments of our lives… This is our private property, which is protected by the constitution,” he tells The Africa Report.

Youssef believes that the governorate wants to tear down these houseboats, which occupy a healthy proportion of the Nile banks, to build high-rise cafes, restaurants, and tourist destinations.

For the last eight years, Egypt’s government has been expanding a campaign to demolish properties that are deemed illegal or a violation of state property, in order to expand touristic, business-oriented, and road infrastructure projects. Thousands have been displaced from their private residents all over the county.

The state acquires the confiscated land and either sells it to private investors or launches state administered projects, such as military-owned cafes or malls.

The campaign has primarily been targeting lower class slums and middle-class social housing, but has also extended to historic areas in old Cairo, monumental cemeteries and hotels, and now the country’s memento from its so-called golden age of music and film.

Access to the shores of the Nile has become expensive in Egypt as the majority of the two banks are privatised and owned by hotels of private clubs, which are affordable to common Egyptians.

On 2 July, I will be homeless with my family

Another boat owner who requested anonymity tells The Africa Report that her family also received a letter of evacuation, and they were threatened by having the water and electricity cut. “On 2 July, I will be homeless with my family.”

She adds that the houseboat cost thousands of pounds to renovate and prepare for the summer and winter seasons, and is estimated to have cost between LE5m ($266,000) and LE6m. The government will not grant the evacuated persons any compensation for leaving their households.

“From having a house and a decent investment, to having nothing; that summarises our situation. A shelter is one of the basic needs of having a decent life. If they take this away from us, then we consider ourselves violated by the very country we love,” the owner tells The Africa Report.

‘To beautify the Nile’

Ayman Anwar, head of the Central Administration for the Protection of the Nile River in Greater Cairo, tells The Africa Report that the government has certain criteria on what is labelled a cultural and/or archaeological element. The Department of Antiquities, for example, decides what is archaeological. Anwar points out that the boats, in this case, are not considered archaeological by the government, thus the state has the right to weigh in on their outcome.

He cites the lack of proper documentation and registration as a reason for the mass demolitions. “30 houseboats have failed to renew or establish a legal registration,” Anwar says, explaining that this violates many laws and warrants the intervention of the state. However, when The Africa Report refers to the situation of three houseboat owners who have faced obstacles in renewing their registration, he says the reason is to “beautify the Nile with such houseboats  is not civilised scenery. They can be used as den for crime and drug abuse”.

However, Youssef argues that their houses were always regulated by the state and historically blended into the historical Cairo skyline that many people find postcard perfect.

Nobel prize winner Naguib Mahfouz was a frequent visitor to the houseboats, which acted as a meetup for journalists, thinkers, and artists. His masterpiece, Chit Chat of the Nile (1966), documented the moral defeat of the Egyptian intelligentsia after the 1967 war against Israel. The meeting place for the characters was one of these houseboats. In 1971, Kamal Al-Sheikh turned the novel into a film.

“Mahfouz, a lover of Cairo and its crowded streets, would be disappointed,” Ikhlas Helmi, the oldest resident living in the houseboats, tells The Africa Report. She is one of the most vocal opponents to the demolitions and has filed reports to the state officials, including President Abdel Fattah Al-Sisi, to stop the evacuations and legalise their status, for herself and the other 29 owners.

“They say that I am the oldest resident of the Nile boats in Giza, and the truth is I don’t know another life for me far from the Nile. I was born here, and I’ve lived for 87 years, which is my whole life. It has decades of years and memories that cannot be forgotten.”