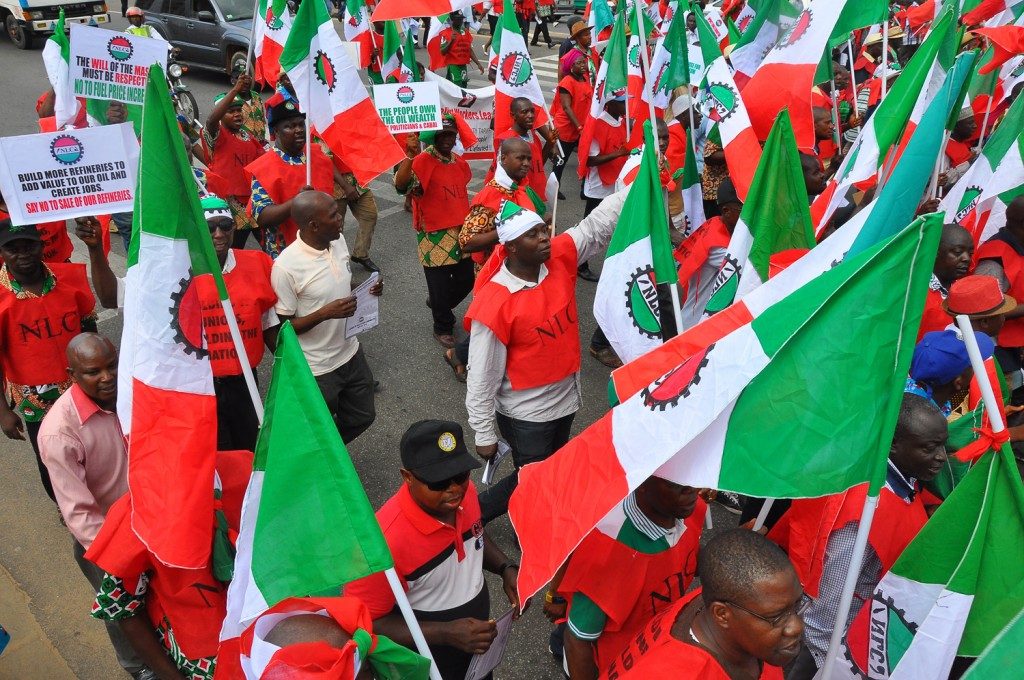 The Nigeria Labour Congress (NLC) in Delta on Thursday announced the suspension of the strike embarked on over the failure of the federal government to fully implement the new N30,000 minimum wage.

The News Agency of Nigeria (NAN) reports that the NLC in the state had on Tuesday embarked on strike to protest what it considered a failed negotiation by the Joint Negotiation Council (JNC) on the new minimum wage.

Addressing newsmen on the sideline of the 5th Quadrennial State Delegates Conference of State Chapter of the Medical and Health Workers Union on Thursday in Asaba, Mr Goodluck Ofoburuku, the NLC Chairman, announced the suspension of the strike.

He said that the strike was suspended in Delta State following intervention and directives from the national body for it to be allowed to conclude the negotiation on the consequential adjustment on the new minimum wage.

“The initial directives that we received was that, if negotiation was not concluded by Tuesday, we should commence strike by Wednesday, which we complied with.

“That is why, yesterday our people moved out to ensure that there was a compliance but based on the advice of the national body, we have advised our members to return to work and gradually they are going back to work.

“We have been told that significant progress has been made by the Joint Negotiation Council (JNC),” the chairman said.

Ofoburuku , however, said that the NLC in the state would await further directive from the national body should the negotiations fail.

“We have soft pedaled but waiting for directive from the national  should the negotiations fail.

“The truth of the matter is that the state government has committed itself to pay the minimum wage once the template is ready.

“However, if it is unsuccessful, the national headquarters will tell us what to do; I have no regret for taking an action that I am directed to take.

“I was elected to fight for the interest of my people and if it means that going on strike is what will make the union get what it is asking for, I will not regret it,” Ofoburuku said.

The NLC chairman, who is the outgoing State Chairman, Medical and Health Workers Union of Nigeria, said that his administration achieved some goals, including salary reviews, encouraged the building of capacity of workers and in house training for members.

“But lately, those of our members who had in house training are finding it difficult to be converted after their education, it is a challenge that I want the incoming executive to take up that issue,” he said. (NAN)