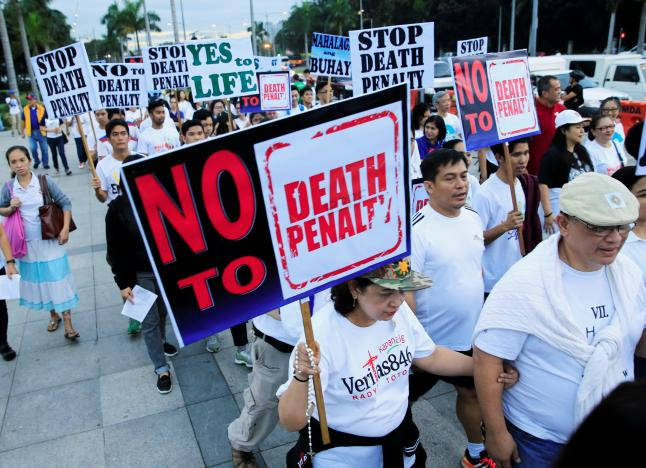 As the World marks Day Against the Death Penalty, Human Rights Law Service (HURILAWS) and Legal Defence and Assistance Project (LEDAP) on Thursday drew attention to the negative impact of the death penalty on children.

The News Agency of Nigeria (NAN) reports that Oct.10, is slated as World Day Against the Death Penalty.

It is a day set aside every year to advocate the abolition of the death penalty and raise awareness on the conditions and the circumstances which affect prisoners on death sentence.

The day was first organised by the World Coalition against the Death Penalty in 2003.

To commemorate the day, two Human Rights Organisations, HURILAWS and LEDAP have drawn public consciousness to the effect of the penalty on children in the society.

In a statement jointly signed by Mr Collins Okeke and Mrs Pamela Okoroigwe, representing both organisations, they, among others, called on government to put in place modalities with focus on children.

“In its 2018 global report on death sentences and executions, Amnesty International recorded that in Nigeria; at least 19,336 people were on death row.

“Many of these people have children connected to them either as daughters, sons, nephews or nieces.

“The death penalty does not only affect the person who is sentenced, as family members of the sentenced persons are also collateral victims.

“HURILAWS and LEDAP call on the Federal and State legislators and executives in Nigeria to:

“Put in place an official moratorium on the imposition of death sentence and the carrying out of executions on the parent of a child.

“Conduct a child rights impact evaluation of the actual impact of the implementation of current legislation and policies in their state, related to the death penalty, to assess the impact on children of the parental death penalty, ‘’ the organisations said.

The organisations said there should be consideration of all aspects of children’s rights in this evaluation, including the right to be free from inhuman treatment and the rights to health, education, and an adequate standard of living.

They suggested engagement in thorough communication with children to facilitate their meaningful participation in this process and to identify their best interests, using child-friendly procedural safeguards.

“Develop transparent and objective processes for legislative decisions made concerning the death penalty to ensure full consideration and respect of the human rights of children.

“Enact legislation that requires in law the detailed procedural steps for conducting a best interests of the child assessment as set out in the UN Committee on the Rights of the Child.

“General comment on the best interests of the child and include a provision explicitly requiring that such an assessment be conducted before any sentencing decision is made that impacts a child.

“Ensure that all the procedural requirements set out in this legislation are disseminated to both prosecutors and judges,’’ they said. (NAN)