Customs agents to shut down Lagos ports next week 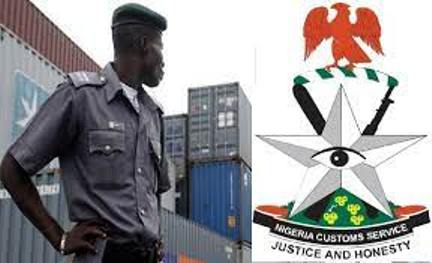 The Association of Nigerian Licensed Customs Agents (ANLCA) said its members will embark on a day’s warning strike on Monday 25 April, over the introduction of 15 per cent National Automotive Council (NAC) levy.

Alhaji Rilwan Amuni, Taskforce Chairman of ANLCA, said this in a circular obtained by the News Agency of Nigeria (NAN) on Friday in Lagos.

The levy was recently introduced by the Nigeria Customs Service (NCS) on used imported vehicles, a decision which didn’t go down well with clearing agents in the country’s maritime sector.

The agents argued that the NAC levy is mostly meant for new vehicles, questioning the rationale behind the introduction of the duty on used vehicles.

The circular said that the warning strike was a fall out of consultations among critical stakeholders.

“We have consulted widely among critical stakeholders as par the 15 per cent NAC and “illegal benchmarks on Pre-Arrival Assessment Report (PAAR)”.

“It has been concluded that the 15 per cent NAC is a fraud and an obnoxious policy.

“In view of this, in conjunction with other stakeholders their will be a one-day warning strike on April 25 by 10:00 a.m. prompt, starting from our ‘Holy Ground’ in front of Grimaldi.

“And we will move down to Customs Area Controller (CAC’S) of Port and Terminal Multi-services Ltd. (PTML) and Tincan enroute all other terminals in Tincan and Apapa,” it said.

The circular, however, expressed optimism that the authorities concerned would reverse the “Illegal 15 per cent NAC and also review the benchmarks on PAAR” within the next 48 hours.

It said that all members should be ready to down tools and ensure total shut down at the ports after the warning strike, if the policy was not reversed.

“Please note that April 25 and 26 is just a ‘warning strike’, agents are allowed to do their jobs and tidy up against Wednesday in lieu of whether their will be a reverse or not,” it said.