curfews in Senegal and Ivory Coast, lockdown in South Africa 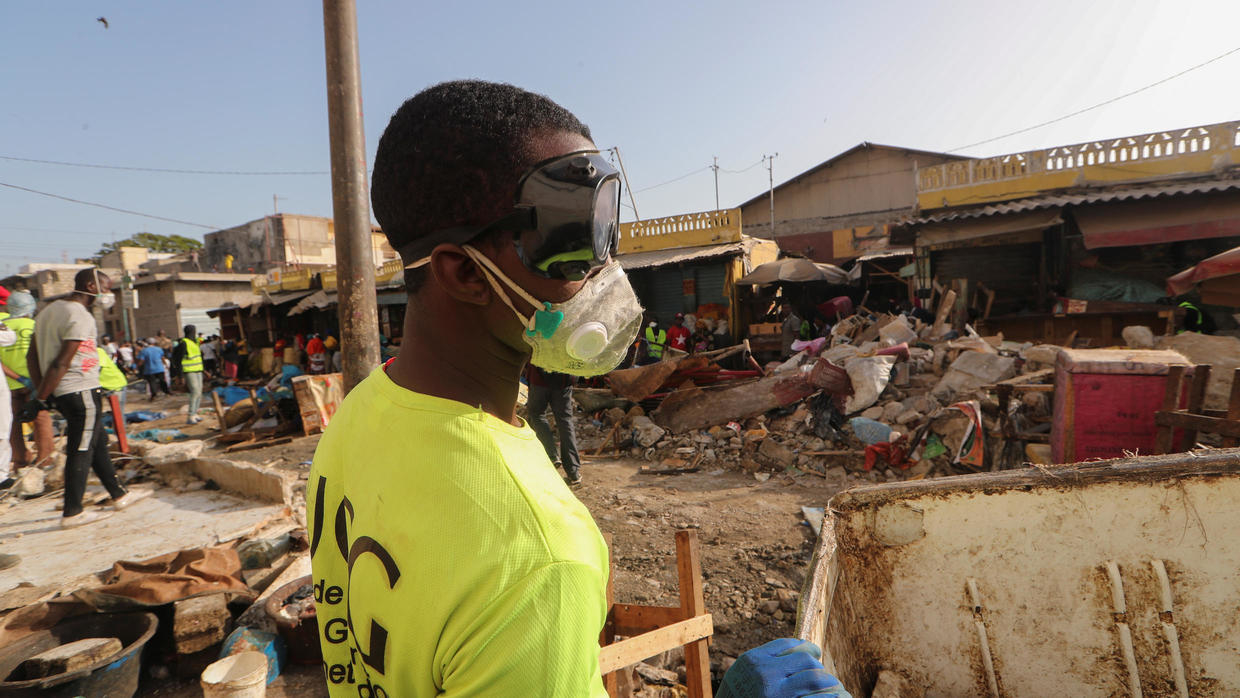 South Africa’s president on Monday said he was deploying the military onto the streets to help police enforce a nationwide lockdown, while Senegal and Ivory Coast both announced they were imposing a state of emergency to tackle the spread of coronavirus.

Coronavirus cases were slow to arrive in Africa, but the virus is spreading quickly, having infected more than 1,700 people across 45 countries and challenging already strained and under-funded health systems.

South African President Cyril Ramaphosa on Monday announced a three-week national lockdown to contain the spread of the deadly new coronavirus which has affected more than 400 people and ordered the military to enforce the ban.

He said government “has decided to enforce a nationwide lockdown for 21 days with effect from midnight on Thursday the 26th of March” to “avoid a human catastrophe”.

The number of confirmed in cases in South Africa has climbed six-fold in just eight days from 61 to 402.

“This number will continue to rise,” warned Ramaphosa, adding “the next few days are crucial”.

South Africa has the most confirmed cases of coronavirus in sub-Saharan Africa and public health experts are worried that it could overwhelm the health system if infection rates continue to rise.

The West African states of Senegal and Ivory Coast on Monday each declared a state of emergency in the face of the new coronavirus pandemic.

Senegal will impose a dusk-to-dawn curfew, while Ivory Coast said it would introduce gradual confinement measures. “The speed of the progress of the disease requires us to raise the level of the response,” Senegalese President Macky Sall said in a televised address to the nation.

Senegal registered 12 new cases on Monday to take its total to 79, while Ivory Coast has recorded 25 cases.

The second largest city in the Democratic Republic of Congo (DRC) began a 48-hour lockdown on Monday after the arrival of two people with suspected coronavirus aboard a flight from Kinshasha.

Security forces were deployed in the city of Lubumbashi, in southeastern DRC, where the streets were deserted and stores were closed

The DRC has recorded 30 cases of coronavirus since March 10, two of them fatalities.

Four legislators in Kinshasa on Monday urged President Felix Tshisekedi to place the sprawling capital “in quarantine and isolate it from the rest of the country.”

“We are extremely concerned about the risk of the virus spreading as a result of travel from Kinshasa and the rest of the country,” they said.

Elsewhere on the continent, Zimbabwe closed all its borders to human traffic except returning residents after reporting its first death from the coronavirus.

Kenya’s confirmed coronavirus cases rose by one to 16, while Senegal’s tally rose by 12 to 79.

Ethiopia on Monday shut its land borders to nearly all human traffic as part of efforts to curb the spread of the coronavirus.

Africa’s second-most populous country has so far recorded just 11 infections and no deaths, but officials have struggled in recent days to enforce prevention measures including bans on large gatherings, raising fears the tally could climb.

Other countries in West Africa like Mauritania and Burkina Faso, the hardest-hit country in the region with 99 cases and four deaths, have also announced curfews in recent days.

(FRANCE 24 with AFP and Reuters)