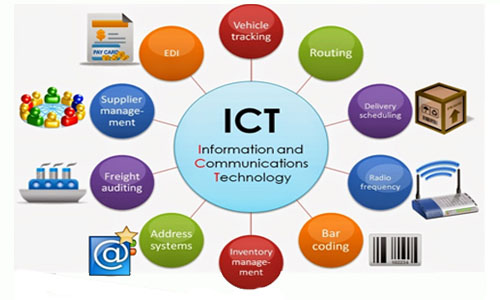 A Civil Society Organisation (CSO), Next Level Agenda Advocates Group, says the ongoing transformation in the nation’s Information and Communications Technology (ICT) noting that it is what the country needs to move to the next level of development.

A statement issued by Solomon Semaka, Executive Director, Next Level Agenda Advocates Group, to commend President Muhammadu Buhari on the achievements in the sector so far, stated that the ICT sector had started contributing to the country’s Gross Domestic Product (GDP).

Semaka commended Buhari for appointing Dr Ali Pantami, first as DG NITDA in 2016 and now as Minister of Communications, and Mr Inuwa Abdullahi as his successor, noting that the ICT sector would soon surpass the oil and gas industry.

He expressed optimism that the revolution initiated in the sector by the former DG would continue, while describing Buhari’s appointment of Pantami and Abdullahi as “joker cards that will revolutionalise the nations IT sector”.

“The President has demonstrated uncommon love for youths by appointing two credible and competent young persons to drive the country’s IT sector.

“In just 45 days in office as the Honourable Minister of Communications, Dr Pantami has pushed ICT contribution to GDP to surpass Oil and Gas, all SIM Cards in circulation in Nigeria registered, 35 percent of Broadband Penetration recorded and foundation for Digital transformation being put in place.

“President Buhari’s administration has undoubtedly achieved for the country within four years what the nation had been unable to achieve in the last five decades after gaining her independence, particularly in the IT sector.

“This undeniable feat is enhanced via a deliberate effort by the President to keep to terms with realities of the time and as well as redeem his promises with the masses.

“Prominent of such glaring realities is the fact that the nation’s economy and her overall growth is totally dependent on the reforms in the IT industry.

“It is also on record that Mr President made an unflinching commitment to an all-inclusive government which perhaps among many high flyers will feature prominently, the proper utilization of intellectual capital and to adequately domesticate the energy and blossoming ideas of the youth,” he said.

The group noted that under E-Governance many leakages in government institutions have been blocked with the help of ICT and had shored up the revenue of the country.

“With the implementation of Treasury Single Account (TSA) and Integrated Payroll and Personnel Information System (IPPIS) and BVN, the Federal Government of Nigeria has been saving a minimum of N24.7billion monthly.

It further noted that Dr Pantami on assumption of duty organised the second annual conference on “Financial Fraud and Cyber Crime” in partnership with the Federal Ministry of Justice and the private sector which had helped to minimise internet fraud. (NAN)