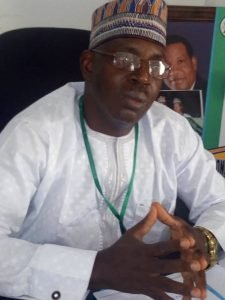 The Plateau Commissioner for Environment, Mr Usman Idi, has said that the state will soon  begin the  fumigation of public areas in the metropolis as part of efforts to control Coronavirus spread.

Idi, who  spoke with the News Agency of Nigeria (NAN) on Friday in Jos, said that the modalities that would guide the exercise on commencement and places to be covered were being  worked out.

He said that places to be  fumigated would include: entry points to the state, parks, offices, major streets and the markets.

‘‘The Technical Committee on COVID-19 accepted the concept of fumigation on Thursday as necessary. We will present it to Gov. Simon Lalong for approval since he is the chairman of the committee in Plateau .

‘‘By next week,  we shall have  a definite position on when to start and where to start. We are engaging the Agricultural Services and Training Centre (ASTC) for the exercise .

” This is because we feel that they have the best equipment for fumigation since it pertains to a very large span of areas and offices as the manual approach may not meet our needs,‘‘ he said.

The commissioner said that similar modalities were being discussed with the local governments to replicate the gesture and ensure environmental hygiene in their areas.

Idi said that  the ministry was working toward ensuring that  all measures were in place for healthy environment and protect the state against any possible outbreak of the virus.

According to him, the Plateau Government has strengthened the capacity of  the Plateau Environmental Protection and Sanitation Agency (PEPSA) by refurbishing additional nine trucks to add to the  five existing ones.

He said that this had brought the trucks to 14  and would be deployed in clearing  high concentration of dumps in the state.

He urged the public to adhere to the preventive measures prescribed by the Nigeria Centre for Disease Control( NCDC) which include:  hand washing with soap and running water, social distancing, use of hand sanitizers and respiratory hygiene.

Idi also urged Plateau residents to adhere to 50 persons for  every gathering as directed by the state government, saying the state was gracious as other states only allow 20 persons per gathering.(NAN)