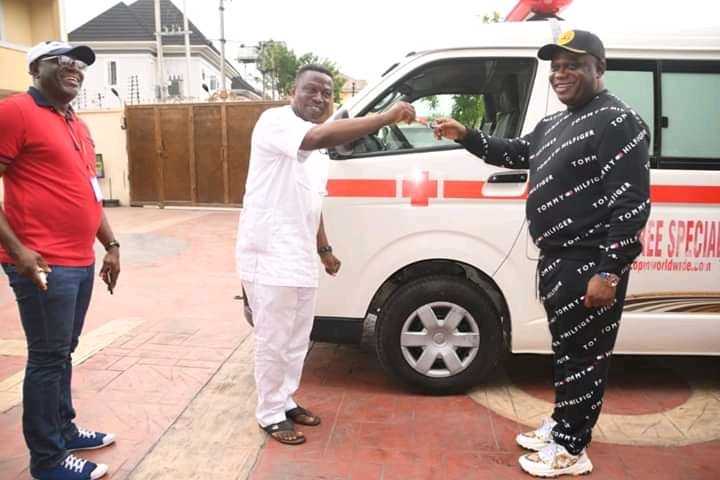 The Omega Power Ministries (OPM) has donated one Advanced Life Support (ALS) ambulance to the Rivers government to assist in the fight against COVID-19 pandemic ravaging the world.

NAN reports that an ALS ambulance is one equipped with cardiac monitor/defibrillator/pacemaker, advanced airway equipment such as endotracheal tubes, used to treat common medical emergencies such as allergic reactions, cardiac arrests, and difficulty breathing.

The General Overseer of OPM, Apostle Chibuzor Chinyere, told a correspondent of the News Agency of Nigeria (NAN) on Sunday, that the ambulance was presented to the Rivers State Commissioner for Health, Prof. Princewill Chike.

Chinyere said that the gesture shown was in appreciation of the relentless effort put in by Gov. Nyesom Wike and other health workers in the fight against the deadly virus in the state.

“By the grace of God Omega Power Ministries decided to support the state government because we have seen the great fight of the governor against COVID-19.

“We appreciate his efforts and decided to support the state with this ambulance in case there is an emergency somewhere.

“We acquired ambulances for our free hospital in Port Harcourt and decided to donate one to the state government because the fight against coronavirus is a fight for everybody.

“As we are praying against its spread, we should also be seen giving support.

“The donation which shall be permanent with the Rivers State government is part of the Church commitment towards assisting the masses in this trial period,” Chinyere said.

According to him, OPM will not relent on its effort to support the government in whatever measures within its reach to fight the satanic epidemic that can sweep the earth of its inhabitants.

The General Overseer who operates a free Specialist Hospital in Rivers State said the ambulance donated to the state was acquired from the tithes and offerings of Church members. (NAN)