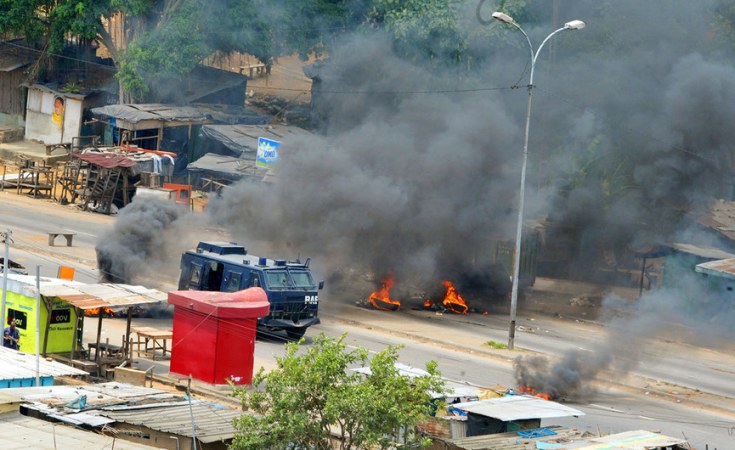 Continuing violence in the wake of elections in Cote d’Ivoire’s presidential elections held on 31 October, prompted the UN human rights chief on Monday to call for a peaceful solution, saying it was in “nobody’s interests to fuel the threat of increasing political instability”.

“Tone down the hateful rhetoric and work to find common solutions, with full respect for the rule of law and human rights, through an inclusive, meaningful dialogue”, High Commissioner for Human Rights Michelle Bachelet urged all sides.

Against the backdrop of violent provocations that followed the disputed 2011 election, Secretary-General António Guterres had appealed to all Ivorians on the eve of this year’s vote, to conduct themselves “in a peaceful manner”.

The election had been laden with tension, according to news reports, when the 78-year-old incumbent, Alassane Ouattara, decided to run for a third term, after he had gone on record as saying that he would step down after two.

When the sitting President was announced the winner, violent clashes erupted that left at least a dozen people dead and many others injured, according to the UN refugee agency, UNHCR.

Election-related tensions, as well as intercommunal violence in some localities, have currently forced more than 6,000 Ivorians to flee the country into neighbouring States, according to the UN refugee agency, and the numbers continue to rise.

Ms. Bachelet expressed serious concerns over the arrests of several opposition leaders – at least eight of whom reportedly remain in detention – and the deployment of security forces at the homes of others.

The Public Prosecutor’s Office also announced that it had opened judicial investigations into allegations against some opposition members, including terrorism-related charges.

Moreover, there have been worrying reports that unidentified individuals had fired shots at the homes of some opposition figures.

Additionally, there are reports that some Government officials’ convoys were attacked by unidentified armed men in the country’s central region, between Bouake and Beoumi, and in Toumodi, which had resulted in casualties, including one death.

“I urge political leaders from all sides to work together to calm the tensions through dialogue – not heavy-handed security responses and arrests”, implored the High Commissioner, calling also for the right to freedom of peaceful assembly to be protected.