Coronavirus: Could Africa cope with an outbreak? 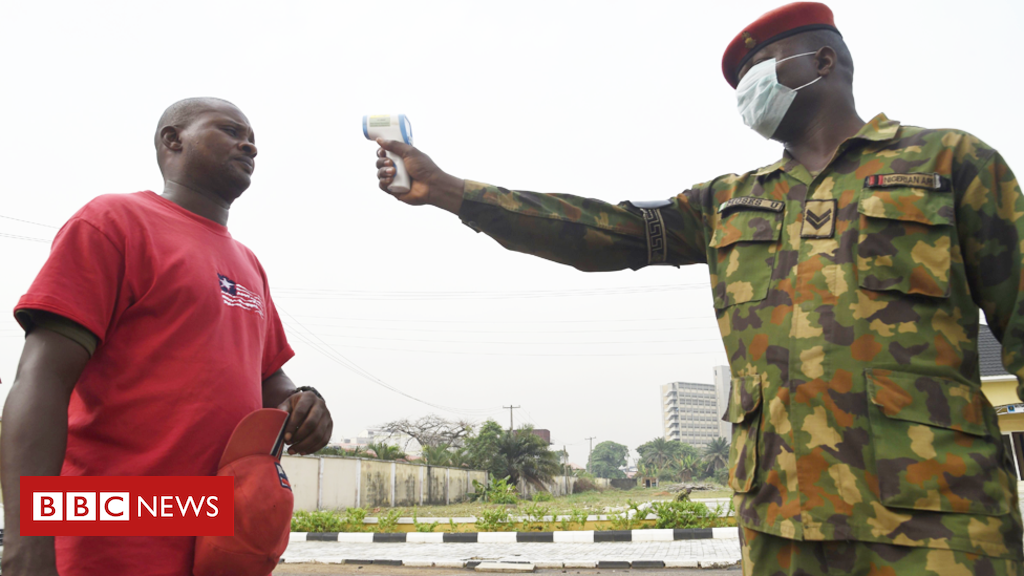 Africa now has more than 30 cases of the new coronavirus, ranging from Egypt to South Africa – including Nigeria, the continent’s most-populous country – although it has so far been spared a major outbreak.

The continent has close links to China, where the infection originated in late December, but the cases in Africa have all so far been linked to Europe.

They have mushroomed in the last week, which is of particular concern as it is feared that poorer countries on the continent may struggle to cope if it does spread.

The World Health Organization (WHO) admitted as much when it declared the coronavirus outbreak a global health emergency earlier in February.

“Our greatest concern is the potential for the virus to spread to countries with weaker health systems,” said WHO chief Tedros Adhanom Ghebreyesus, who is from Ethiopia, said at the time.

As Michael Yao, WHO’s head of emergency operations in Africa, has noted – because the continent’s health systems “are already overwhelmed by many ongoing disease outbreaks” early detection is vital.

“We’re advising countries to at least detect cases early to avoid spreading the new virus within the community – that will be difficult to manage,” he said.

The continent has benefitted from the fairly slow arrival of the virus to Africa – giving its 54 countries a window to set up testing and treatment capabilities.

Coronavirus tests should be ready “within a couple of weeks” across all African nations, according to the World Health Organization.

Currently 33 of 47 sub-Saharan African countries have testing facilities, up from only two in January (in South Africa and Senegal).

In Nigeria – with one confirmed case – its Centre for Disease Control (NCDC) is publishing daily reports with updates on cases and any ongoing contact tracing. It has a free phone number and WhatsApp number for enquires and advice.

East Africa has no confirmed cases yet, although several people have been put in quarantine as a precaution.

In Kenya, the government has just opened a quarantine centre in the capital, Nairobi, for suspected cases.

In Tanzania, the health minister announced that isolation centres in the north, east and west of the country had been identified. Thermometers have been stockpiled and more than 2,000 health workers trained.

Last month, Uganda opted for regulated self-isolation at home for a number of passengers that needed to be quarantined on arrival at Entebbe airport.

Airports across the continent are testing passengers’ temperatures on arrival – and quarantining any suspected cases of the new coronavirus strain that causes Covid-19.

Many countries have stopped flights to China, which has close trade links with the continent.

China is Africa’s biggest trade partner and around 10,000 Chinese firms are currently operating throughout the continent. According to Chinese state media, more than one million Chinese nationals live in African countries.

It is estimated that African airlines have lost $400m (£312m) since the outbreak began with airlines like South African Airways, Royal Air Maroc, Air Tanzania, Air Mauritius, EgyptAir, RwandAir and Kenya Airways all suspending flights to and from China.

As all the cases detected so far originated in Europe, routes to Europe are likely to be affected soon and Kenya, for example, has also stopped flights to northern Italy, Iran and South Korea.

The East African nation, which hosts many international conferences, has also banned such meetings for the next month.

Have any lessons been learned from Ebola?

Dr Yao was involved in dealing with the outbreaks of Ebola in West Africa in 2014-2016 and more recently in the east of the Democratic Republic of Congo. He said he was concerned that there was not enough capacity to treat critical cases of coronavirus.

Countries that dealt with the Ebola outbreak still have the isolation facilities and expertise in controlling infectious diseases.

But when it comes to detection, Ebola is different to the coronavirus.

Ebola only became infectious when symptoms showed, however there have been reports that in some cases, the coronavirus may have been transmitted before patients showed symptoms.

In fact, it is not yet known exactly how the coronavirus spreads from person to person. However, similar viruses are spread via respiratory droplets, such as those produced when an infected person coughs or sneezes.

Plus, with richer, more developed nations also battling the new coronavirus, they may not be quick to turn their focus and assist Africa.

Why HIV could be a problem

South Africa, the continent’s most developed economy, is arguably most able to deal with an outbreak.

But there are particular concerns related to the country’s long-running HIV epidemic – the worst in the world.