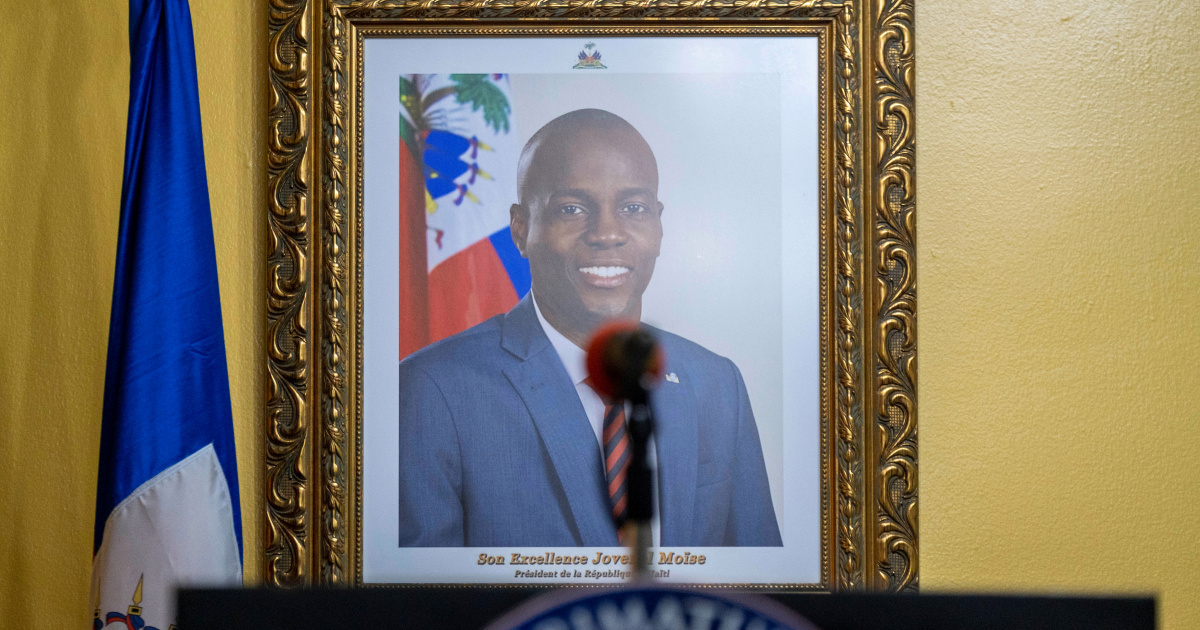 In a statement on Saturday, the Core Group called for the creation of “a consensual and inclusive government” in Haiti, which long before Moise’s killing had seen mounting gang violence and political instability.

“To this end, it strongly encourages the designated Prime Minister Ariel Henry to continue the mission entrusted to him to form such a government,” the statement reads.

The Core Group is composed of ambassadors from Germany, Brazil, Canada, Spain, the United States, France, the European Union and representatives from the United Nations and the Organization of American States.

The group also asked that “all political, economic and civil society actors in the country fully support authorities in their efforts to restore security”.

Moise’s assassination on July 7 has worsened the already unstable political situation in Haiti, as the Caribbean nation’s constitution is unclear about who should take over and the president had been leading by decree for more than a year amid defunct state institutions.

Interim Prime Minister Claude Joseph has been leading the country with the backing of police and the military despite the fact that Moise had announced his replacement a day before the president was killed.

Joseph and his allies argue that the designated successor, Henry, was never sworn in, though he pledged to work with him and with Joseph Lambert, the head of Haiti’s inactive Senate.

Leading civil society activists have said any solution to the current crises facing the country must be Haitian-led. Many have rejected a push by the US and UN to hold general elections later this year, saying continuing instability makes holding a free and fair election impossible.

“This is interference,” Clesca wrote on Twitter. “Worse, this is being done while civil society & political parties are meeting to decide the way forward!”

Haitian civil society and political groups have formed a commission to try to find a Haitian solution to the crises, and Clesca said earlier on Saturday that people were meeting to develop a draft agreement.

Once again, Core Group who takes itself for #Haiti’s ruler, rather than shutting up, is now siding with Ariel Henry to form a government.
This is interference
Worse, this is being done while civil society & political parties are meeting to decide the way forward!#PersonaNonGrata

Magali Comeau Denis, a former Haitian minister of culture and communications and the spokesperson for the commission, told US news programme Democracy Now! last week that Haiti was in “an extra-constitutional situation”.

Comeau Denis said the commission aims “create a broad consensus between all the sectors of the population to propose a Haitian solution” to the crises. “There is no other legal answer to that situation of exception,” she said.

Robert Fatton, a Haitian politics expert at the University of Virginia, said the Core Group’s statement is very confusing especially after the UN representative had said that Joseph was in charge. “More confusion in a very confusing and bewildering situation,” he told The Associated Press.

Meanwhile, questions around the motive behind Moise’s assassination and who ordered the killing persist.

Haitian authorities have accused a group of mercenaries, including 26 Colombians and two Haitian Americans, of opening fire on the president and his wife, Martine Moise, in the early hours of July 7 at their home in the capital, Port-au-Prince.

Eighteen of the Colombians have been arrested, while five are on the run and three were killed.

Haitian police said last week they arrested the alleged mastermind of the operation, a 63-year-old Haitian man living in the US state of Florida named Christian Emmanuel Sanon.

Colombian police chief General Jorge Vargas also said on Friday that former Haitian justice ministry official Joseph Felix Badio may have ordered the killing. It was not immediately possible to reach Badio for comment, and his whereabouts were unclear.

Moise’s funeral is expected to take place on July 23 in Cap-Haitien, a city in the country’s north.

His widow Martine Moise, who was seriously injured in the attack and is being treated in the US, is expected to return home for the funeral.