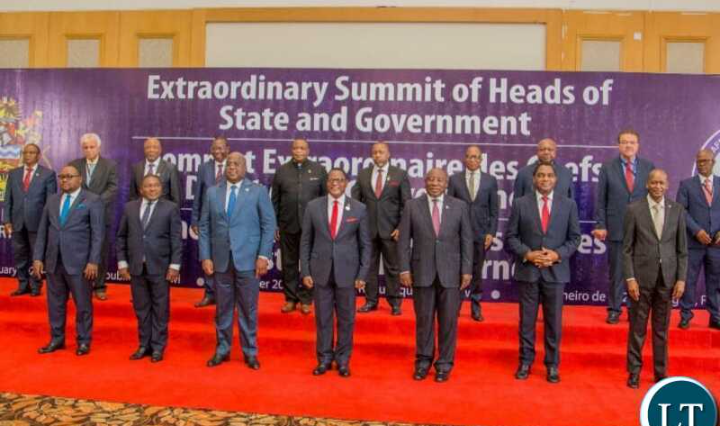 President Hakainde Hichilema has warned that the conflict in Mozambique’s Cabo Delgado Province has the potential to directly affect Zambia if left unchecked.

President Hichilema spoke on arrival back home after attending an Extraordinary Southern African Development Community (SADC) summit of Heads of State and Government in Lilongwe, Malawi that mainly looked at the security situation in Cabo Delgado Province.

President Hichilema and his entourage landed in Lusaka around 19:00 hours via the Zambia Air Force (ZAF) base and was received by service chiefs.

The Head of State hailed SADC for its commitment to peace, stability and security in the region and for mobilising its own resources in combating terrorism in Cabo Delgado.

“We just concluded the Extraordinary Summit of the Heads of State and Government of the Southern Africa Development Community (SADC), which considered the report of the Organ Troika Summit plus Personnel Contributing Countries (PCCs) to Mozambique’s Cabo Delgado Province,” President Hichilema posted on his official facebook page

“The Summit among other matters conveyed deep condolences and sympathies to the Countries and families of personnel who lost their lives while on tour of duty to the SADC Mission in Mozambique’s Cabo Delgado Province. We also applauded SADC for its unequivocal commitment to peace, stability and security in the region and for mobilising its own resources in combating terrorism in Cabo Delgado, which we acknowledged was unprecedented in Africa,” he said.

“The Summit further commended the Government of the Republic of Mozambique for its initiative in implementing the Cabo Delgado Reconstruction Plan, to ease the suffering of the people of Mozambique. The Summit reaffirmed its unflinching support and commitment to ensuring that peace and stability returned to Mozambique in order for the people of that country to live sustainable livelihoods,” President Hichilema said.

According to the SADC Communiqué, the summit considered the report of the Organ Troika Summit plus Personnel Contributing Countries (PCCs) and the Republic of Mozambique held on 11 January, 2022 and commended the SAMIM leadership and the troops for conducting successful operations and for the achievements recorded since the deployment of the Mission in July 2021.

The summit further commended Member States that have provided personnel, equipment and financial support, as well as making additional pledges towards the deployment of the SADC Mission in Mozambique for their commitment to regional peace and security and especially the enormous sacrifice made despite the impact of the COVID-19 pandemic on the economies.

The summit approved the Framework for Support to the Republic of Mozambique in addressing terrorism which outlines, among others, actions for consolidating peace, security and socio-economic recovery of the Cabo Delgado Province.

The meeting noted the good progress made since the deployment of the SADC Mission in Mozambique and extended its mandate with associated budgetary implications, and that it will continue to monitor the situation going forwards.

Summit acknowledged the expression of gratitude to SADC by the Government of the Republic of Mozambique for the continued regional support to Mozambique to combat acts of terrorism and violent extremism in some districts of Cabo Delgado Province, despite the limited resources and the current challenges imposed by the COVID 19 Pandemic.