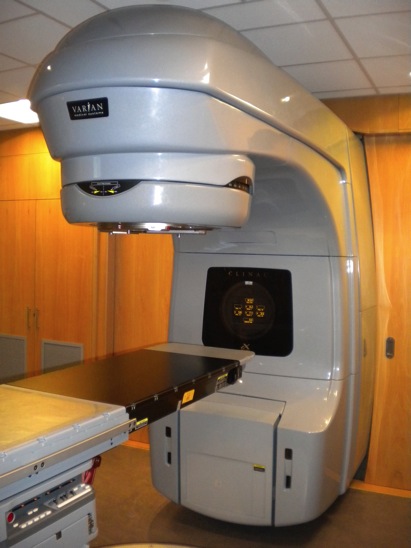 Cancer patients in Kano, Kaduna, Zamfara, Sokoto and Kebbi have called for the provision of more equipment in public hospitals to ease access to quality healthcare.

They made the call in separate interviews with NAN and urged government to invest in the training of health workers.

Dr Auwalu Gajida, the acting Chairman, Medical Advisory Committee of Aminu Kano Teaching Hospital (AKTH) said the hospital is fairly equipped and is providing efficient services to patients.At the Federal Medica Centre (FMC) in Kebbi, the Head of Clinical Services, Dr Taslim Lawal, told NAN that “as a tertiary healthcare service provider and at the same time primary and secondary healthcare provider, we do have all the functional health facilities, depending on the need of the clients.”

According to him, the state government in collaboration with a team of 100 doctors from the country, Chile and United States to offer routine free surgeries and treatment to patients in Kalgo hospital.

“For five years now, we have been in partnership with the American and Chilean team of medical doctors from Moses Lake Foundation in America.

“A total of  5,070 people benefitted from free medical outreach, including patients battling with cervical cancer.

However in Sokoto State, high influx of patients often delay diagnosis and treatment.

In Zamfara, a state of emergency has been declared in the health sector and the government says it is taking steps at reengineering public hospitals for greater efficiency.

In the South West Zone, a visit by NAN correspondent to University College Hospital, Ibadan, found that patient care, staff welfare and facilities had improved, where care for cancer patients witnessed an upgrade as the hospital install a Brachytherapy machine.

Although it is yet to be officially launched, patients have started accessing it and are being treated successfully.

The Cobalt 60 radiation machine, which is one of the few in the country, is also functioning.

“We are also in talks with a private company that deals with oncology machines to install a linear accelerator, which  is the device most commonly used for external beam radiation treatment for cancer patients.

“The medical linear accelerator  is the ultimate machine in treatment of cancer and it can take on scores of patients in a day, so cancer care in the hospital is picking up once again.”

The CMD of Federal Medical Centre (FMC), Idi aba, Musa -Olomu, Abeokuta, said 70 per cent of equipment in the hospital were in good condition and functional.

He also disclosed that some other equipment were  still being expected from abroad.In Osun, Dr Rafiu Isamotu, the Commissioner for Health, said hospital equipment in the state-owned teaching hospital were in  good condition and in full usage.

Isamotu told NAN  that the state government recently received  some equipment from Germany and Canada,  which he said  had so far improved the health management system in the state.

Dr Adewale Taofeek, a doctor at  the General Hospital,  Osogbo, said the recent rehabilitation and equipping of the health centres and general hospitals by government  across the state had  helped to furnish the institutions, noting, however that at present, the  state general hospitals do not have chemotherapy machines.

Dr Jibayo Adeyeye, the Special Adviser to Gov. Oluwarotimi Akeredolu of Ondo State on Health Matters , on his part, said the state had taken giant steps with the commencement of construction of a modern teaching hospital at the former State Hospital in Akure, the state capital.

At FETHI, Ido Ekiti, its CMD, Prof. Adekunle Ajayi, told NAN that the hospital has standard health machines worth millions of naira.

” I want to say categorically that the Federal Teaching Hospital, Ido-Ekiti, is the best hospital in Ekiti: virtually in all our departments such as Surgery, Ear, Nose and Throat, Opthalmology, Dental, Radiology and Physiotherapy among others, world class equipment are available to treat our numerous patients.

“But some of the machines and facilities, that we do not have, though which we will love to have include CT Scan machines, MRI machine, Radiotherapy machines and Advanced Respiratory Care Ambulances.”

At EKSUTH, Ado Ekiti, the industrial crisis involving the management and health workers over the sacking of some staff had, however, scaled down normal activities such that those approached for comments were not ready to speak.

But a medical practitioner in the hospital, Dr Olorunsola Popoola,  said the Chemotherapy and Dialysis machines in the facility were working.

Some patients, who spoke to NAN in Ilorin, the Kwara capital, however lamented the dearth of medical equipment in hospitals across the state.One of the patients, Mrs Dupe Aina, said most times, the medical facilities were not enough to take care of sick patients.

The Director-General, Kwara State Hospital Management Board, Dr Oladimeji Sa’ad-Aluko, however, said that the present administration had made provision for the purchase of hospital equipment in the 2020 budget.

They expressed worry that a teaching hospital such as ESUTH has no functional modern health equipment.

Mrs Josephine Ozor, a patient, said that the mammogram machine in the hospital had stopped functioning for a long time.

Another patient, Mr Okwy Ibeafor, said that the increased number of patients that visited the hospital on daily basis was enough to provide all the doctors and other health workers needed to save lives.

“Patients in this ESUTH are always referred to private hospitals for medical examinations which ought not to be.

A Radiologist and a staff of ESUTH, who pleaded anonymity confirmed that the mammogram machine was not functional, adding that the management was planning to put it into use as soon as possible.

Okwesiri said that most individuals did not get job satisfaction in poorly equipped hospitals.

He said that the high price of some health equipment was one of the major challenges that caused many hospitals not to have essential and functional tools.

Other challenges, the chairman listed, were difficulty in accessing bank loan in the country and epileptic power supply.

On his part, the Health Manager, Enugu State Hospitals Management Board, Dr Okechukwu Ossai, told NAN that the state government had completed plans to create cancer screening centres in the three senatorial zones of the state.

Ossai explained that the centres would be equipped with MRI machines, mammographic machines and other health facilities that would help in proper healthcare delivery services in the state.

He told NAN in Awka that government had done so much to upgrade the facilities at the Chukwuemeka Odumegwu Ojukwu University Teaching Hospital (COOUTH), Amaku Awka.

Dr Basil Nwankwo, Chief Medical Director of COOUTH said a number of equipment like the 64 slide CT scan machine, Mammography machine for testing breast, digital x-ray machine were being installed at COOUTH as well as a Mother and Child Centre.

In Onitsha, NAN investigation reveals that the General Hospital had been locked while nurses who were working there, had been dispersed to other wards since June 2019 and the hospital lacked Mammography machine.

In Abia, the Medical Director, Federal Medical Centre, Umuahia, Dr Azubuike Onyebuchi, said the second Sovereign Wealth Laboratory in Nigeria, being put up at the hospital, “would transform the hospital to one of the most sophisticated diagnostic centres in the world.”

Onyebuchi said that the project had reached 95 per cent completion and would likely be inaugurated before the end of January or first week of February, 2020.

The medical director said that the installation and test run of the equipment as well as training of personnel to man the facility were at their final stages.

In Ebonyi, Dr Emeka Ogah, Chief Medical Director of the Alex Ekwueme Federal University Teaching Hospital (AE-FUTHA) said that services in the hospital had improved to compete with best hospitals in the world.

Cancer, which is a debilitating disease, needs all efforts to tackle, as all hand must be on deck to stem its spread. (NANFeatures)