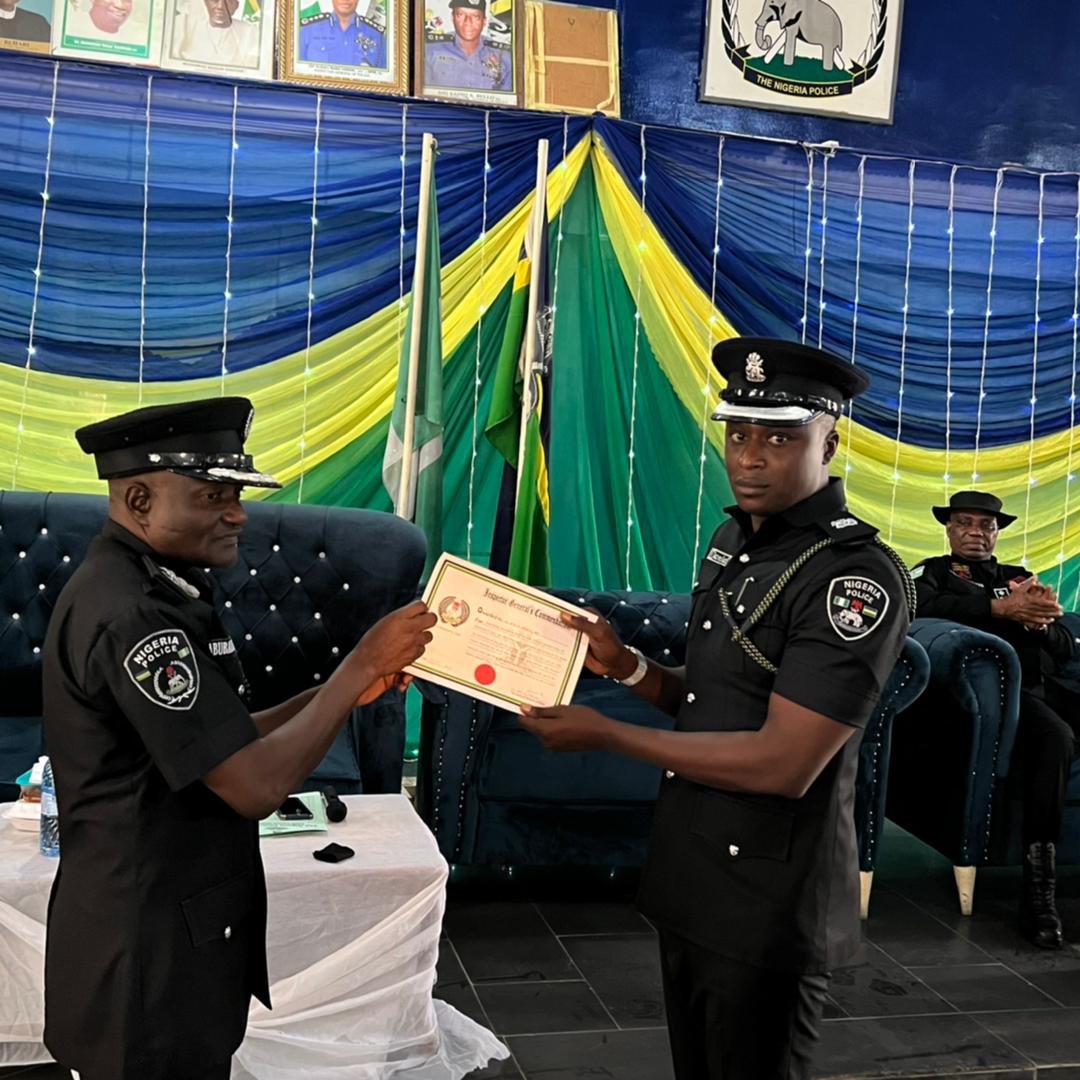 The decision to confer the award on Amah was based in the recommendation of the Chairman of the Independent
Corrupt Practices and Other Related Offences Commission (ICPC), Prof Bolaji Owasanoye in a letter ICPC/HC/PE/PSIA/011/
V /88 dated 13th September, 2022.

The ICPC thereby enjoined the Inspector General of Police (IGP), Usman Baba Alkali to introduce Amah as the Special guest at the opening ceremony of the 4th national summit on diminishing corruption in the public service during which President Buhari would recognize the awardee.

Recall that the IGP had in a letter of commendation hailed Amah for exhibiting “sound professionalism”, leading to the arrest of one Ali Zaki, the Kano-based legal practitioner, and some police officers.

A statement by the Kano State Police Command’s Public Relations Officer, Abdullahi Kiyawa, read in part, “On behalf of the Inspector-General of Police, Usman Baba, the Command’s Acting Commissioner of Police presented a commendation letter to SP Daniel Amah, for maintaining outstanding excellent work ethics, uncommon focus and dedication to duty, and exhibiting sound professionalism leading to the arrest and prosecution of one Ali Zaki and some police officers in a case of an armed robbery involving the sum of three hundred and twenty million, five hundred thousand naira only, as well as rejecting the sum of $200,000 offered to him as a bribe.”