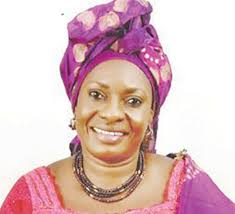 Tallen disclosed this during the National Symposium on the promotion of Women’s Rights and Social Justice in commemoration of the 2020 International Women’s Day celebration in Abuja.

She said the impact of depriving women and girls their rights and opportunities were not only detrimental to the individuals, but the nation at large.

“Given the galloping increase in the cost of exclusion, the more we delay in bridging the gender gaps, we will continue to experience the negative aftermath.

“Therefore, investing in women and girls and ending gender inequality would not only set us on a double-digit economic growth track, but would also significantly contribute to meeting our development goals,” she said.

The minister noted that in spite of challenges arising from insurgency, resettlement of returnee IDPs, post conflict reconstruction and restoration of livelihoods abound.

She said  government was committed towards promoting gender equality, especially in view of the over 100 million women and girls population in the country.

Tallen called on other partners and stakeholders to continue to advocate for gender equality, end gender based violence and women empowerment.

Minister of Health, Osagie Ehanire, while emphasising on the role of women in promoting health and nutrition, stressed the need to support and empower women for improved health status of the nation.

Ehanire called on relevant stakeholders to work assiduously towards ending all forms of violence and abuses against women and girls.

UN Residents Coordinator, Mr Edward Kallon, said the 17 SDGs would not be achieved without full implementation of the fifth goal.

The goal seeks to eliminate all forms of discrimination and violence against women and to promote equality.

Kallon, therefore reiterated the commitment of the United Nations in promoting women rights and gender equality in Nigeria.

Emir of Kano, Mallam Muhammadu Sanusi 11, who was represented by Muhammadu Wada, decried the effects of gender gaps, which had contributed to challenges affecting women, particularly sexual based violence and child marriage.

Sanusi said the need for the adoption of strategies that would enable women play vital roles in influencing policies and national development. (NAN)