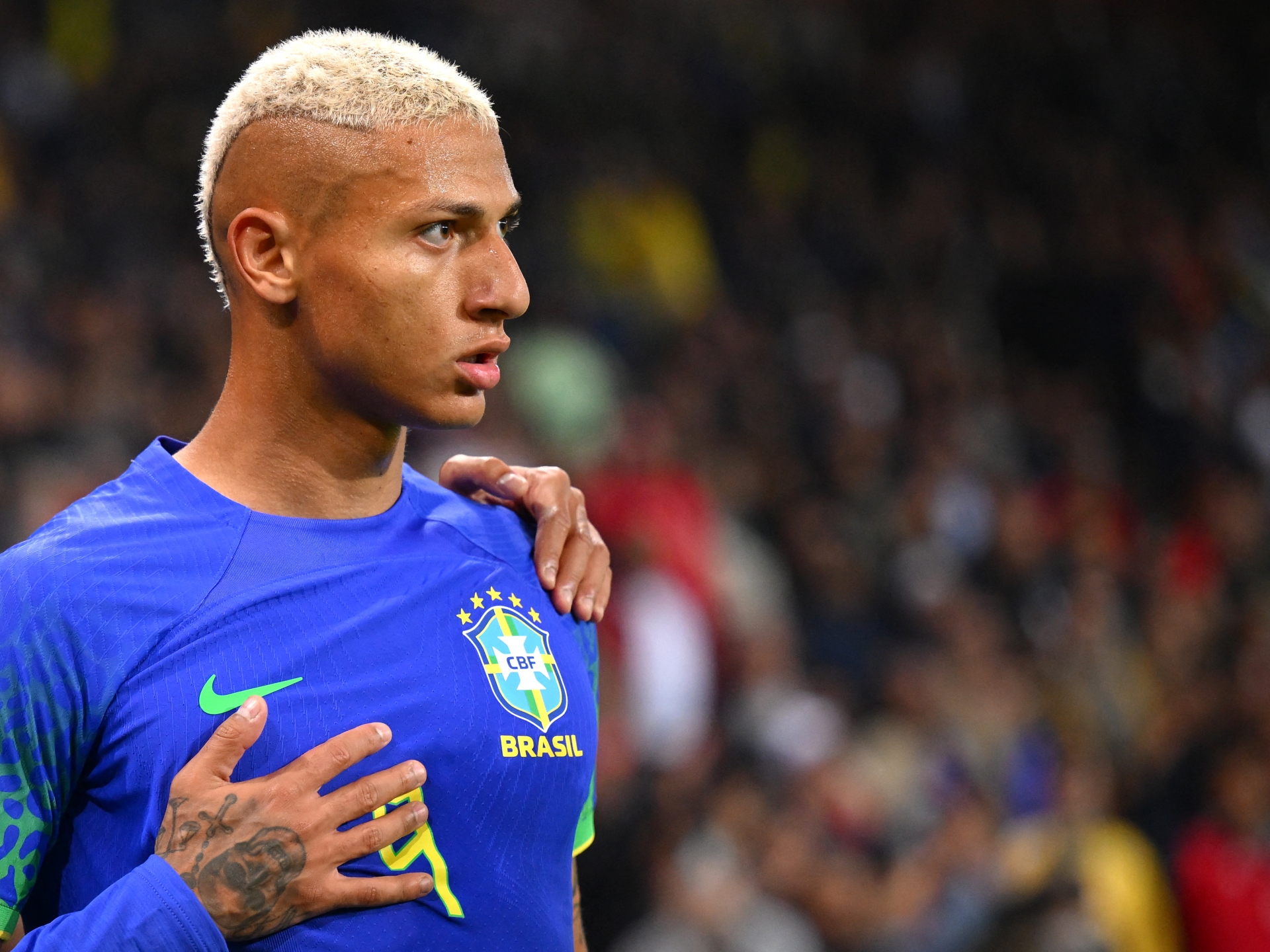 Brazilian footballer Richarlison subjected to racist abuse during a friendly game in Paris against Tunisia.

Brazilian footballer Richarlison de Andrade has responded angrily to racist abuse after he scored a goal for his country in a friendly game against Tunisia in Paris before the 2022 FIFA World Cup.

Richarlison was pelted with objects from the stands including a banana and plastic cups after he celebrated scoring in the 5-1 victory over Tunisia in front of its supporters during the match on Tuesday.

He responded to the incident by calling for the responsible parties to be punished.

“As long as you continue to ‘blah blah blah’ and don’t punish, it will continue like this, happening every day and in every corner. No time left, man!” Richarlison tweeted in Portuguese.

A banana thrown onto the pitch at Richarlison? In 2022? Where is the vitriol we had when he did kick-ups in a Premier League game? The complacency over racism in football is returning. pic.twitter.com/45LzgRgyXp

The Tunisian Football Federation (FTF) said that it “strongly condemns” any racist act in stadiums but added it was not certain a Tunisia fan had thrown the banana.

Brazil midfielder Fred – Frederico Rodrigues de Paula Santos – kicked the banana off the pitch before extra security guards took up residence on the side of the field.

“Unfortunately … a banana was thrown on the pitch towards Richarlison, scorer of the second Brazilian goal,” the Brazilian Football Confederation (CBF) said on Twitter, including a photograph of the banana lying by the touchline.

“The CBF reinforces its position to combat racism and repudiates any prejudiced act.”

The head of the CBF, Ednaldo Rodrigues, said he was “shocked” by the incident and called for stricter measures to be introduced against racism globally.

“We must always remember that we are all the same, no matter what colour, race, or religion. Fighting racism is not a cause; it is a fundamental change to sweep this type of crime from the entire planet. I insist on saying that the punishments need to be more severe,” Rodrigues said.

Another Brazil scorer, Pedro (Pedro Guilherme Abreu dos Santos), responded to more boos and missiles from the crowd by bowing in front of them in celebration.

“It’s a shame, it’s difficult to see images like that,” said Brazil captain Thiago Silva, whose team posed for a group photo before the match with a banner bearing an anti-racism message.

“Unfortunately it seems that we can’t change people’s mentality.

“I hope they will realise that this doesn’t work, it’s the past, we have to change. Unfortunately, people continue with this mentality.”

The FTF stressed in its statement that “the overwhelming majority” of Tunisian fans at the match had behaved in an “exemplary manner” and that if it turns out that a Tunisian threw the banana, “we would apologise on his behalf and on behalf of all Tunisians present at the stadium”, said the statement.

In 2019, FIFA introduced tougher sanctions against racism and any form of discrimination as it is still one of the major global problems in sports.