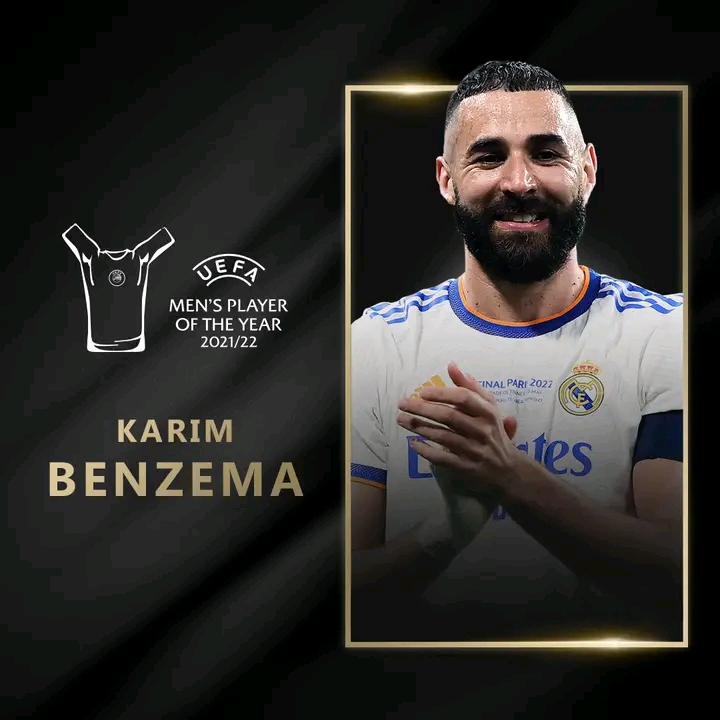 Real Madrid striker, Karim Benzema has been awarded as the UEFA men’s player of the year prize at a ceremony in Istanbul on Thursday.

France striker Benzema captained Real Madrid to victory over Liverpool in the Champions League final and scored 15 goals in the competition.

The 34-year-old scored hat-tricks against Paris Saint-Germain and Chelsea in the Champions League knockout rounds and netted three times across the two legs of the semi-final against Manchester City.
He struck 44 times in 46 games altogether as Real also won the Spanish title.