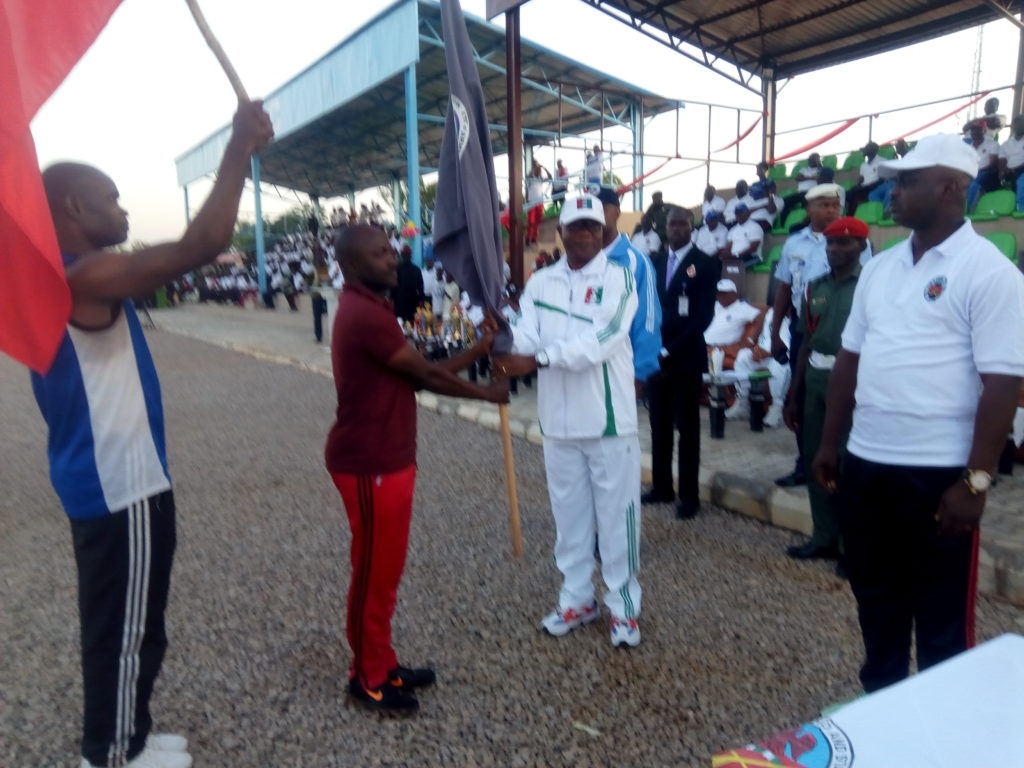 The two teams each garnered 4 Gold, 4 Silver and 3 Bronze to emerge the overall winners.

They were followed by Team Land Warfare with 3 Gold, 4 Silver and 4 Bronze medals.

The Commander, Infantry  Corps,  Maj.-Gen Steveson Olabanji, in his closing remarks said the competition was part of the college’s role in building capacity of members of the Armed Forces.

Olabanji, who was the Special Guest, said “this sports competition constitutes an integral component of the College’s drive towards developing physical fitness and cohesion through healthy competition among staff and students.”

He commended the college for investing enormous human and financial resources in reconstructing its Sports Complex and renovating other sporting facilities to meet the highest standard.

“This shows the great emphasis which the present Commandant of the College, AVM Lawal Alao places on sports.

“I must, therefore, commend the Commandant in particular for the extensive work and for demonstrating responsive leadership in providing the needed training infrastructure and enabling environment for the AFCSC.”

The commander observed that the standard of the competition has improved considering the high level of sportsmanship and fair play displayed by the competing teams.

”It is in this regard that I urge you to continue on this path and of course improve on your performance during subsequent sports competitions.”

Olabanji also observed that the college authority has sustained the Commandant’s mandatory jogging and walking exercise, which he said was important in enhancing mental alertness and sound mind.

He congratulated the athletes and their supporters for bringing glamour to the event. (NAN)